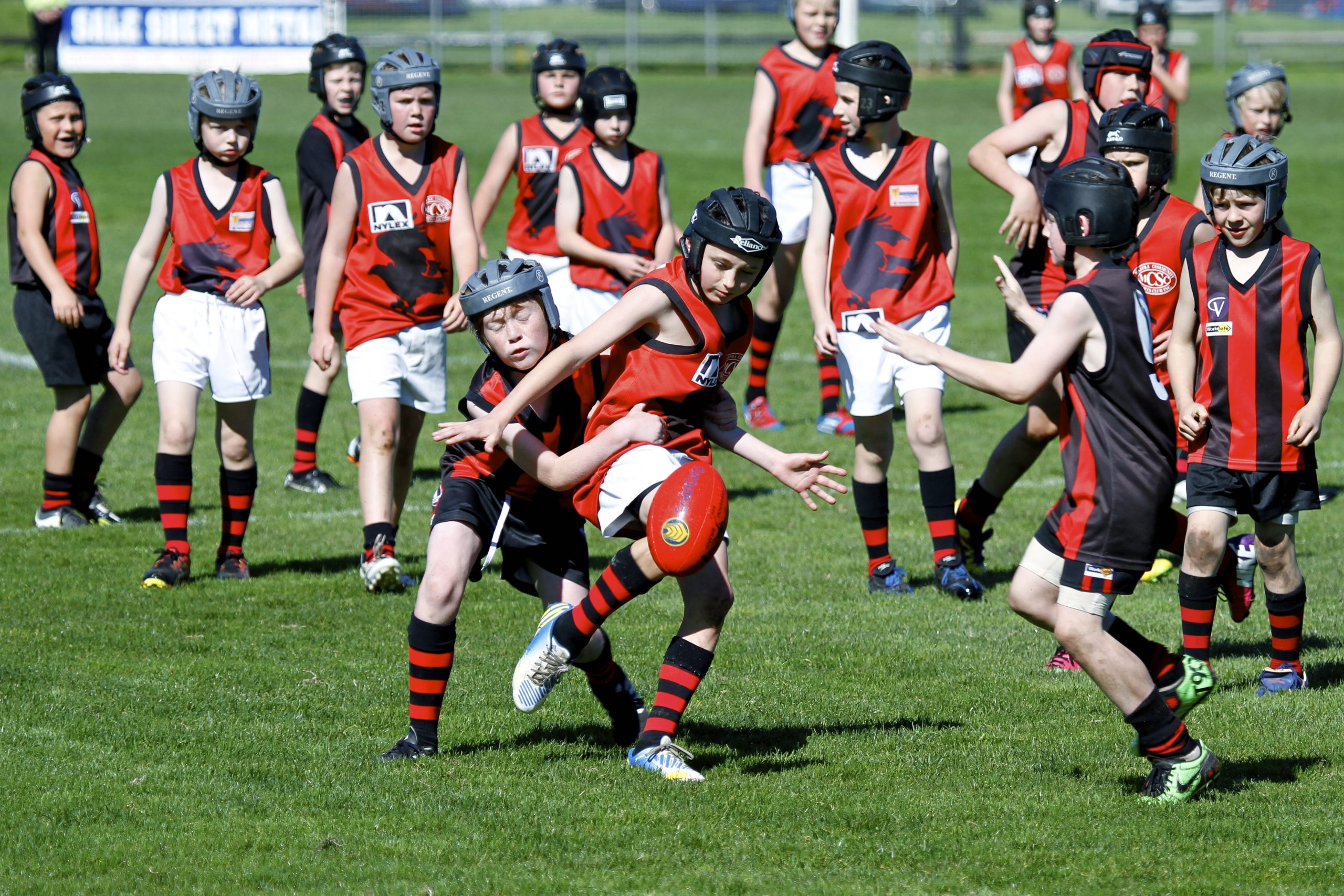 SALE City had the better of College from the first bounce to take out the Sale and District Junior Football under 16 premiership at Sale Oval on Sunday, 14.13 (97) to 6.4 (40).

The College players never gave up and made the Bulldogs, who entered the match as firm favourites, fight for the win. Sale City took an 18-point lead into half-time but kicked away with a five goal third quarter.

City’s Harrison Evans, who claimed his second consecutive Kevin Hogan Medal for association best-and-fairest, was named best on ground by the umpires.

It was a hard fought match with both teams giving their all and throwing everything they had at it. Inaccurate kicking by Sale kept College in the game but a five-goal second quarter set up the win for Sale.

The umpires awarded best-on-ground to Dylan Sclater from Sale.

Both had been strong competitors during the season and this game was no different.

Maffra Red had most of the ball in the first quarter with Maffra Black hitting back in the second. Red took a seven point lead into three-quarter-time, an edge it held until the final siren.

NAMBROK-Newry comfortably accounted for Heyfield in the under 12B final at the College Oval on Saturday.

Both sides managed 10 scoring shots, and the Kangaroos were left to rue missed opportunities.

MAFFRA Black and Southern Suns played off in a hard fought under 14B final.

Both teams came out firing which made for an even first quarter before Maffra Black pulled away in the second quarter, kicking four goals to one, setting them up for the win.