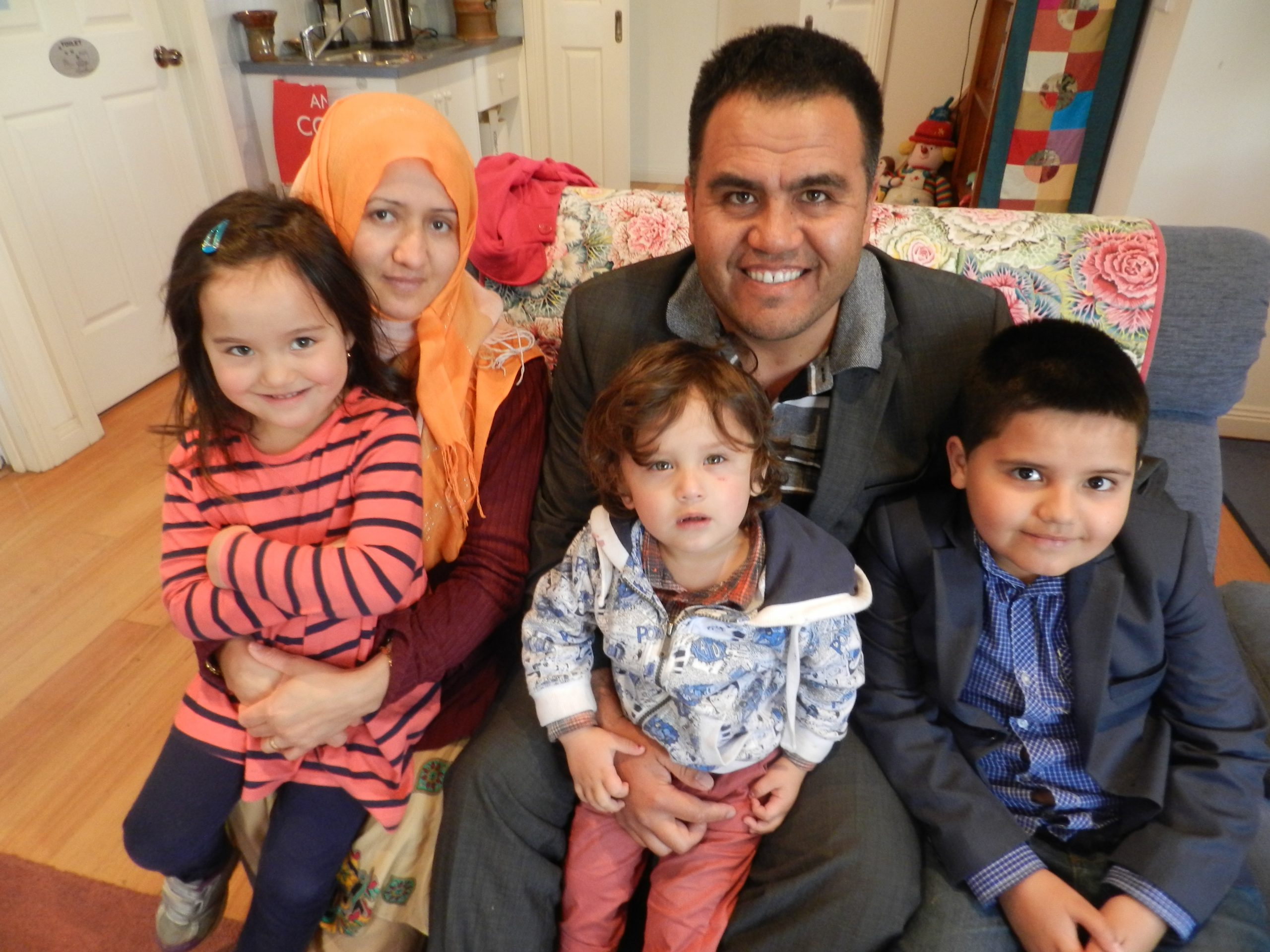 QASEMY Nasim smiled as he described his newfound life in Australia as near perfect.

But 16 years ago, Qasemy had been just a stone’s throw from death.

Living in Tamaki in the remote south-east of Afghanistan in 1998, Qasemy and his family, from the Hazara ethnic group, were direct targets of invading Russians and Taliban soldiers.

In a story printed in the Gippsland Times about 10 years ago, Qasemy gave an unsettling description of life in Afghanistan.

“The house in front of us had terrorists in it and all the time they would come over to us just to kill,” he told the Gippsland Times.

“Always, always, there was a strong feeling that they, and the Russians, would come to take the young men and the women.”

After two of his brothers went missing, presumed dead, Qasemy and his family fled from Afghanistan, leaving behind the only life they knew.

“There wasn’t enough security for us and there was a direct threat to our lives and that’s why we chose to leave Afghanistan,” he said.

Newly married and starting a life together, Qasemy and his wife Hakima were forced to separate.

She travelled to Quetta in Pakistan with her parents, and Qasemy boarded a boat to Indonesia, which eventually made its way to Australia.

He had never heard of Australia, but he knew he was safe from the war and turmoil in his home country.

It was a new chance at life so many people from his village would never experience and a life two of his brothers would never know.

But this life, although safe from dropping bombs, was a different kind of war zone.

Sale woman Jeanette Gibson, a psychologist at Curtin Detention Centre in 2002, described it as a “horror”.

“I was working at Fulham prison and Fulham had the charter to work at a few of the detention centres, so I did a six week stint at Curtin in February-March 2002,” Jeanette said.

“There were 40 women and 40 children and the rest were men from Iran, Iraq, Sri Lanka and Afghanistan.

“I met lots of people, but the person who probably stood out was Qasemy.”

Qasemy had been detained at Curtin Detention Centre for a year and a half when he met Jeanette.

“(He would) wait outside my office most days because he wanted to learn English, and I had told him I was an English teacher.

“So he would wait outside and he would have a magazine.

“In the 36-40 degree heat we would walk along … and he would have words underlined that he wanted to know what they were.

“They were words like ‘the’ and ‘then’ and I had to try and think quickly to tell him what they were and he would have a little notebook where he would write the words down.

“I was so impressed by his tenacity even then.

“His childhood had been punctuated by Russian bombs and his two brothers had been captured by the Taliban.

“He and I connected really well.”

After being detained at Curtin Detention Centre for two years, his cousin Ali, who was also in detention, was sent back to Afghanistan.

“When I came here to Australia I spent two years in the detention centre and my cousin was there.

“He had to go back to Afghanistan because the government didn’t want to accept us back then.

Ali returned to his village but after being there for just two days, he fled again, this time to Pakistan.

“He couldn’t stay in Afghanistan; he had to go to Pakistan, then in Pakistan he rang me and said he found my wife,” Qasemy said.

Jeanette said Qasemy had lost contact with his wife when they fled from Afghanistan.

“She’d run with her parents; they were going to be killed,” Jeanette said.

Qasemy was transferred to Baxter Immigration Reception and Processing Centre for a further two years while his claim for asylum was processed.

When he was released, Qasemy applied for a permanent visa so he could visit Hakima in Pakistan and still return to Australia.

“I went to Pakistan and stayed about six months with her and then I came back,” he said.

“Then I put in an application to bring her to Australia and was successful in about three to six months.”

Qasemy and Hakima have since settled in Adelaide and have three children, Ali, Olya and Aqeel.

“I’m a part of it and I’ve started my own business.”

Qasemy said his children had embraced the Australian way of life and one day he would teach them about Afghanistan and their history.

“So far they don’t know the history; how they ended up in Australia … and became Australia citizens.”

He said it was something they would learn in time.

Qasemy said he would like to return to his village in Afghanistan, but just to visit.

“Not permanently, but I would go to visit for a holiday,” he said.

“I would never go there to stay forever.”

Qasemy remains in contact with Jeanette, visiting Sale recently with his family for the opening of the Pat Waters Face to Face with Asylum Seekers exhibition.

Jeanette said Qasemy’s journey was a successful one, but this wasn’t the case for many others.