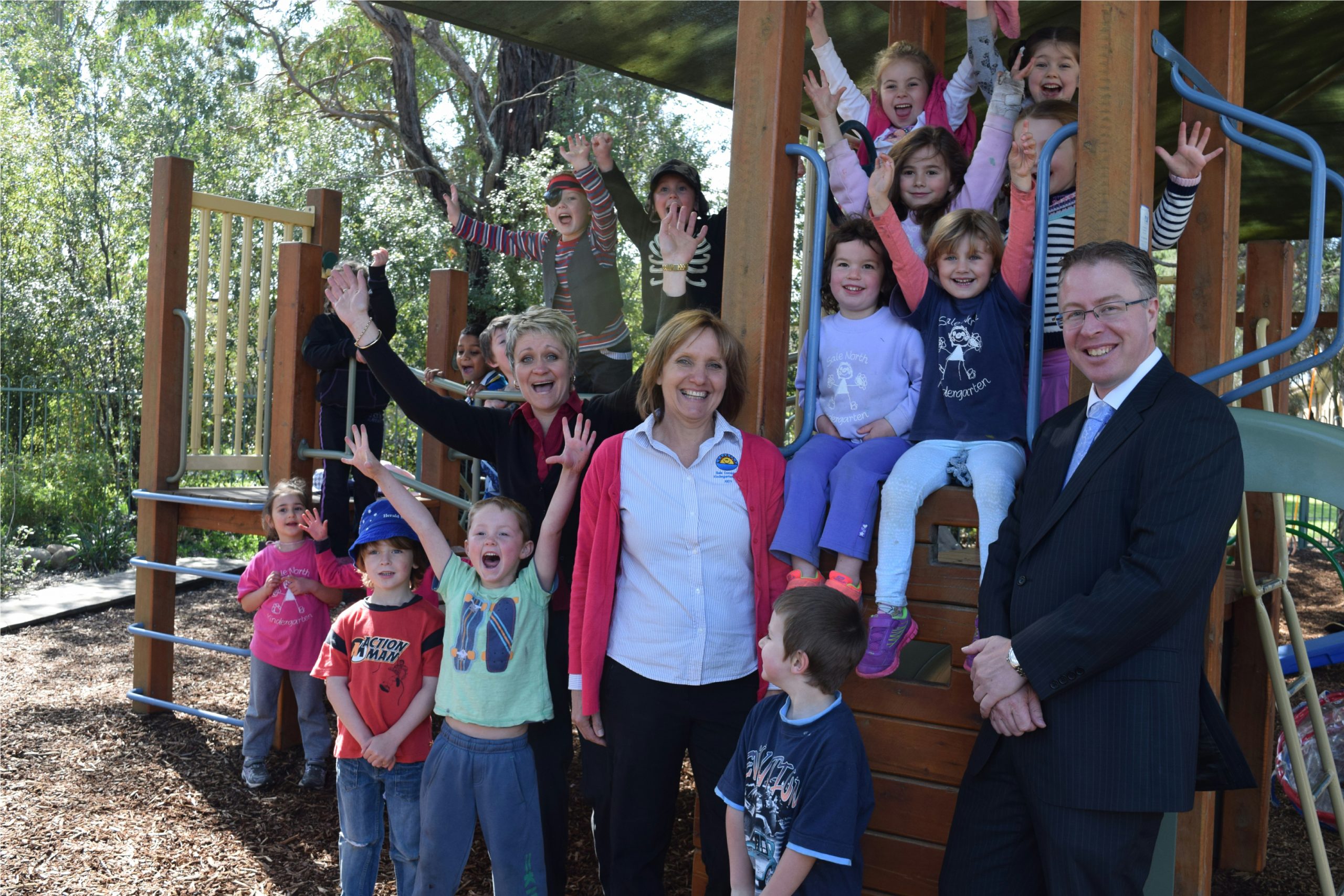 FUNDING for 15 hours of fours kindergarten per week at Sale North Kindergarten will continue next year.

Eastern Victoria MLC Andrew Ronalds said the state government funded its full share of 10 hours of kindergarten in May’s state budget and had spent the past five months in productive discussions with the federal government to provide the remaining five hours.

The federal government recently announced the funding commitment through the extension of the national partnership agreement on early childhood education.

“This funding will continue to provide families with the subsidised 15-hour weekly program that ensures kindergarten is affordable and accessible for every Victorian child,” Mr Ronalds said.

“It will provide certainty for families that their children will be provided with quality early childhood education, preparing them for the transition to school.”

Sale North Kindergarten teacher Judy DeBono said the extended 15-hour program introduced last year had been a success with children and was widely supported by families.

“We have found that there is so much more learning occurring,” she said.

“Children learn through play, and the extra hours means we don’t have to interrupt their play all the time.

“We promote independent learning that is student-led and initiated, and the 15-hour program gives us the ability to create the environment for that to happen.”