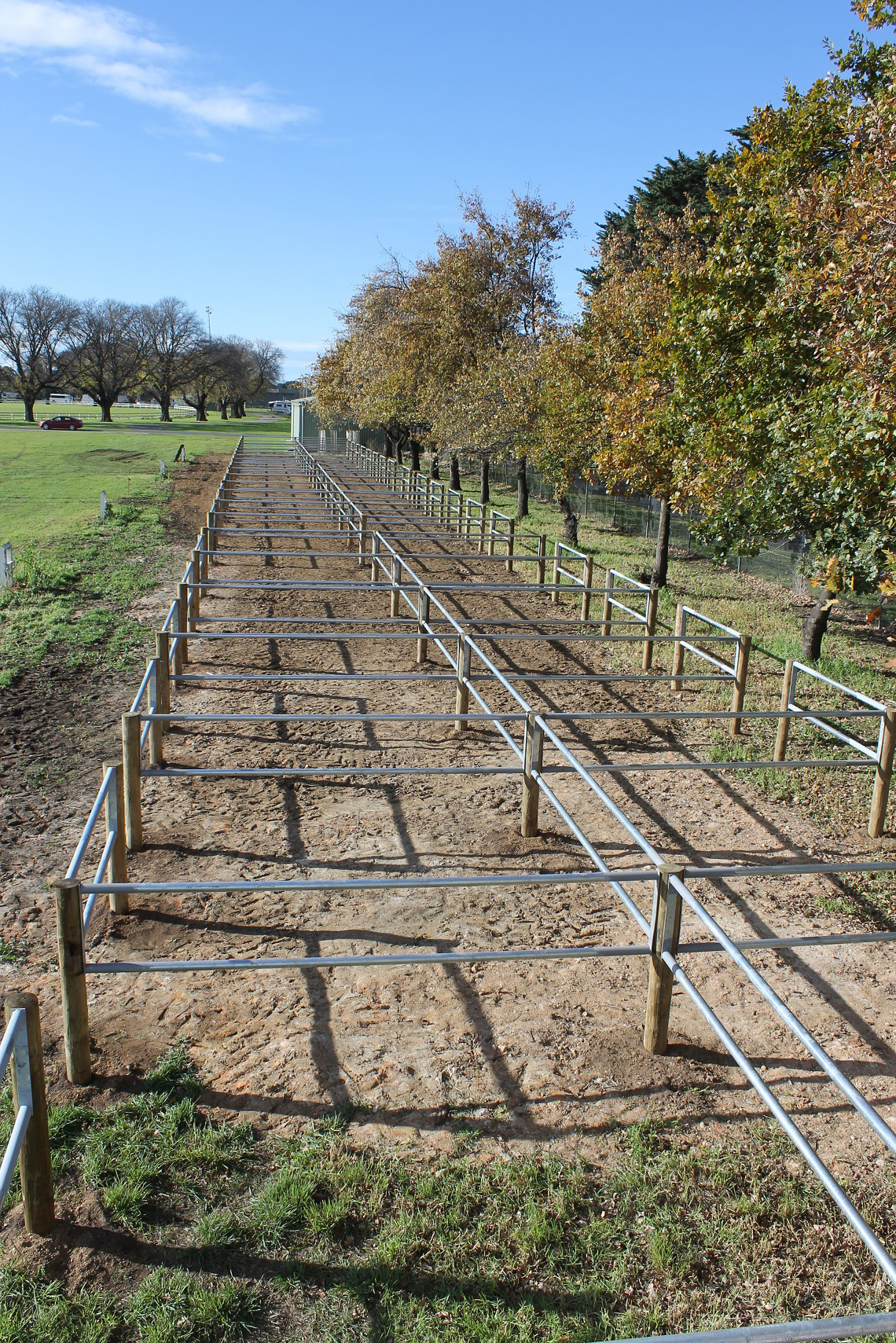 PREPARATIONS are well under way for the 151st Sale Show which is just a month away, with a number of improvements to facilities.

Stage two of horse yard upgrades have been completed on the McGhee St side of the back paddock.

The upgrade includes 48 of the existing yards, which have been moved closer to the fence line, providing more shade and more parking area in the paddock.

This second stage of improvements has been made possible with state government funding.

Adding to the ground improvements for equestrian events, Sale and District Agricultural Society has commissioned a new groundwater bore, and bought an additional six megalitres of groundwater for watering the grounds.

A new cattle shed, to be officially named the Rob Young Cattle Shelter, has also been built.

The free-standing structure will provide an exceptional under cover area for cattle entrants for this year’s show.

The official opening will take place on the Friday morning of the show.

To improve environmental impacts and modernize facilities for the show and the caravan park facilities at the grounds, the society has installed a 10kW solar power system on top of the Morrison Pavilion.

A society spokesperson said the improvements had been made possible with the support from local residents and businesses.

The Sale Show is scheduled for October 31 and November 1 and 2 (horse events only on November 2).

People can keep in touch with Sale Show on the Facebook page www.facebook.com/gippslandshowsale