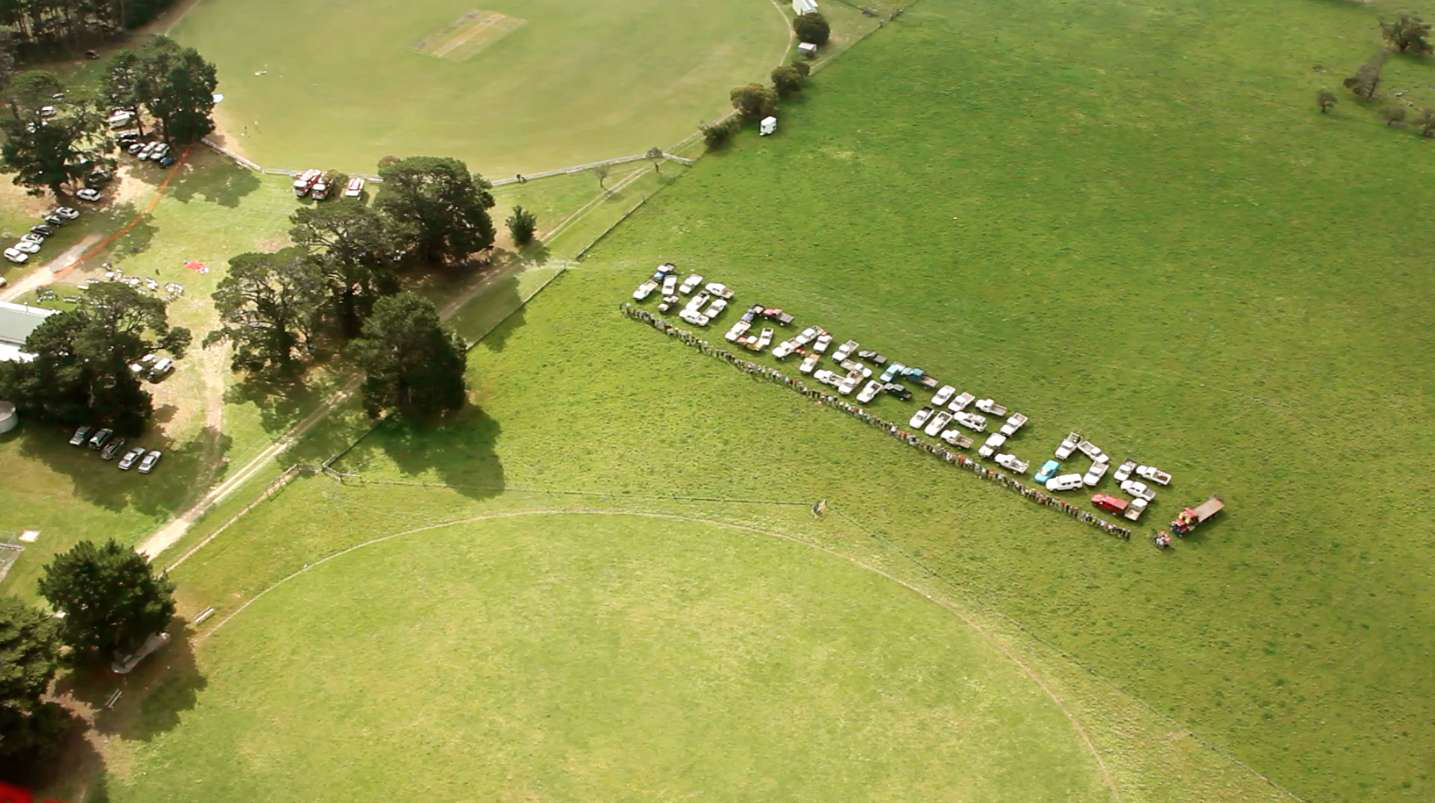 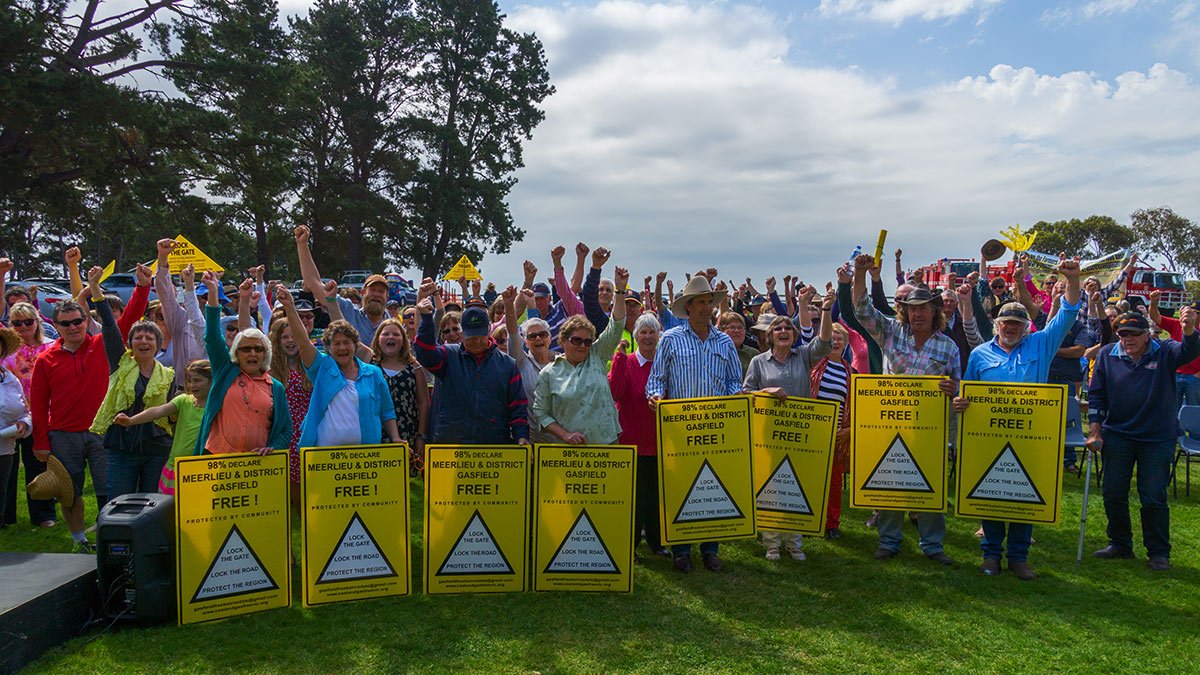 MEERLIEU and district is the 26th community in Victoria to declare itself gas field free after an estimated 200 people gathered at the Meerlieu Hall on Sunday.

A giant ‘no gasfields’ sign was formed by farmers’ utes, and people formed a line underneath the words, underlining their concern about unconventional gas mining.

Event coordinator Anita Hallett said more than 450 residents from the Goon Nure, Bengworden, Meerlieu and Perry Bridge districts were surveyed and an overwhelming 98 per cent responded to the survey question by saying no to unconventional mining in the community.

Gasfield Free Bairnsdale coordinator Debbie Carruthers said she was pleased to have representatives attending from both shires.

“Both councillors were asked to take the information that they received today, back to their fellow councillors and inform them about the declaration and the will of their communities,” she said.

“Meerlieu and district is now the 26th community in Victoria to have shown its deep concern about coal seam gas mining by taking similar action, although this is the first ute sign,” Ms Carruthers said.