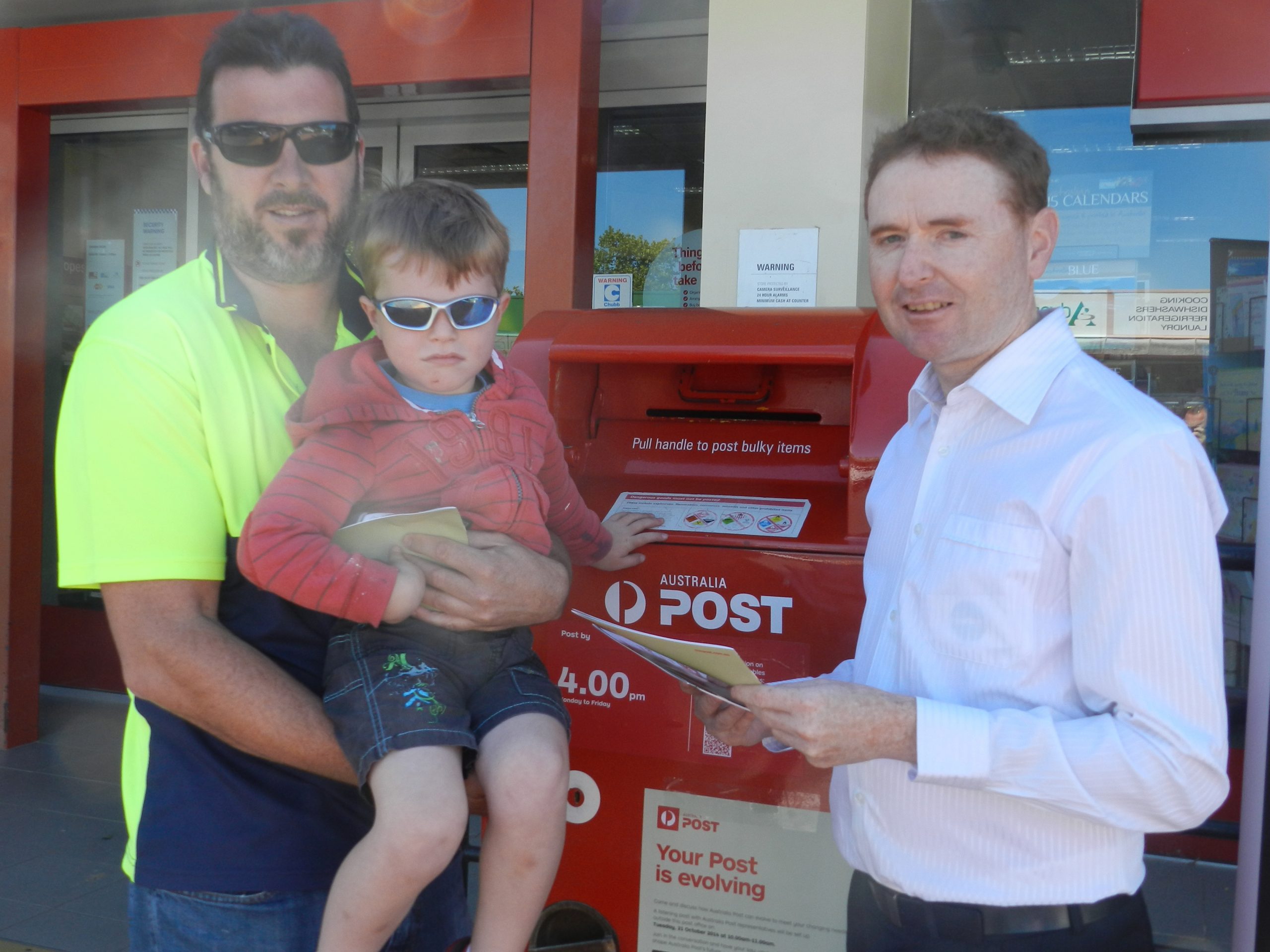 AUSTRALIA Post will tackle the steady decline in the letter market by introducing a two-speed letter service.

Customers will be able to choose between regular delivery speed at a cheaper rate, or priority speed.

Representatives from Australia Post were at Sale’s retail post office on Tuesday to talk with the community about the problem.

Since its year of peak volume of 4.6 billion items in 2008, Australia Post has sent one billion fewer items, a fall of 25 per cent.

“It has been declining at a rate of five per cent each year, but last year it was double that at 10 per cent,” he said.

“Parcels are growing, they are up by 20 per cent. But the decline in letters is outstripping the growth in parcels, so we are at a real fork in the road.

“We are looking to introduce a two speed service for our letters, normal, which will be at a cheaper rate, or priority, which will be delivered next day.”

Growth in the parcel market has almost entirely been driven by online shopping, with about 70 per cent of the parcels Australia Post handles generated by online transactions.