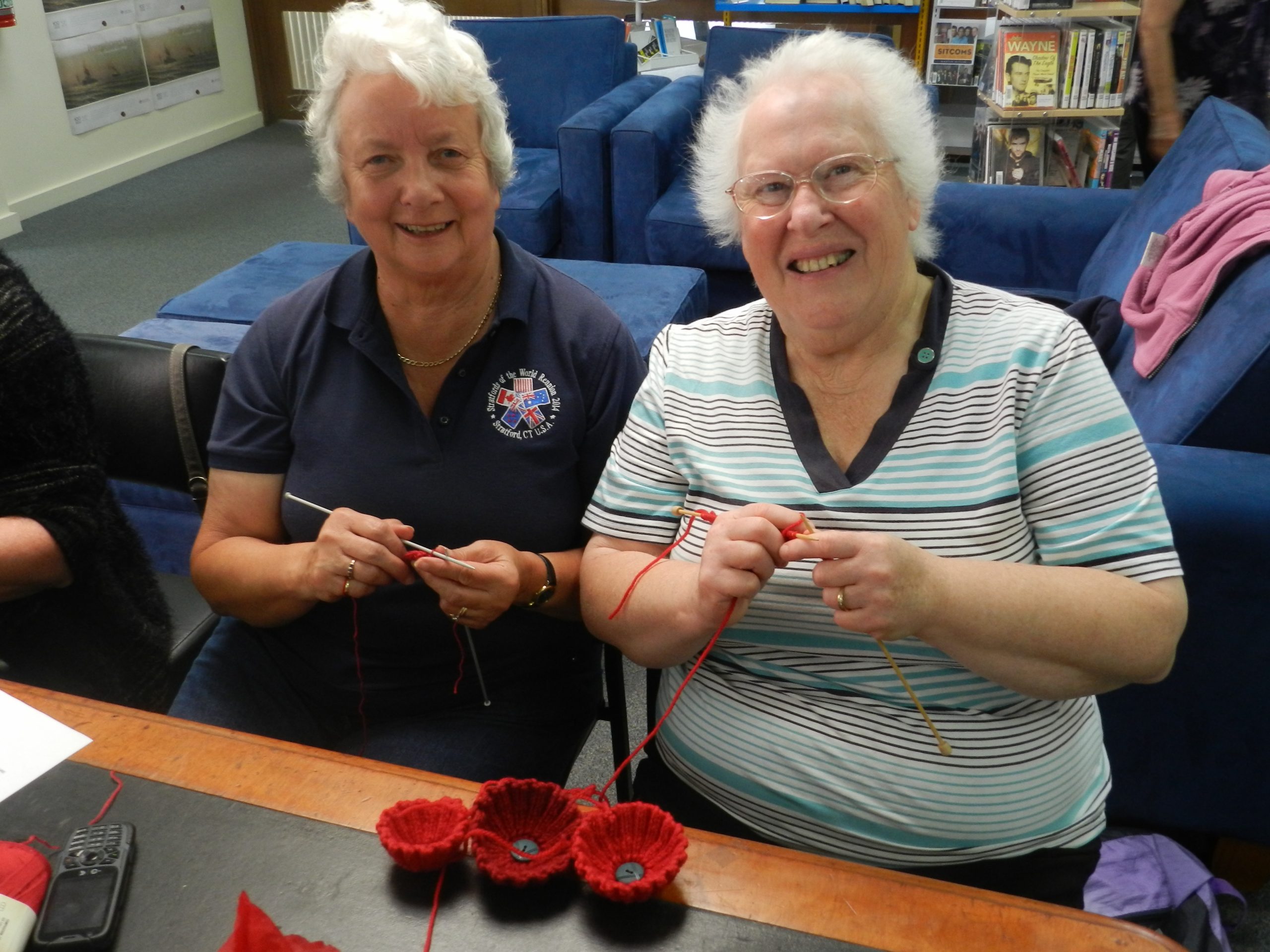 A GROUP gathered at Stratford Library on Wednesday to knit and crochet red poppies for the 5000 Poppies project.

The poppies will be on display at the Remembrance Day service in Stratford on Tuesday, and at the Anzac commemoration in Melbourne next year.

The poppies will be laid in Federation Square, Melbourne, next year as a tribute to Australian service men and women for more than a century of service in all wars, conflicts and peacekeeping operations.

Red poppies are symbolic of Remembrance Day, as they were among the first to flower in the battlefields of northern France and Belgium in World War 1.

The project was created by Melbourne based fibre artists Lynn Berry and Margaret Knight.

To commemorate the Anzac centenary, they are asking Australians to contribute to the 5000 Poppies project, which recently reached more than 50,000 poppies.

Those who were unable to make it to the poppy making workshop are being encouraged to make poppies at home or with friends and take them to the ceremony next Tuesday.

Poppies can be crocheted, knitted, felted or sewn from any materials, and should be no more than 15cm in diameter.

Poppies made for the 2015 commemoration will need to be completed by March 15 next year.

Poppy patterns for knit, crochet and felt are available from the Stratford Library or visit 5000poppies.wordpress.com/poppy-patterns/

For more information, phone the Stratford Library on 5145 6403 or visit 5000poppies.wordpress.com/