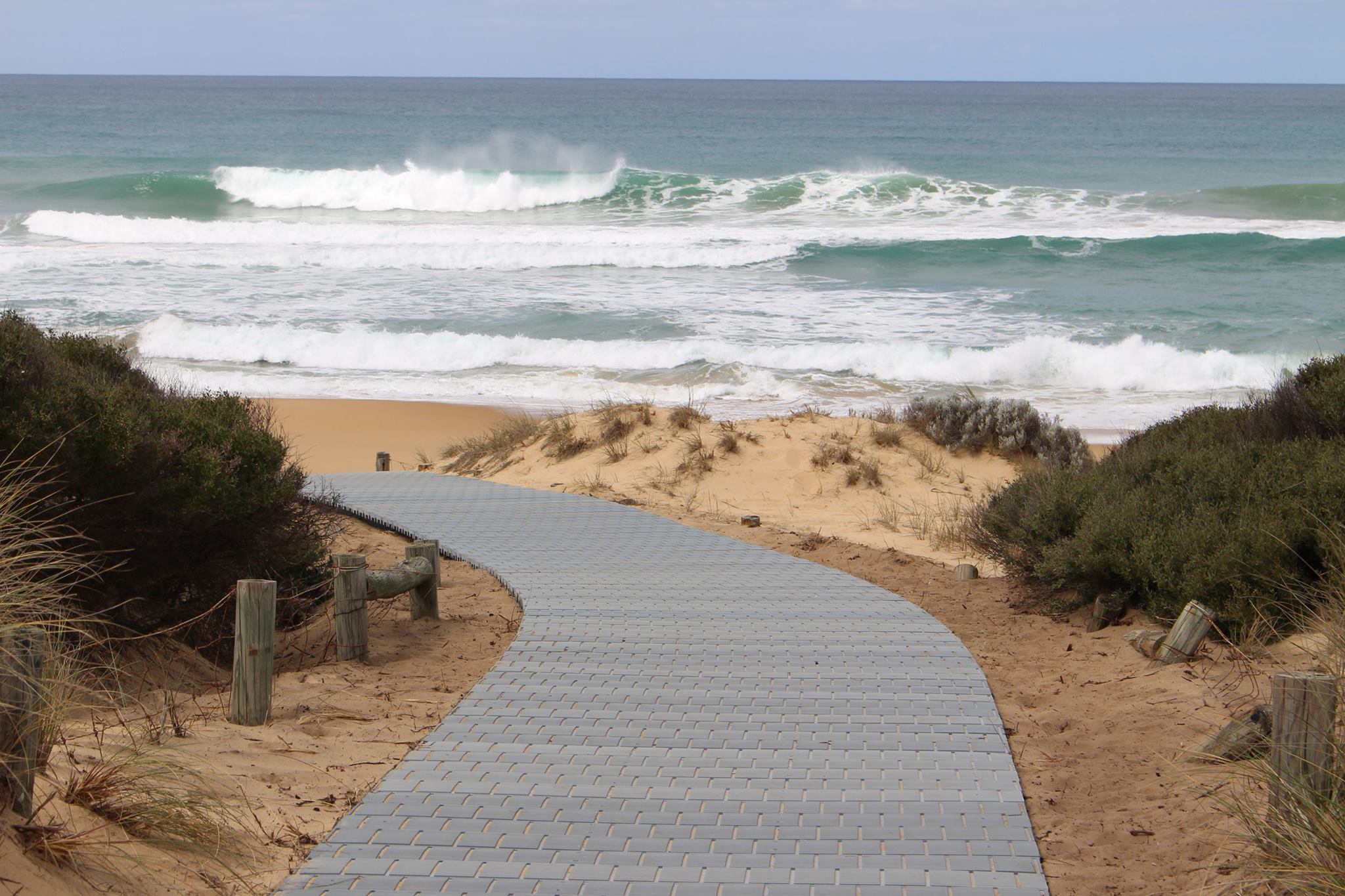 ANGLERS visiting the Ninety Mile Beach at Loch Sport have improved access to the surf beach with the opening of a new boardwalk.

“The boardwalk will be particularly helpful for the elderly or those with limited mobility for whom carrying fishing rods and gear may be a challenge,” Mr Ryan said.

Mr Ryan has praised Loch Sport Community House and the Loch Sport Angling Club for their management of the installation of the 1.8 metre wide boardwalk, which was made from recycled moulded plastic.

The $70,000 project also received financial support from the Wellington Shire Council, the Bank of Melbourne, Loch Sport Angling Club and community donations as well as $50,000 from the state government.

Eastern Victoria MLC Danny O’Brien said the official opening of the new boardwalk was significant for the Loch Sport community.

He said fishing contributed significantly to the social and economic wellbeing of regional communities, which is why the state government had provided $16 million through the Recreational Fishing Initiative.

“Through this initiative many projects have been funded including boardwalks, new jetties and boat ramps which significantly improve access for anglers.

“In addition, 750 rainbow trout were recently released into Lake Guthridge at Sale with funding from this program.”

Mr O’Brien said the Ninety Mile Beach was a magnificent stretch of coast which boasted excellent fishing opportunities, with species such as salmon, gummy shark, flathead, elephant fish and snapper often caught by those fishing from the beach.

“I encourage all anglers to visit Loch Sport in the near future, enjoy the improved access on the Ninety Mile Beach and cast a line,” he said.