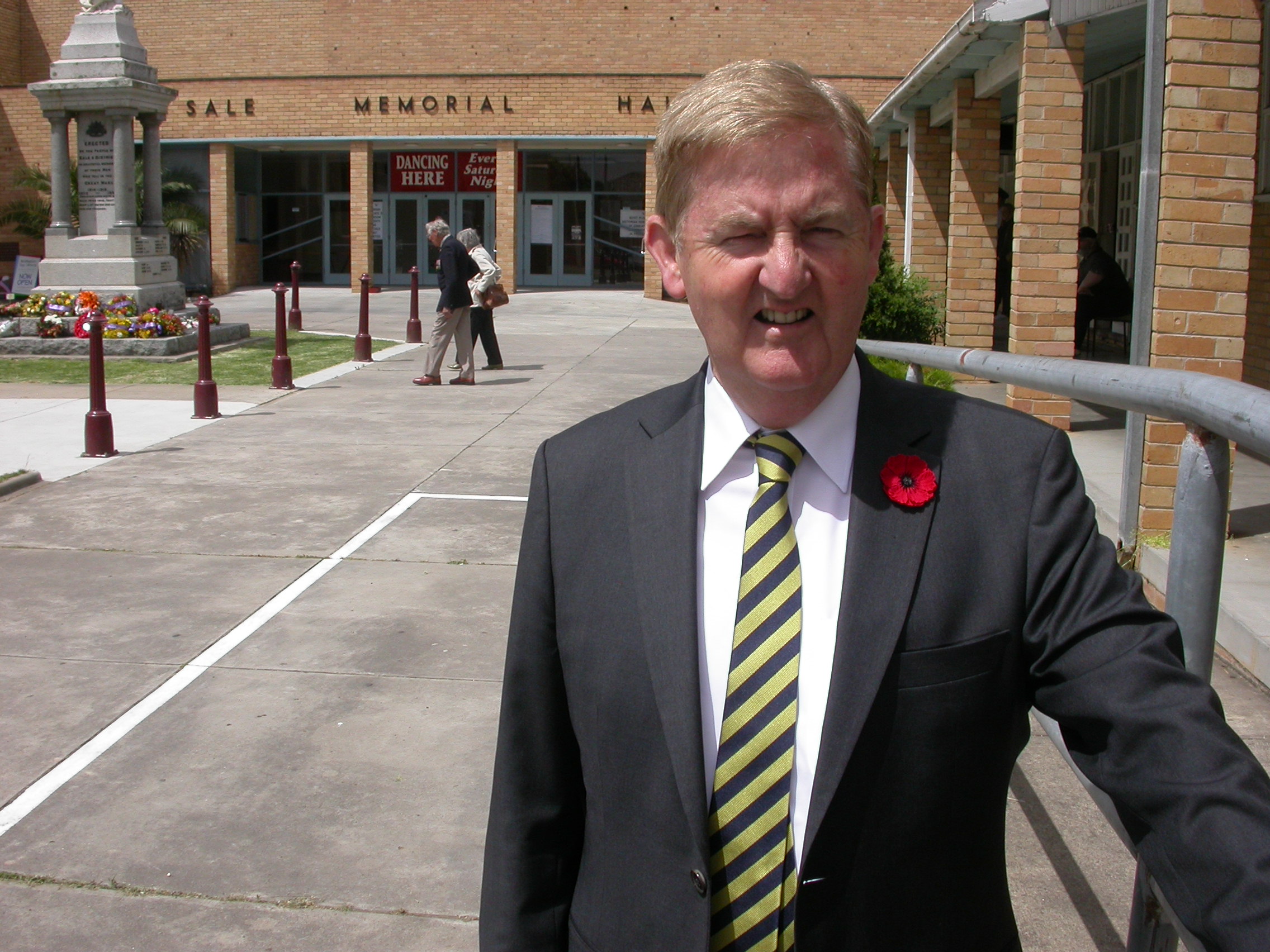 THE Sale Memorial Hall is set to get a new lease of life with a master plan to direct future development.

The state government has contributed $30,000 for the master plan for the precinct, which encompasses the main hall and buildings which previously housed the library, art gallery and City of Sale council offices.

Wellington Shire Council will contribute $10,000 towards the plan, which is likely to be completed by the middle of next year.

The government funding was announced shortly after the Remembrance Day service was held in the hall’s forecourt, where the centrepiece is a 90-year-old cenotaph listed in the Victorian War Memorials Inventory.

“These buildings were built in the 1950s and ’60s and have had limited renovations, so now they require significant attention,” he said.

“This project will guide decisions on the renovation and redevelopment of all three buildings.”

Mr Ryan said current and future uses of the precinct would be carefully considered to achieve the best possible outcome for the community. He said council, the hall committee and user groups would be involved in the process to compile the master plan.

“Redeveloping this precinct will give community members three excellent facilities where they can come together to hold events, workshops and sporting club functions,” Mr Ryan said.

“The finished works will contribute to a greater sense of community and greatly improve liveability for Sale’s residents.”

“It is particularly appropriate timing for the state government to announce $30,000 funding to assist with the development of a master plan which we hope will guide the hall’s next 70 years,” she said.

“Whilst the Sale Memorial Hall is not a council-owned facility, we provide an annual operating subsidy of around $40,000 for its ongoing maintenance. We also provide support to the committee of management when required.”

Cr Crossley said the hall committee kept up with trends in hall use to ensure the facility’s future was as secure as its long and illustrious past.

“The committee of management has many ideas regarding potential infrastructure upgrades and improvements for the hall, in order to maintain and improve this significant site for the future. Rather than money be spent on a number of small improvements, we and the committee believe it appropriate to consider the facility’s bigger picture, on both its existing and potential future uses before commencing any improvement works,” she said.

“Council has helped the committee to seek funding in order to undertake this master plan which will ensure that relevant parties can be involved in the consultative process of its development.

“We will engage a consultant to undertake this body of work and anticipate community consultation will commence early in the new year. Council and the committee’s intention is that the master plan will best position the hall to source funding for future improvement works.”