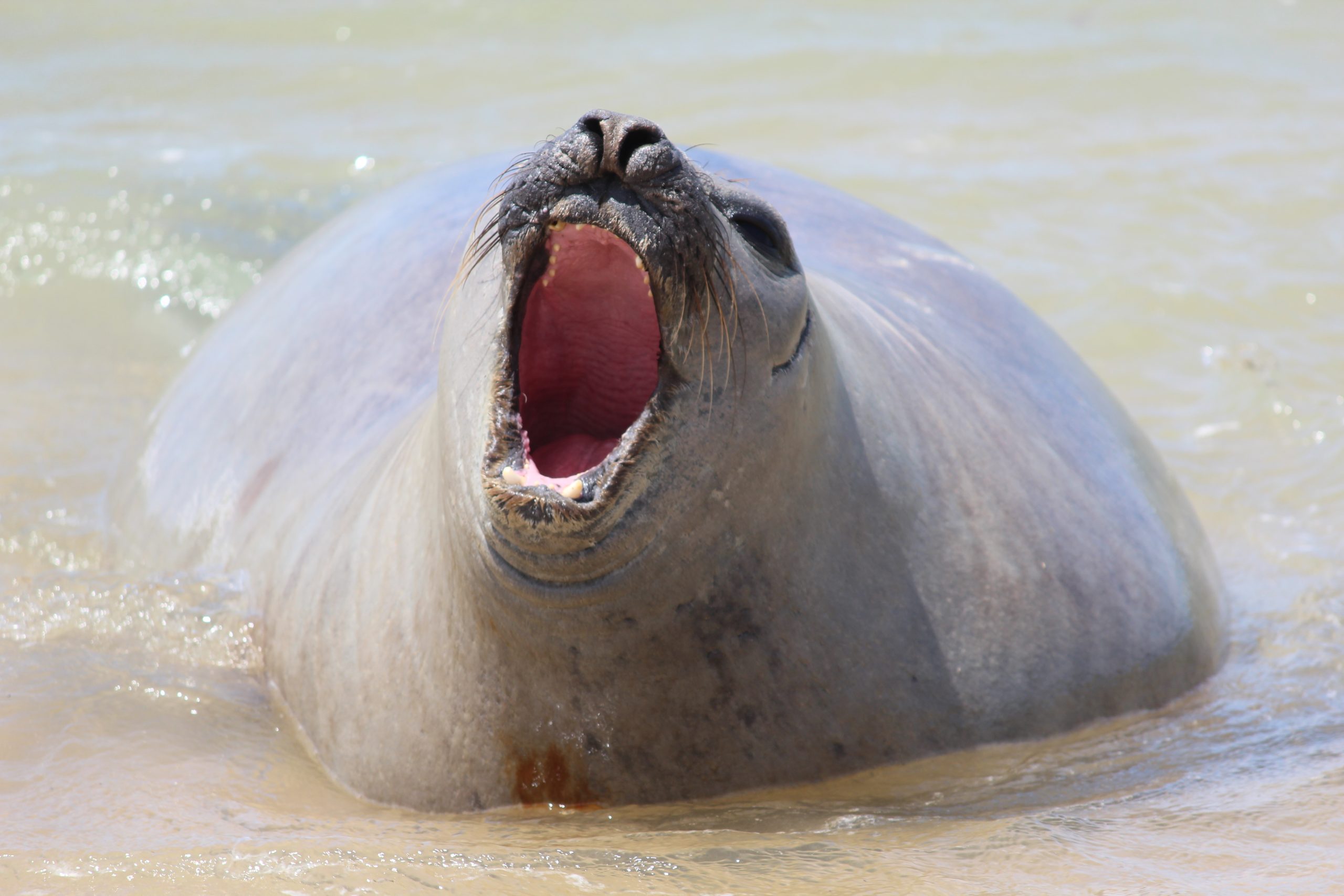 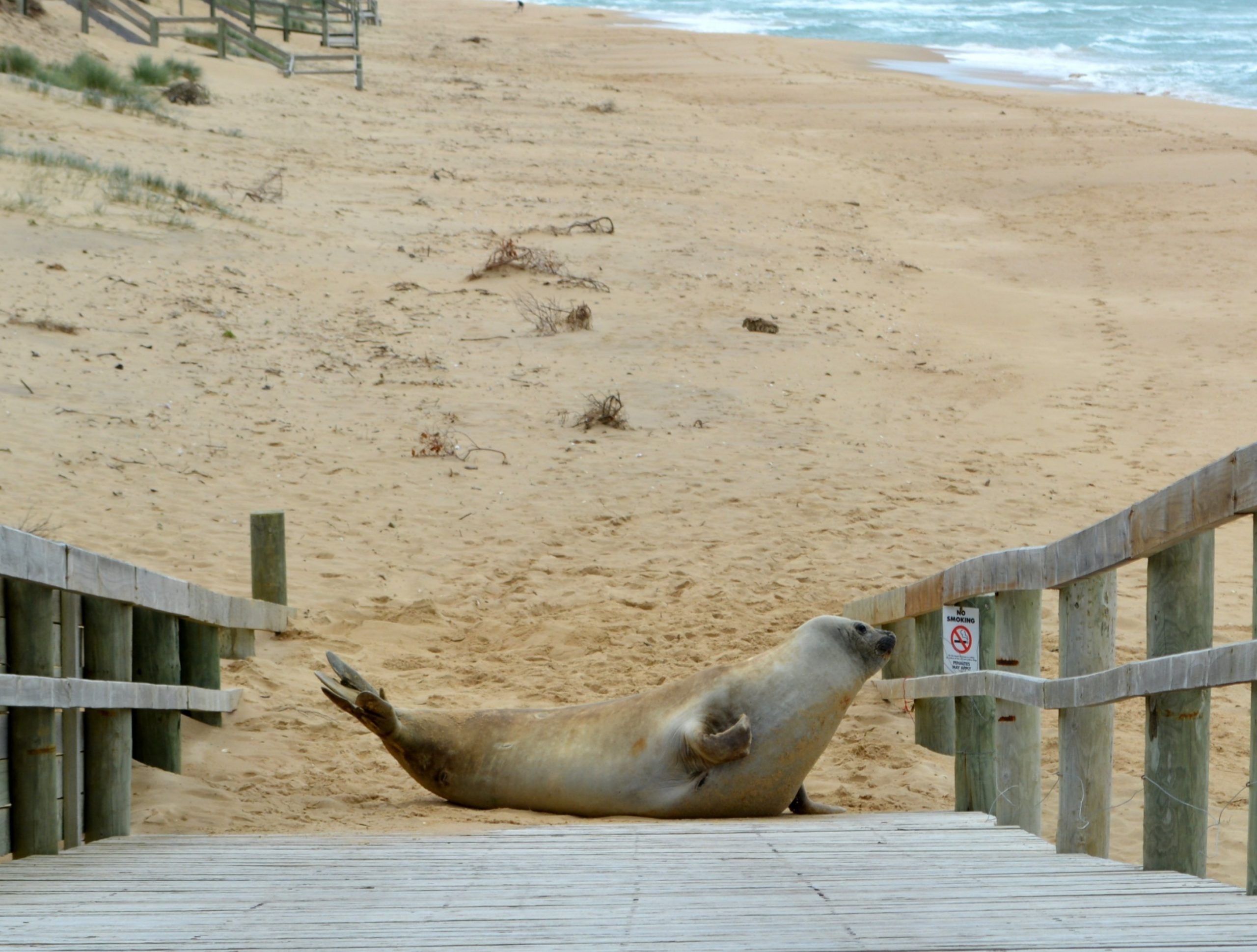 A SEAL which has made itself at home at Seaspray Beach in recent days is not injured or sick, according to the Department of Environment and Primary Industries.

DEPI environment, natural resources and fisheries regional manager Ryan Incoll said there was little doubt the seal spotted on the beach at Seaspray and Woodside in recent days was the same one that visited Gippsland beaches in 2011 and 2012.

He said the seal was a female of similar size and features, including scars on her face and back.

Mr Incoll said it was unusual that the seal was thousands of kilometres away from her normal home of Elephant Seals at sub-Antarctic islands, such as Macquarie Island.

“The seal is not sick or injured and beaching at this time of year is normal behaviour for Elephant Seals while they rest and moult their skin,” he said.

Mr Incoll warned the seal defended her personal space and was quite aggressive towards people who got too close.

“No-one has yet been bitten, but it is quite capable of inflicting a nasty injury,” he said.

“The seal enjoys peace and quiet, and if left alone is placid and spends long periods resting on the beach.

“We urge people to leave it alone, give it plenty of space and keep dogs away, for their own and the seal’s safety and welfare,” Mr Incoll said.

“Not only is it an offence to approach and harass seals, doing so can create more problems by making the animal more aggressive.”