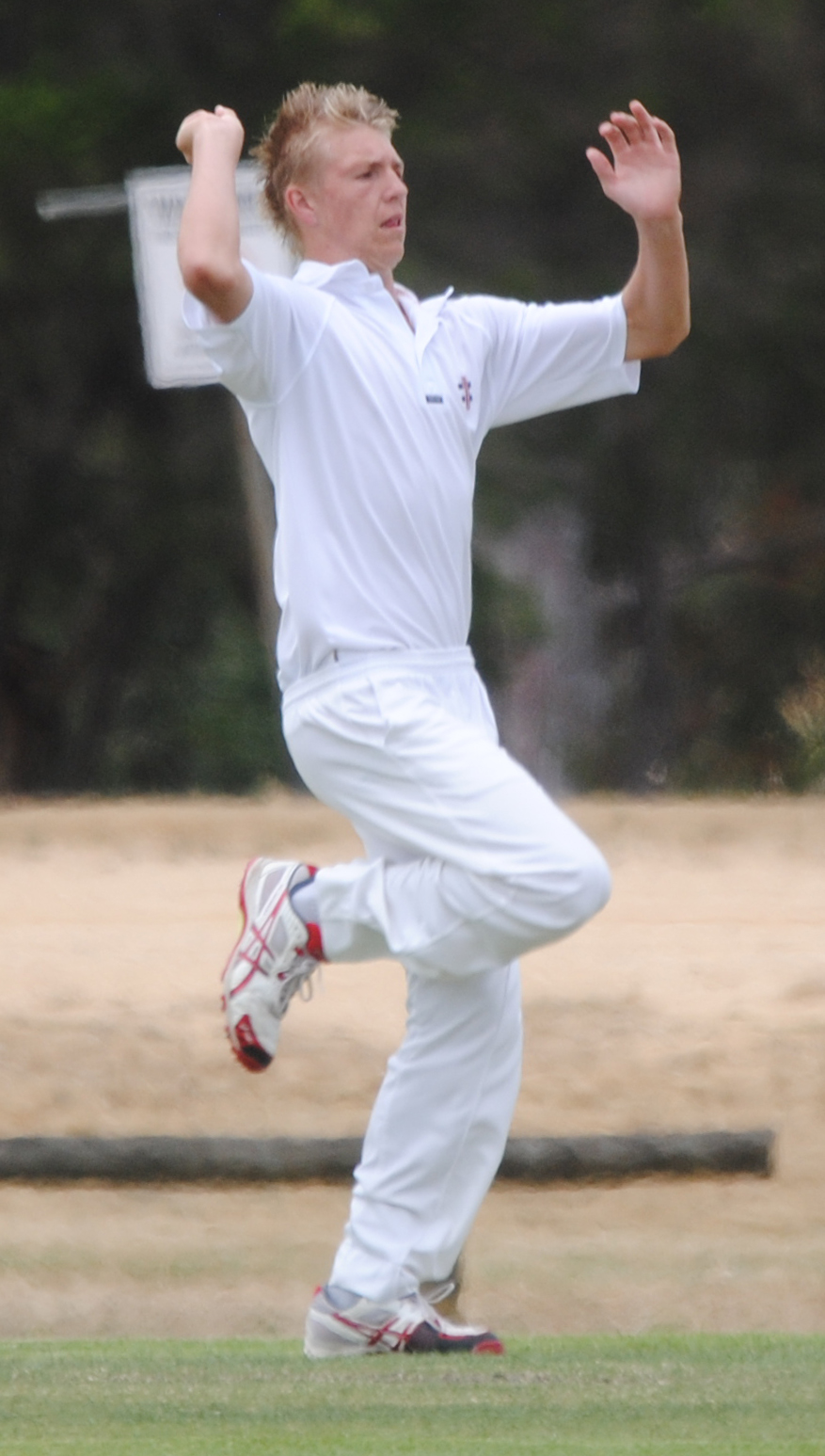 MAFFRA faces an uphill battle to overcome Bundalaguah as round five of Sale-Maffra cricket continues on Saturday.

The Eagles will resume on 3-5 chasing Bundalaguah’s 285, which was inspired by another Nathan Massey century.

Trevor Wrigglesworth has done the early damage for Bundalaguah, with 3-2 from two overs. While without spinner Mark Donald, Bundalaguah will be confident it can take the seven wickets to take the points.

With Maffra still requiring 281, the Eagles need someone to go on and get a big score and none are more equipped than Josh Rurawhe, who will resume his innings.

Harry Thackray, Jake Benfield and Josh Davis are capable of providing him with support, while the Eagles will hope the lower order can stand up with a big task ahead of them.

SALE will be favoured to get the 21 runs it needs to account for Sale City.

With seven wickets in hand, youngsters Jack Wrigglesworth and Mitch Evans will resume on 14 and eight respectively.

Sale still have captain Ian Wrigglesworth to come and if he gets going, it could be a long day for the Lizards.

Sale City fought back with some late wickets last week, and will hope to carry that momentum.

Keenan Hughes showed he is comfortably bowling at first grade level, taking two wickets to be the pick for the Lizards.

BOISDALE-Briagolong will need to use all of its talented line-up in chasing down Collegians’ 204.

Tom Langshaw and Steve Noble will start again with the score 0-8, and the Saints will be comfortable knowing they can bat all the way to number 11 with Jason Phillips, Andrew Nicholas and Liam Hurst all capable of providing support to the established batsmen in the side.

The young Collegians attack, to be led by captain Mark Nicholls, will be aware of the need to take wickets at regular intervals despite having a good total to defend.

If the Saints can bat the full 80 overs, they should find themselves in front at stumps.

WITH Rosedale-Kilmany already taking first innings points, the question remains whether the Warriors will attempt the first outright win of the season.

The Warriors will resume on 8-164, a lead of 72, after bowling out the Redbacks for 92 in 31 overs last week. With captain Brad Scott unbeaten on 87, the Warriors may continue to bat.

Having played below its best so far, the reigning premiers will aim for a better effort on Saturday, and should be much harder to dismiss should it be asked to bat again.