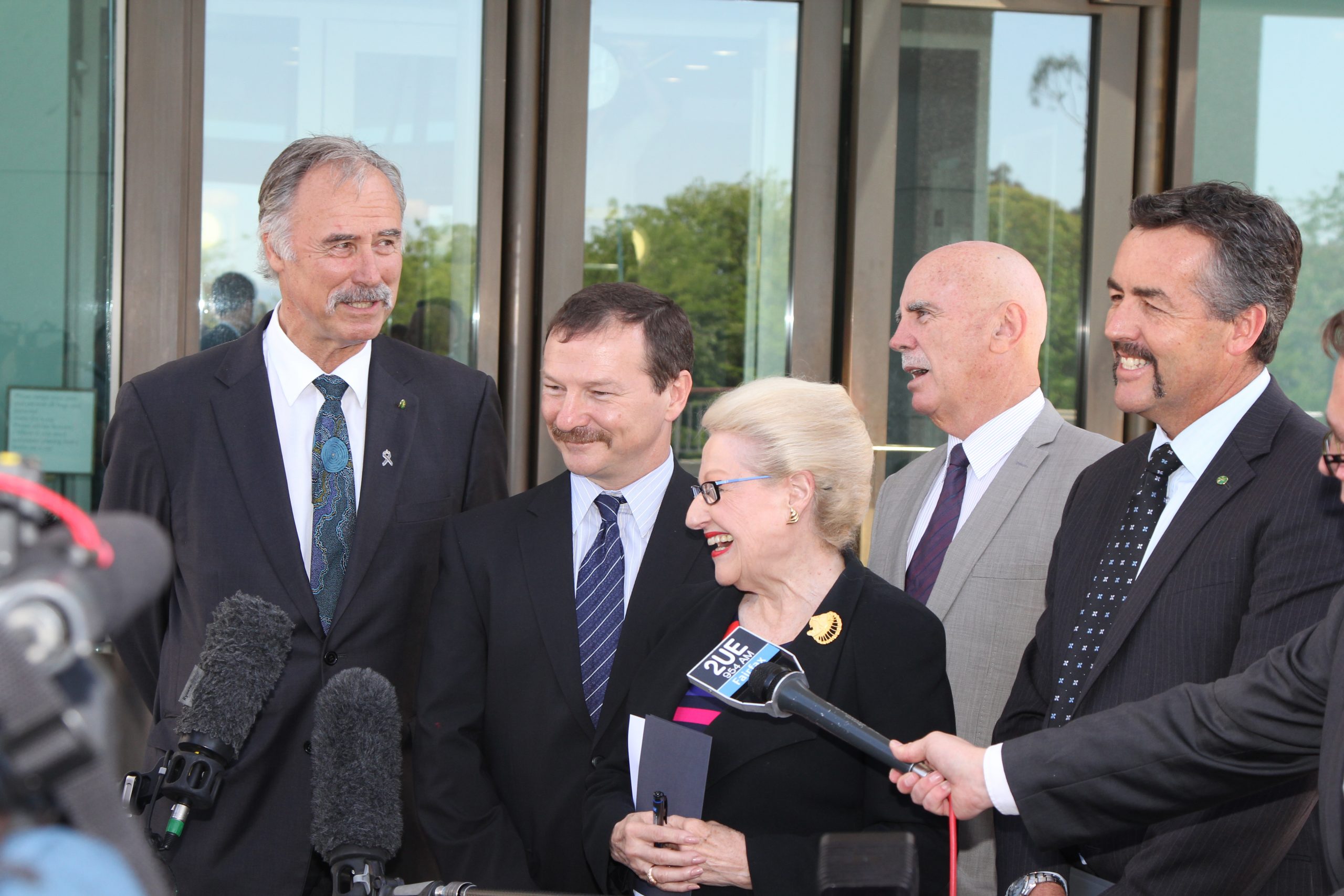 A THREE-man ‘Mo-alition’ of federal MPs, including Gippsland’s Darren Chester, have shaved their moustaches but retained their tri-partisan alliance in support of men’s health awareness.

Mr Chester and his parliamentary colleagues, Graham Perrett and John Alexander, celebrated the end of Movember on Monday with a moustache judging competition led by Speaker of the House of Representatives Bronwyn Bishop.

The three MPs, representing the Nationals, Labor and Liberals, defied party lines to bring the parliament together on their Movember journey.

Mr Chester, sporting a distinctive handlebar moustache, was judged to have the best mo, with honourable mentions to Mr Perrett and Mr Alexander.

“It’s fair to say this mo-ment has been a long time coming and it is a relief to feel fresh air again on my upper lip,” Mr Chester said.

“But on a serious note, the Mo-alition has been a great way to encourage discussion in our community about the importance of men’s health issues.

“The Mo-alition has raised more than $1600 for charity, which will go towards supporting the work of organisations dedicated to improving men’s health outcomes.”

For his efforts, Mr Chester received a Mr Movember sash from a Movember Australia representative.