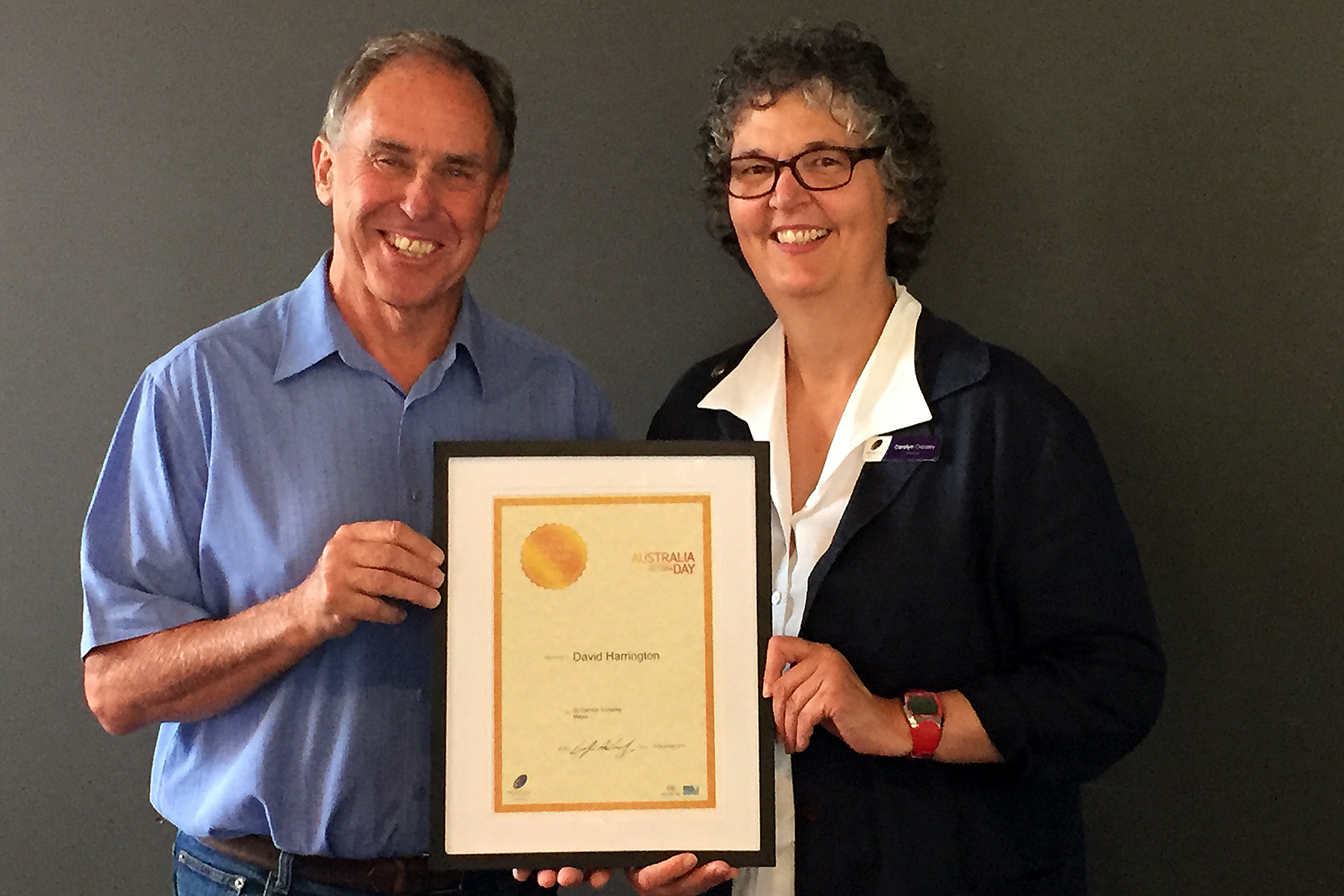 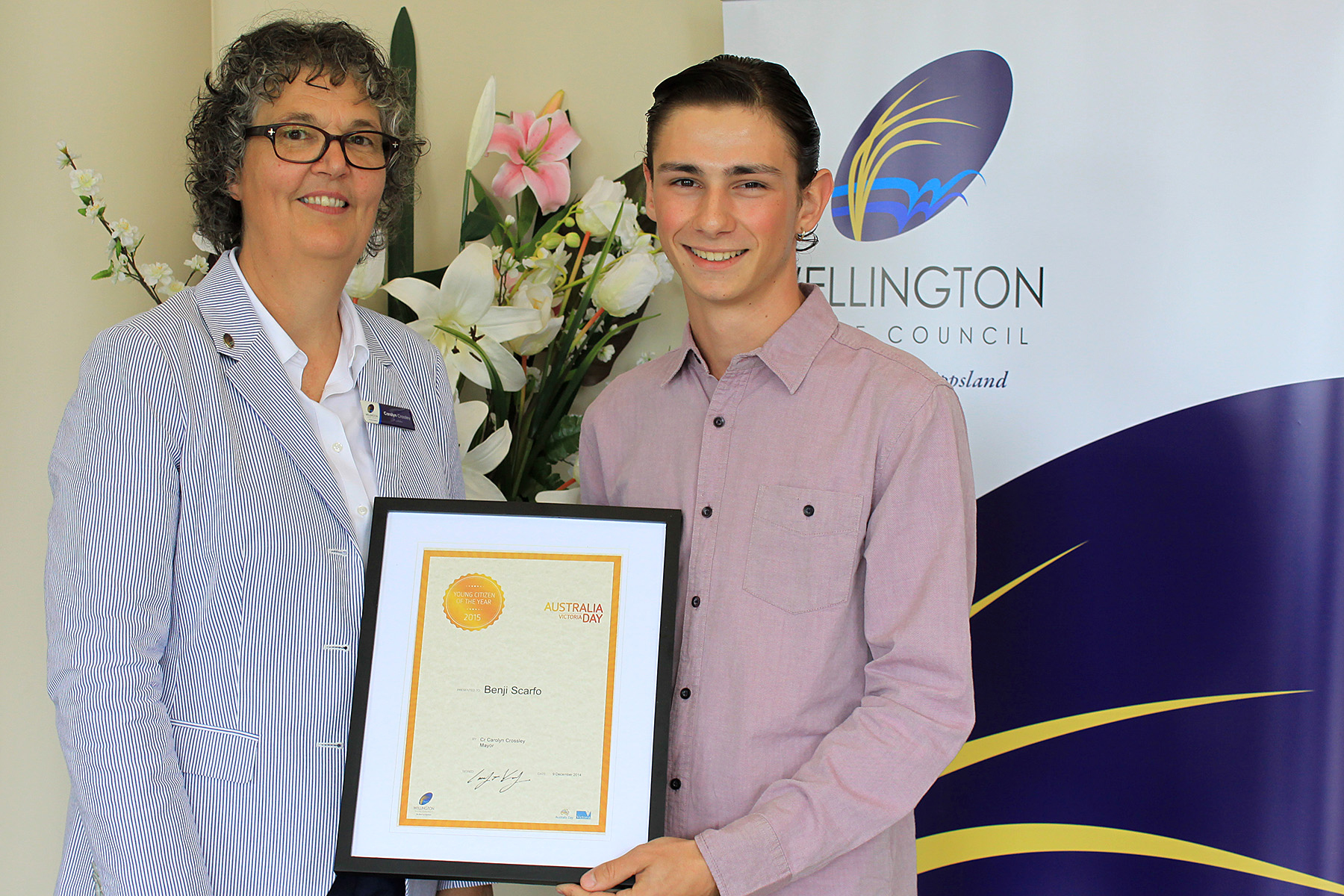 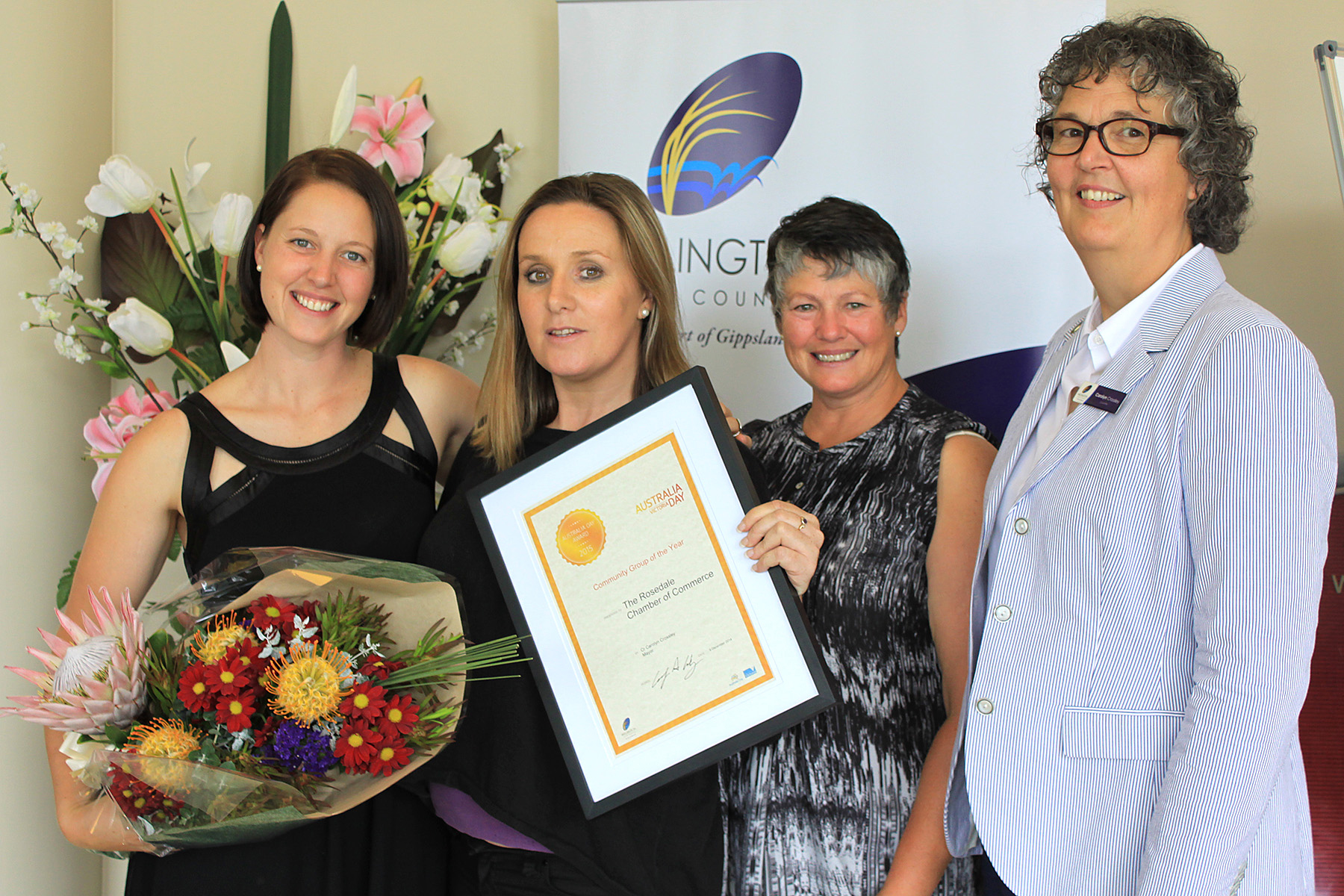 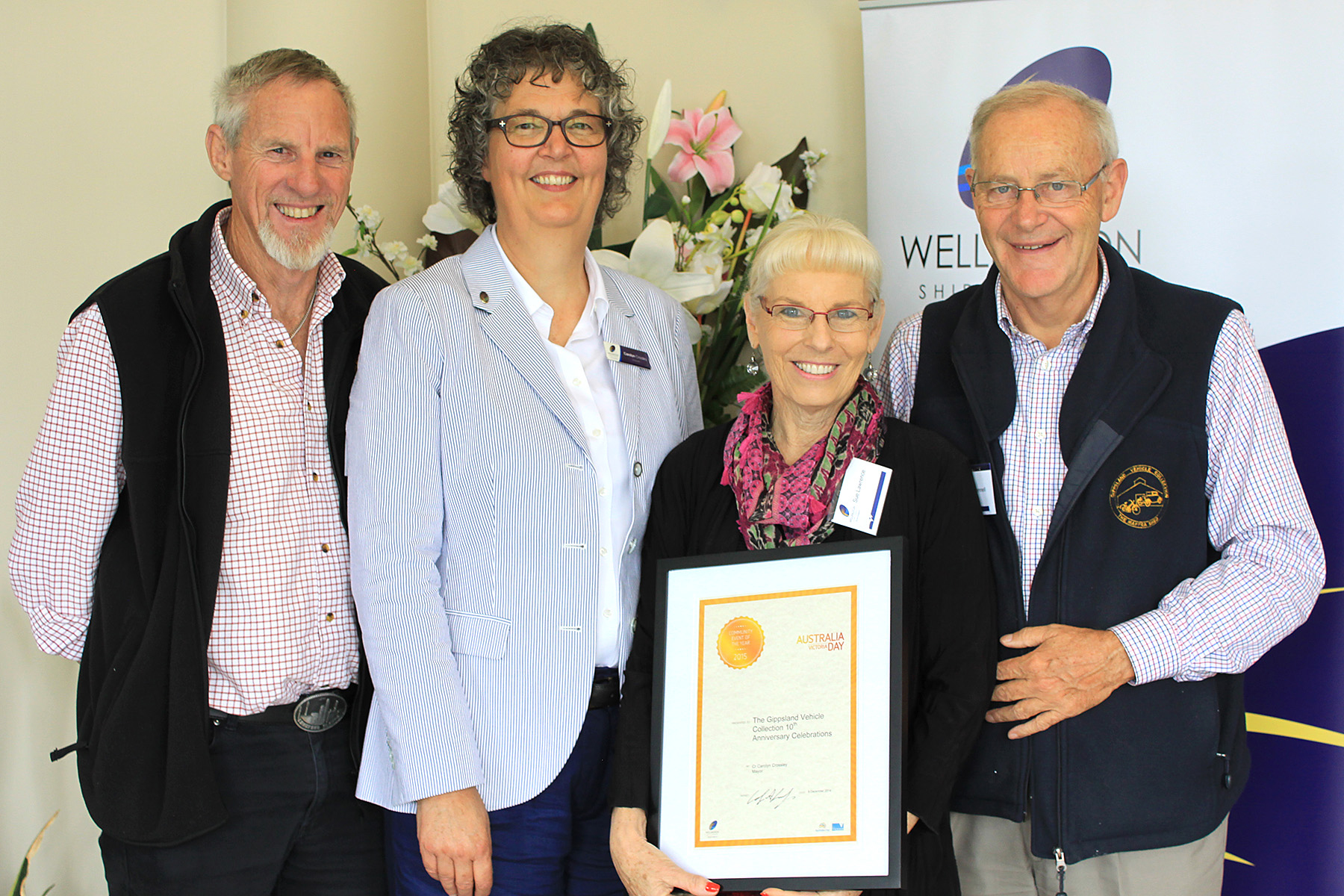 DAVID Harrington has been named Wellington Shire’s Citizen of the Year for 2015.

Also honoured during a luncheon on Tuesday were young citizen of the year Benji Scarfo, group of the year Rosedale Chamber of Commerce and event of the year the Gippsland Vehicle Collection’s 10th birthday celebrations.

Wellington Shire mayor Carolyn Crossley thanked all those nominated for awards for their contributions to the shire’s communities and also those who nominated them.

“This year we received a significant number of nominations, which goes to show how fortunate we are to have so many remarkable, inspirational people within our community who go to great lengths to make Wellington Shire such a positive and wonderful place to be,” she said.

“Deciding our winners from such an incredible bunch of nominees is never an easy task. Council thanks equally each and every nominee for their service to our community.

“However, there can be only one winner in each category.”

Citizen of the year David Harrington has had a long involvement with a number of community events.

In 2001, he established Relay for Life in Sale, and has helped raise more than $1 million through his dedication to that event.

The Sale Music Festival in the botanic gardens is becoming a favourite event for many Wellington residents, while the Pop Up Piano in Sale mall is another of his creations.

Even though still at school, Benji has been a local driving force behind Light the Night (raising more than $3000) and World’s Greatest Shave ($7300).

He is passionate about his local community and social justice.

Another multiple nominee was Rosedale Chamber of Commerce.

It has planned events in Rosedale including the Man Cave Market and Retro Vintage Festival, which have been successful with people travelling from far and wide to attend.

The Gippsland Vehicle Collection has been a favourite Wellington destination for the past decade, holding quarterly exhibition events which draw crowds from all over Victoria.

Its recent 10th birthday celebrations were held to thank the community for its support of the museum.

The day attracted between 2500 and 3000 people to Maffra, many of whom had driven many miles just to be part of the event.

“Congratulations to all of our nominees and winners,” Cr Crossley said.

“Council and our community sincerely thanks you for your many voluntary hours dedicated to making Wellington great.”

The awards were announced at a luncheon for nominees and their nominators in Sale on Tuesday.

This was the third year council has hosted its Australia Day Citizen of the Year luncheon in the December prior to Australia Day.

The award winners for 2015 will each be invited to attend a Wellington Shire Australia Day event of their choice as a guest speaker.