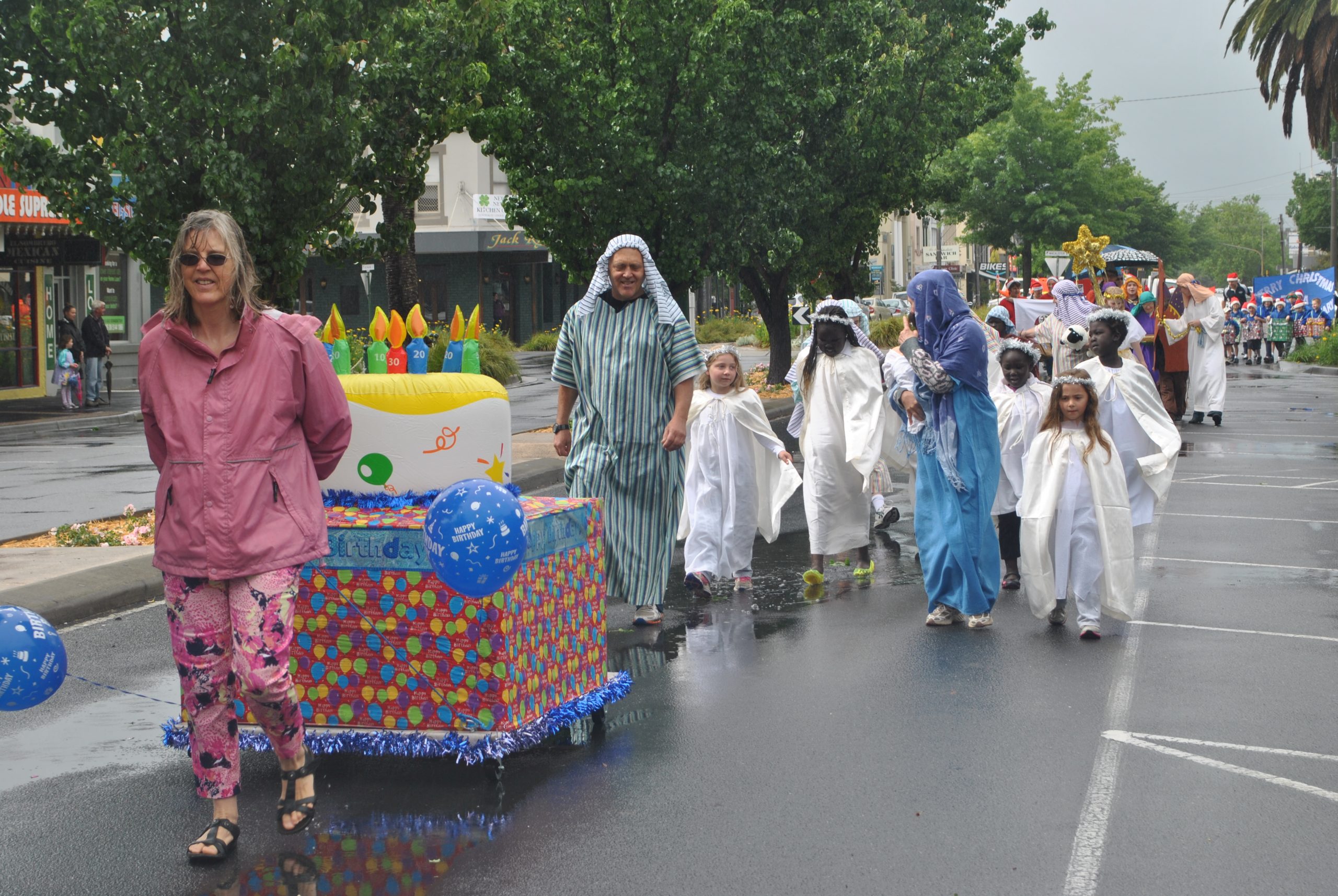 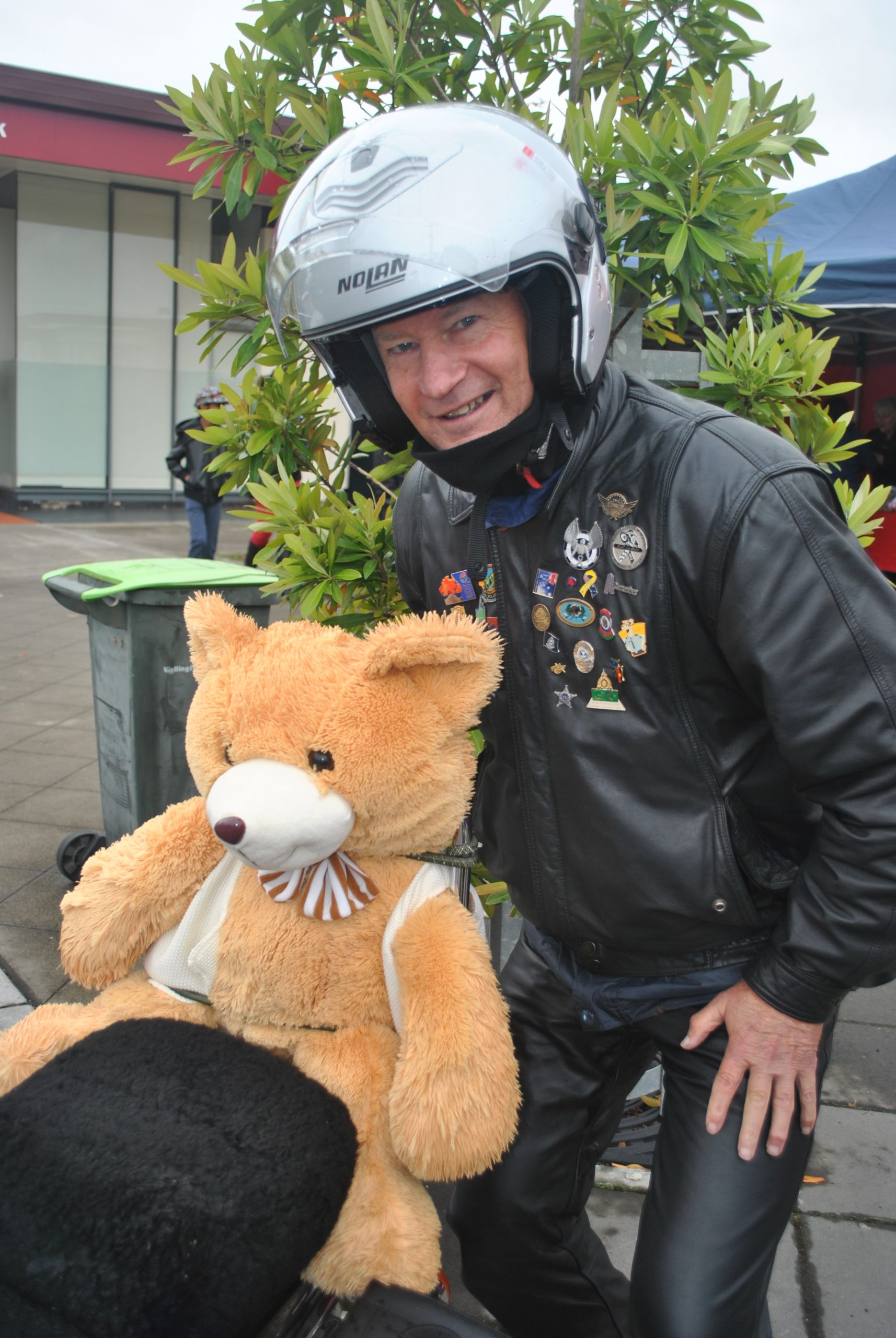 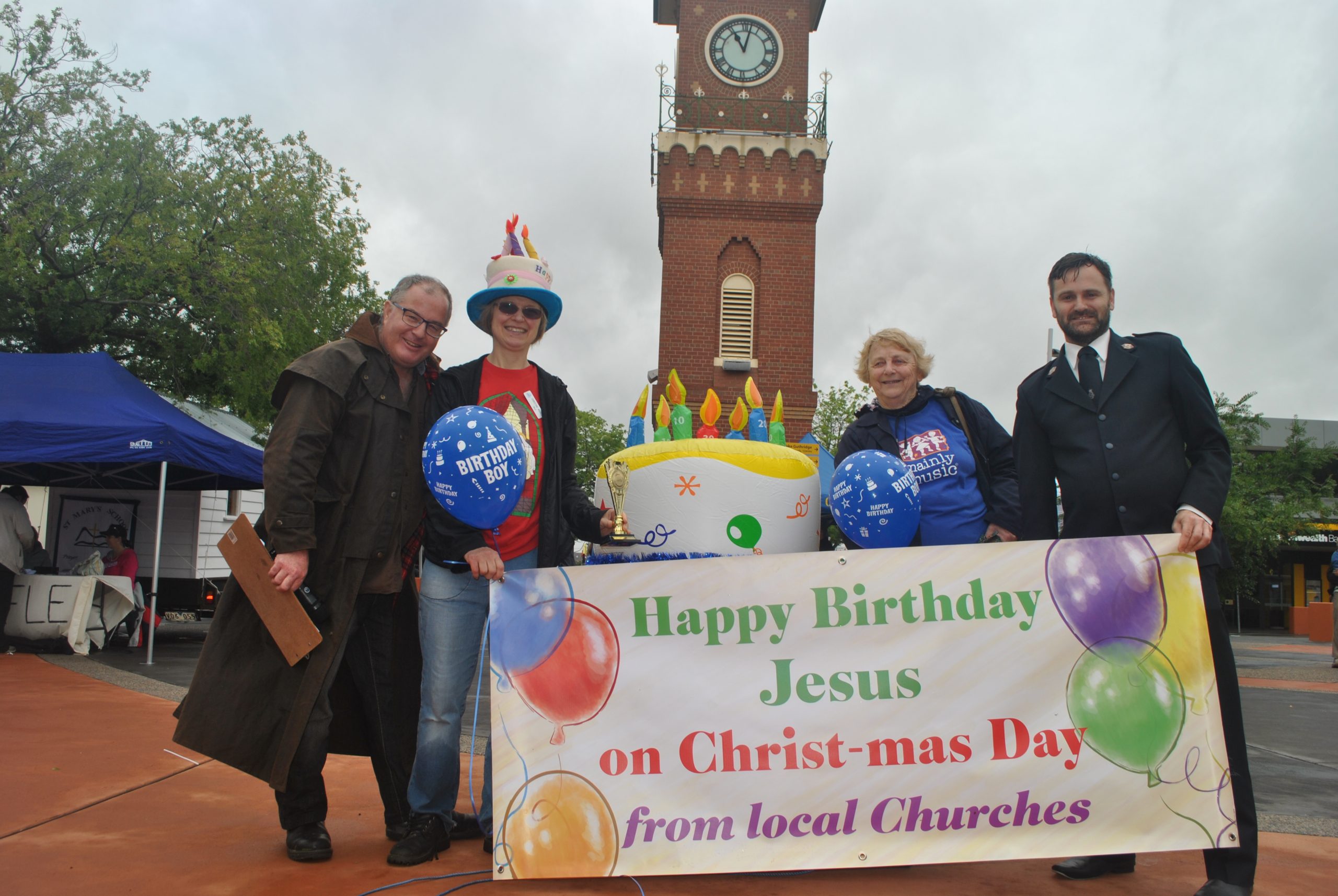 Santa travelled on-board an emergency service vehicle, waving to those who braved the weather to see him.

The title of winner of the parade went to St Paul’s Anglican Cathedral, Uniting Church and the Salvation Army combined group.

Teddies and toys destined for the Salvation Army and St Vincent de Paul arrived at the Sale pedestrian mall on motorcycles shortly after the parade, as part of the annual Keith Hamilton Toy Run.

Because of the rain, most of the toys were transported via car to keep them in pristine condition for the children who will soon receive them.

Wellington Shire councillor Darren McCubbin said it was great to see many people attended despite the poor conditions.

“The parade was really colourful and lots of kids got involved which was really fantastic,” Cr McCubbin said.

“I think the rain certainly kept away a bunch of people … but it was great to see some people braving the elements and coming out and enjoying the day.

“The fact that just as the parade started the rain stopped is freaky.