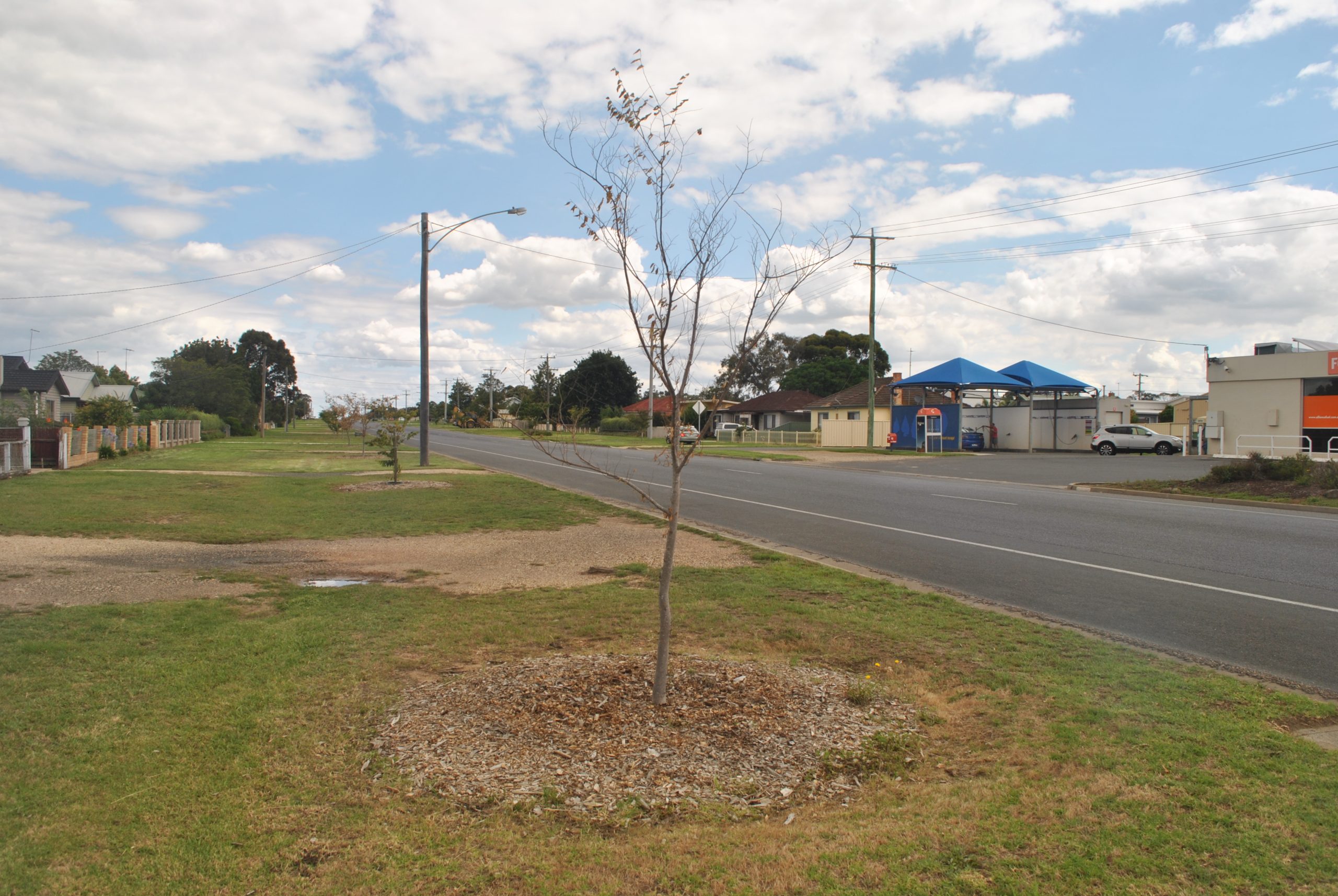 CHRISTMAS is almost here and many of us are having a few drinks, but for golden flame trees in Maffra a few swigs has proven deadly.

Wellington Shire’s parks and gardens team fed the trees a sugary solution in October to pep them up, which reportedly worked well.

However a second application early this month followed by hot weather resulted in the solution fermenting and destroying some tree roots.

It appears more than half of the trees will need to be replaced.

Planted in stages from 2010, the trees have been slow to establish because of inherently harsh soil and environmental conditions.

They have been nursed along by council’s parks and gardens team with regular watering.

“All of council’s trees along Powerscourt St in Maffra received this treatment in October and the results were excellent; a dramatic improvement was seen and the trees really started to flourish,” he said.

“This same positive result was expected when the solution was again applied in early December, however due to a combination of elements this application has had the opposite effect.

“Within days of the second application, some of the trees started to show signs of wilting which we have now discovered is due to the sugar solution having fermented, destroying some of the tree roots.”

Mr Morcom said council officers were still determining how many trees were affected and would need replacement, however it was likely to be more than half of them.

“At this early stage, we will continue to monitor the situation and progressively remove any trees that are unlikely to recover,” he said.

“We’ll have a better understanding of how many trees have been affected when the weather warms up or we have a spell of hot drying winds,” Mr Morcom said.

“We are devastated that we have to remove a number of trees given that we have worked so hard with the Maffra community and specifically Powerscourt St residents to get them established.”

He said council was committed to replacing trees that needed to be removed and this would be done when conditions allowed towards the end of autumn.

Mr Morcom said council would ensure residents “were kept informed and involved throughout the process”.