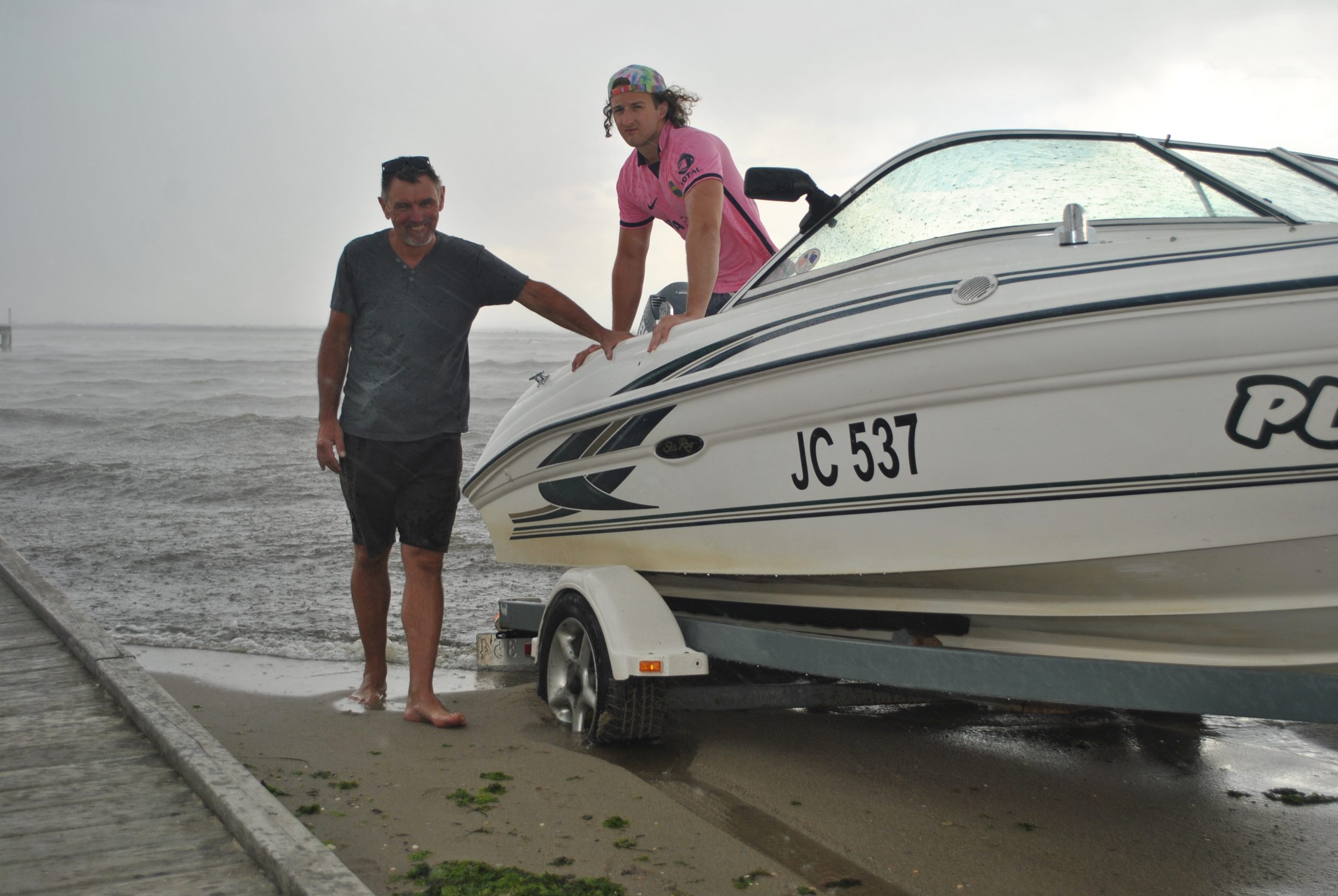 Non-residential ratepayer and holidaymaker Rob Bleijswijk said the man was bogged on the ramp for about half an hour, causing long delays and frustration for other boat users.

According to Mr Bleijswijk the new jetty built next to the Charlies St boat ramp two years ago was causing sand to build up on the ramp.

“It’s where it’s been positioned; it probably hasn’t been designed great and you can see the problem . . . that sand between the boat ramp jetty and the jetty itself, that sand isn’t meant to be there, that’s meant to be water,” Mr Bleijswijk said.

“It’s been an increasing problem since they put that new jetty in.

“The jetty has actually stopped that sand from moving on.”

Mr Bleijswijk claims a bobcat removed sand from the boat ramp early last Sunday morning, but said it was a short term fix for an ongoing problem.

“We are aware of ongoing issues due to tidal and weather influences on sand silting on and around the Loch Sport boat ramps,” Mr Morcom said.

“This may have been worsened by the wave wall sheeting attached to the new jetty constructed by Gippsland Ports.

“DEPI and Gippsland Ports are also aware of these issues, with all parties currently in discussion in regards to possible mitigation measures.”

Mr Bleijswijk sent an email to Wellington Shire Council in November last year to share his concerns about the sand build up and other issues at the ramps.

“I sent council an email straight after the cup day weekend, early November,” he said.

“I just emailed and complained about the state of the boat ramps, the lack of parking, the fact that nothing has really been done in close to 20 odd years.

“My son probably parked about 150 metres up Charlies St (last Sunday) just to park the car and empty boat trailer after we launched the boat.”

Mr Bleijswijk said he received a written response from council, mailed to him in November, however he didn’t receive it until last week as it had been sent to his nonresidential postal address in Loch Sport.

The letter stated the Charlies Street boat ramp has been included in the Boating Facilities 10 Year Action Plan for capital works in the 2015-2016 financial year.

“These works at this stage are included in the 2015/16 budget year in our Boating Facilities 10 Year Action Plan, subject to funding availability,” Mr Morcom said.

“In the meantime, this ramp has been cleared three times in the previous four weeks by Council and the Loch Sport Foreshore Committee of Management.

“The Committee of Management, who maintain the Loch Sport boat ramps on our behalf, are monitoring the situation.

“However due to weather events and limited resources, there may not necessarily always be an immediate response to ongoing silt build up.”

But Mr Bleijswijk said action should have been taken before now.

“As a ratepayer down here, all I want is for them to take my rubbish bins away once a week and provide me with a clear boat ramp,” he said.

“This isn’t a problem that’s just come up. It’s been a problem for 20 years.”

Ricky Martin, a friend of Mr Bleijswijk who also holidays at Loch Sport, said he had to pay for repairs to his boat after it was damaged being unloaded at the Charlies St boat ramp.

Mr Martin said he damaged the propeller on his Whittley several times when trying to unload the boat at the Charlies St ramp.

“I’ve damaged my prop because it’s just not deep enough and there’s too much sand,” he said.

“I’ve done a couple of props here over the years through it being wedged in with sand and having to go in further because it’s just not deep enough.

“My boat is too big for (the other Loch Sport ramps). It’s impossible; the other boat ramps are not serviceable for us.”