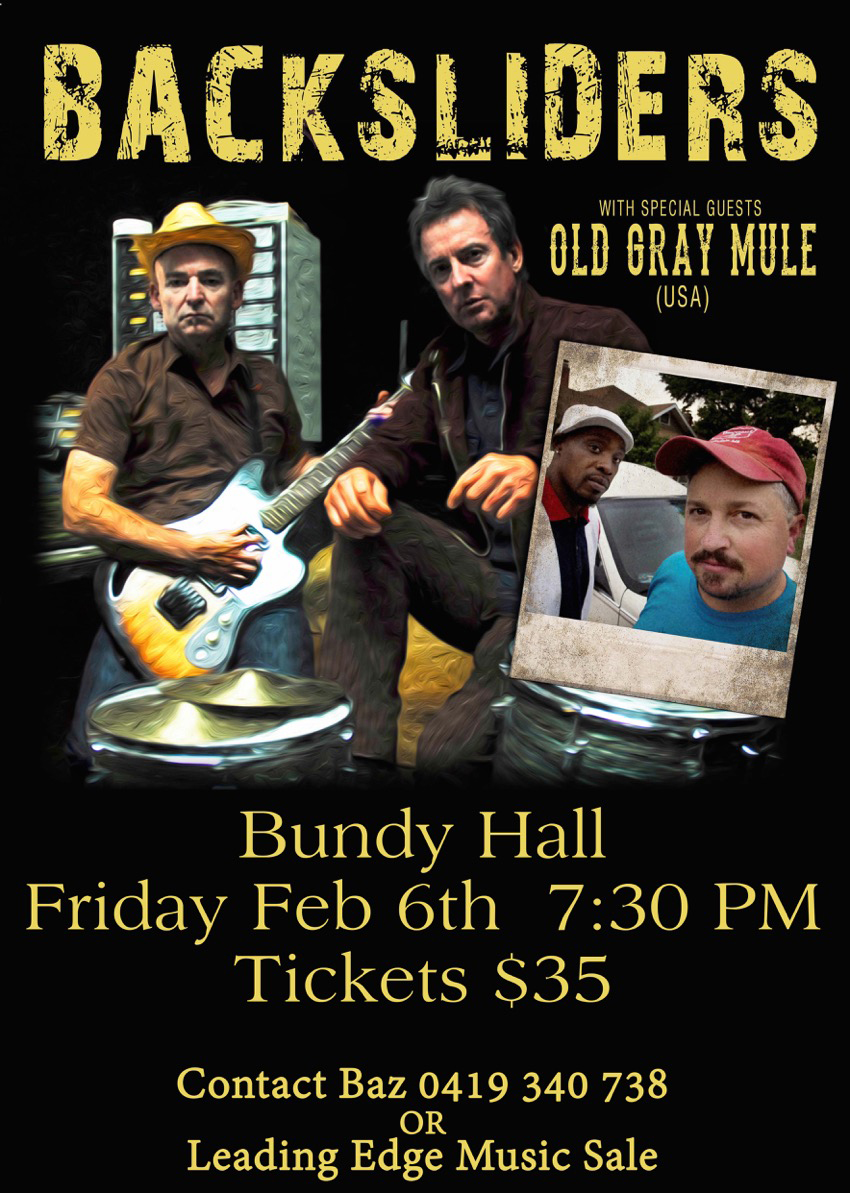 Australian blues icons The Backsliders will top the bill at the Bundy Hall on Friday, February 6.

The Backsliders have been a feature of Australia’s music scene for the best part of three decades. Slide guitarist, multi-stringed instrumentalist, songwriter and vocalist, Dom Turner, is the founding member of the group. Dom’s influences are many and varied – a blend of delta blues, piedmont blues, rock, dub and sounds of Asia.

In 2004 Dom was voted Songwriter of the Year at the Australian Blues Awards in Goulburn, NSW.

Drum and percussion virtuoso and songwriter Rob Hirst (Midnight Oil), has been with The Backsliders for 12 years. As a founding member spending 25 years in Midnight Oil, Rob’s work needs no explanation.

Joining Dom and Rob will be one of Australia’s most innovative and dynamic harmonica players; the legendary Brod Smith (Dingoes, Brod Smith’s Big Combo).

The blues-harp dynamo brings the raw energy of the Backsliders sound. The support act, Old Gray Mule, is coming all the way from the USA to play for the Bundy Hall crowd.