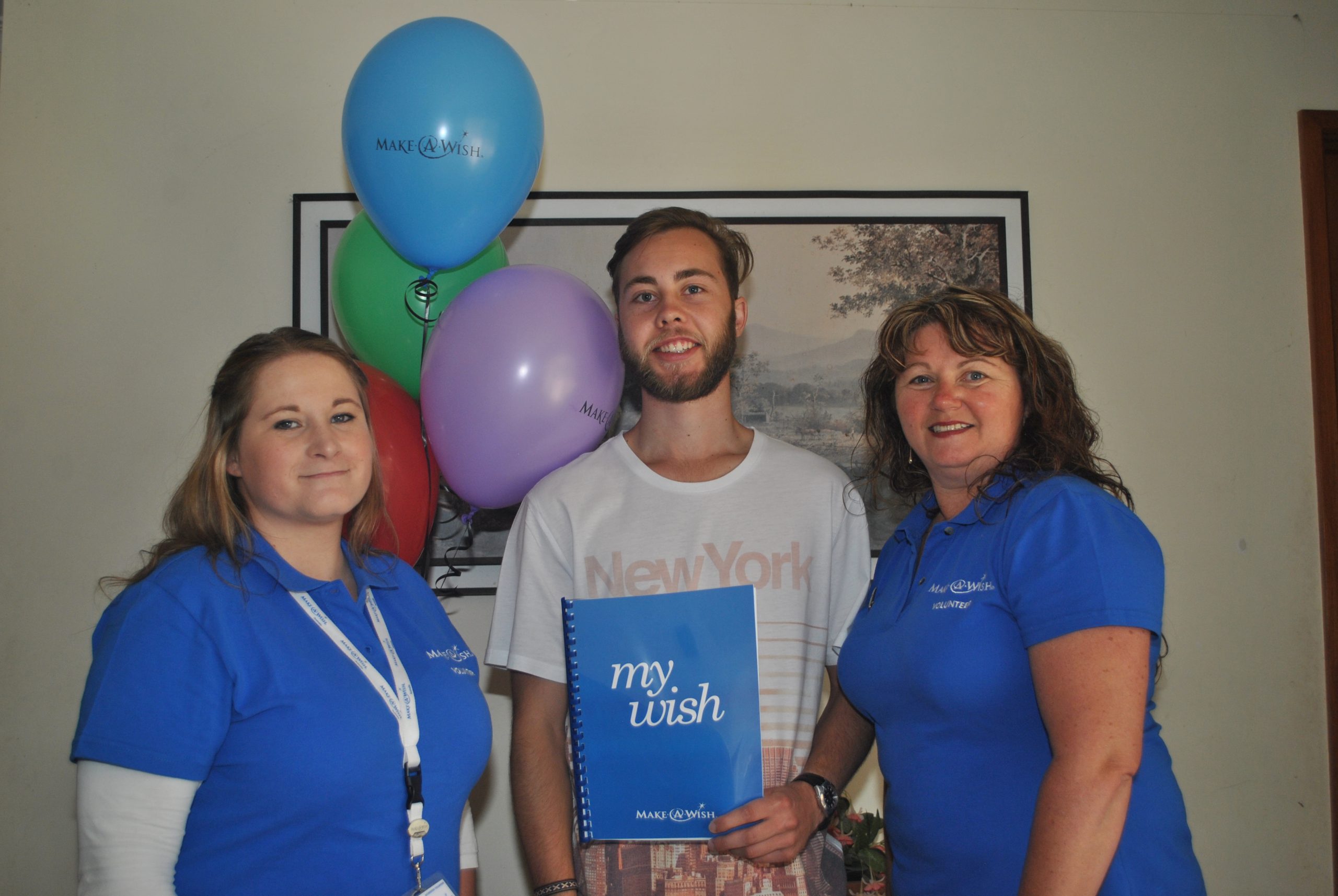 SALE resident Tyler Airey will take in a bird’s-eye view of Mission Beach in Cairns when he parachutes from a plane next week.

The first-time skydiver said he wasn’t nervous about leaping from an aircraft and was instead looking forward to the magnificent view.

The dream come true for 19-year-old Tyler was gifted to him by Make-A-Wish Australia.

Tyler suffers from a heart condition known as cardiomyopathy, in which his heart muscle becomes inflamed and enlarged.

When he was about eight-years-old, Tyler’s mother died on the operating table while receiving a heart transplant for the same condition.

“My mum had the same condition and she passed away, but it never affected me until I was 15,” he said.

“We weren’t aware of it,” his grandfather Ted said.

In 2010, Tyler became gravely ill and needed a heart transplant.

“It really didn’t affect me at all up until … early 2010 and then all of sudden in just one or two months I got really, really sick in that short period of time and then I had a heart transplant not long after that,” he said.

“My heart increased in size and just got to the point where it was too sluggish to beat properly to pump blood around my body.”

Tyler said he was doing well now and his doctor had approved his extreme sports wish.

Last Wednesday, Make-A-Wish Gippsland branch volunteers Sharon Schofield and Mindy Monck surprised Tyler with an instant picture camera and money card for his trip, along with balloons and a cake to celebrate.

“I joined Make-A-Wish over 10 years ago and the reason that I joined is that, we’re about sharing in the power of a wish,” she said.

“We can be wish fairies and provide some of that stuff for them, so they’ve got lots of wonderful memories and photos.

“(Tyler’s) wish is to parachute in Cairns so he is going to do that at Mission Beach and he’s also going white water rafting, as well as snorkelling and he’s got a couple of days as well to spend up there and have a bit of a look around.

“I’m sure Tyler will have lots of photos and lots memories from his wish.

“He’s got the all clear from the doctor (for skydiving),” she laughed.

Tyler will travel to Cairns with his grandparents Ted and Judy next Tuesday for a week.

When he returns from his trip, Tyler will begin the second year of his degree in biomedical science at Monash University in Clayton.

He said he wanted to become a paediatrician so he could help other seriously ill children.

To share in the power of a child’s wish, donations can be made by visiting www.makeawish.org.au/donations/donate-form

People interested in becoming a Make-A-Wish Australia volunteer should phone Cathy on 0428 766 011.