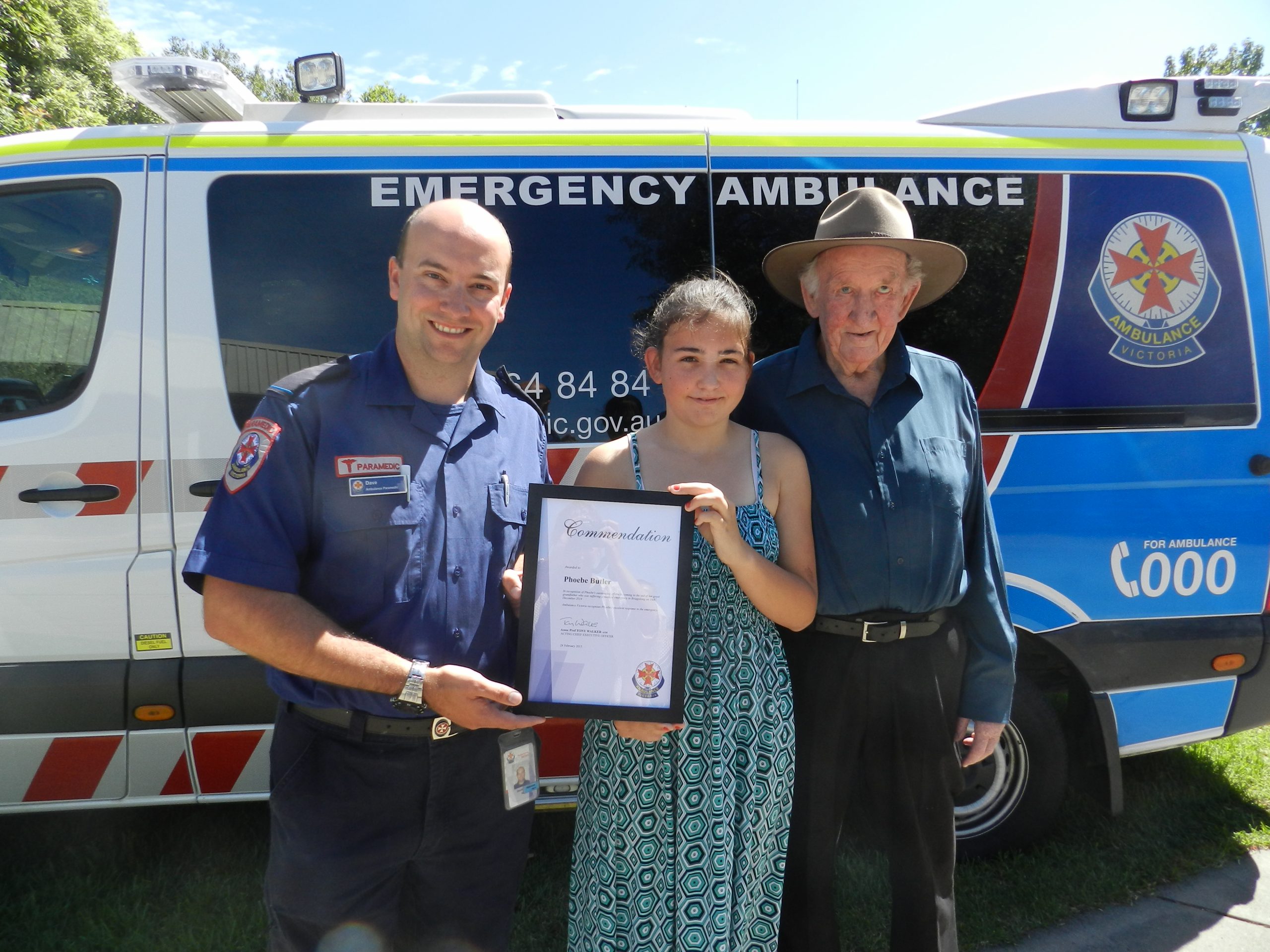 A 13-YEAR-old Briagolong girl has been awarded a commendation award in recognition for her excellent response to an emergency situation.

Phoebe Butler went to the aid of her great grandfather after he hit his head and fell unconscious in December last year.

Paramedics nominated Phoebe for the Community Hero award for her response and assisting ambulance crews.

Alan Jones was at his Briagolong home when he stumbled, hit his head and blacked out for about five minutes.

“He stumbled and then hit his head on the fridge,” Phoebe said.

“I jumped up and asked him if he was okay but he was unconscious. That’s when I rang my nan and then she rang my friend, and then my friend came (to the house) and we rang (000). I was worried but I tried not to show it.”

Mr Giles said he was very impressed with the way Phoebe reacted to the situation.

“She was very calm and collected,” he said.

He said the ambulance would have taken about 25 minutes to reach Mr Jones’ home in Briagolong, and Phoebe did an excellent job of caring for him during that time.

He said Mr Jones was very lucky that Phoebe reacted the way she did.

“It was very impressive,” he said.

Phoebe was formally presented with the award at the Sale Ambulance Station on Monday.

After the award ceremony, Phoebe’s family took her out for lunch to celebrate her award.