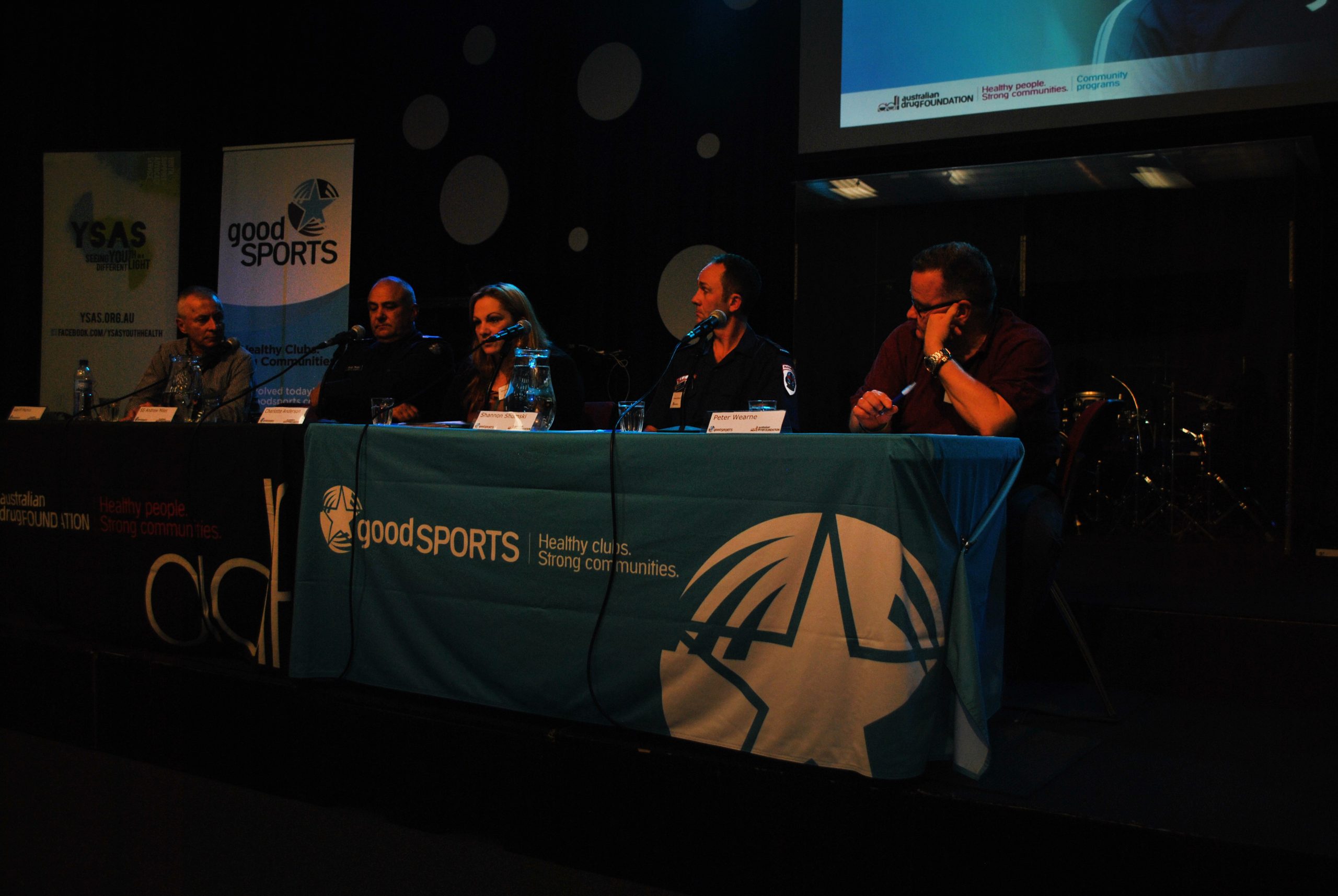 LOCAL sporting club officials were told they could help in the fight against the abuse of ice and other illicit drugs, as well as alcohol, by formulating strong drug and alcohol policies.

While many at Monday’s well-attended drug forum expected it to be about broader issues of the problems of ice and other illicit drugs in the local area citing local statistics, it focused principally on Good Sports, an Australian Drug Foundation program.

Mr Wearne said current information indicated about 2.1 per cent of Australians had tried ice in the past 12 months.

“Ice isn’t used by a hell of a lot of people, but it has a profound effect on the community,” he said.

Mr Wearne said the intense pleasure experienced by ice users acted as a reward, but afterwards they felt depleted and it could take days to recover.

“On withdrawal they can sleep four to five days and can then feel depressed and low.

“So they feel good by taking more of the drug.” Mr Wearne said if an individual took enough, it could result in drug-induced psychosis.

“If you have an underlying mental illness, this will have massive consequences for your mental health — and you won’t know until you take it,” he said.

Mr Wearne said while ice use was not widespread, it caused problems for many of those who did use it.

“For police, hospitals, ambulance and families it is a big deal,” he said.

“Methylamphetamine is not a drug we can arrest our way out of,” he said.

He said the importation of meth-type drugs were at an all-time high, citing one high profile seizure of three tonnes.

And he said last year more than a dozen clandestine laboratories were dismantled across Victoria.

“These cooks are not scientists,” he said.

“There are problems mixing all sorts of dangerous substances in the one location with electrical connections and heating sensitive chemicals.

“It’s so dangerous, these labs can take three or four days to dismantle.”

While he said alcohol was generally a far bigger problem for police, when ice users came to the attention of police it was often serious.

“The people that we see are often at the extreme end and in crisis,” he said.

“No-one should put up with aggressive or violent behaviour.

“They should call police.”

Australian Community Support Organisation representative Charlotte Anderson said people with a drug problem had to be ready to make changes.

“It’s hard as a parent to witness,” she said.

Ms Anderson said when speaking to a drug user it was crucial to get the “timing right” when they were having a good day.

“Tell them it can’t continue and set boundaries.

“Little by little, you hope.”

She said ice users usually had to hit rock bottom before they would accept help.

“Many are dealing with trauma.

“They may have been abused as children; this is very, very common with those with a drug problem,” he said.

“If everyone in Australia had a job; if people weren’t isolated and lonely, we wouldn’t have a drug problem,” he said.

Mr Munro said sporting clubs could provide connections and social bonds which helped reduce the major risks for drug use.

“For some people it only takes one person who takes an interest in them, who lets them know they matter,” he said.

“If it can’t be mum or dad, it might be someone else.

“It could be almost anyone.”

He said Good Sports reduced excessive drinking by 30 per cent, resulting in less violence and other problems, and fewer incidents of drink-driving.

“They also drink less when they go home,” he said.

“Good Sports clubs can reduce drug problems in the community.

“In lots of communities the sports club is the hub of the community and without them people can be socially isolated,” Mr Munro said.

Mr Munro cited the case of Sale Tennis Club which he said had transformed from a “boozy club” to one that won Good Sports awards.

He said is was now a healthier, happier club.

Mr Munro provided a range of scenarios that clubs might encounter when dealing with members using drugs, and invited discussion from the audience as to how club officials might respond to those.

He urged clubs to develop strong drug policies in consultation with members, and make sure they implemented those policies.

“Boast to the community that you are developing a drug policy and ask for ideas.

“It ought to be a whole of club task to develop policy,” he said.

Paramedic Shannon Shumski said Ambulance Victoria was happy to have dialogue with clubs.

“We are happy to come and give talks and help out clubs in any way we can,” he said.

For more information about Good Sports visit the website, www.goodsports.com.au

For alcohol and other drugs treatment and support information visit www.health.vic.gov.au/aod/help