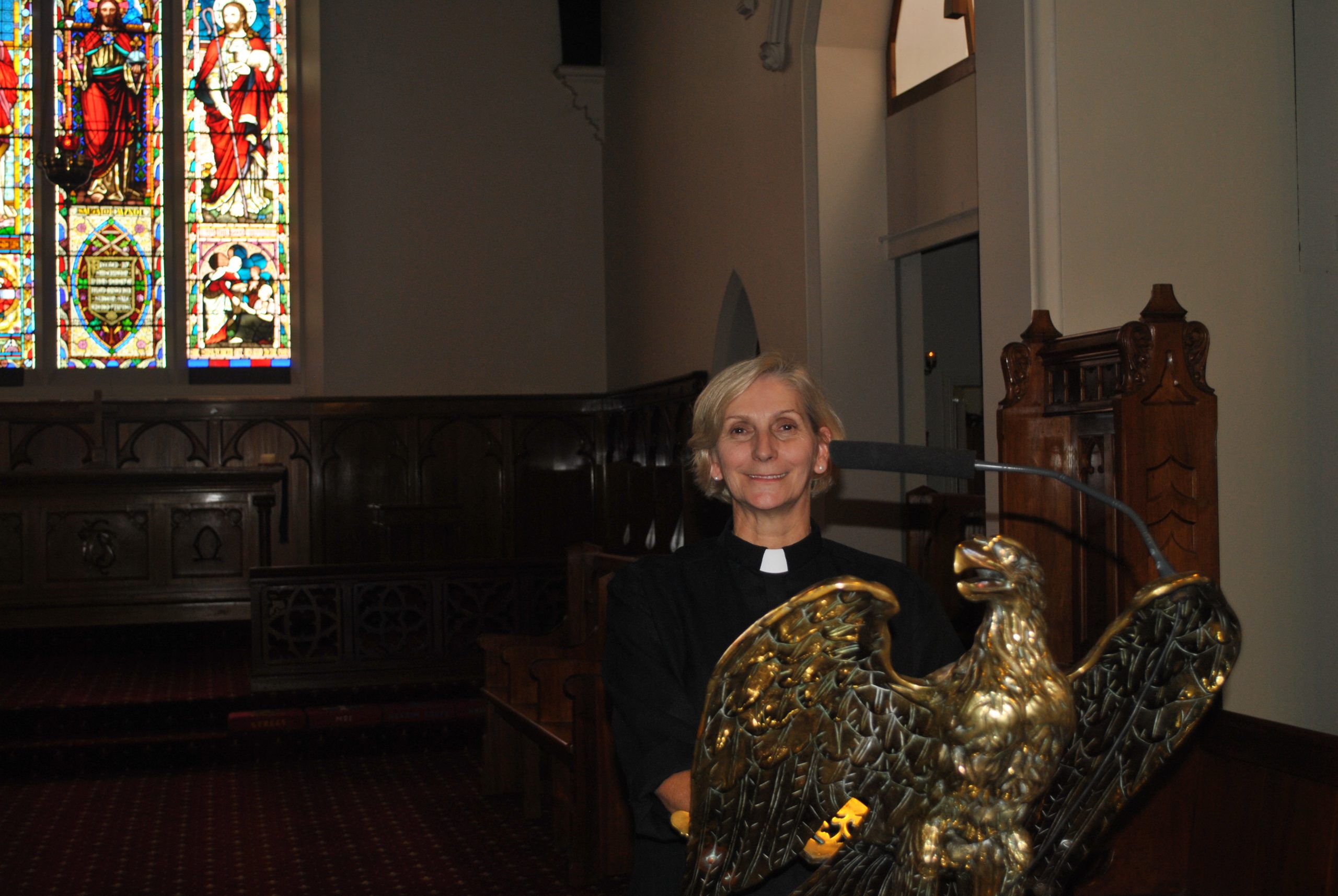 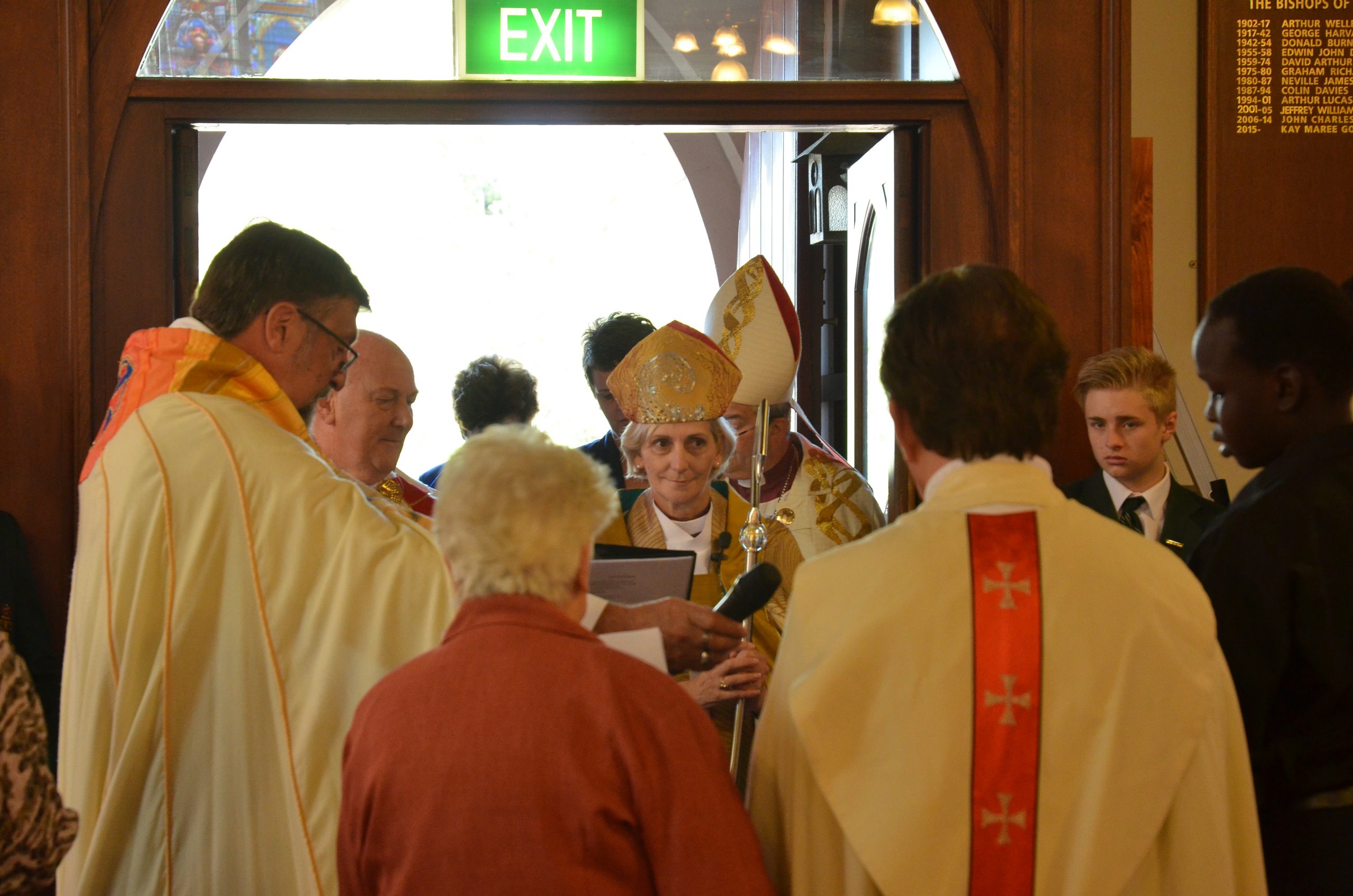 Bishop Goldsworthy was officially installed into her new role as the head of the Gippsland diocese on Saturday, replacing John McIntyre who died unexpectedly last year.

Originally from Melbourne, Bishop Goldsworthy has been a part of a number of historical firsts for the Anglican Church in Australia.

She was among the first group of women to be ordained deacons in 1986, before also being one of the first installed to the role of priest in 1992.

However, by far her biggest accolade was being named as the first female Anglican Bishop in Australia.

“It was an absolute honour,” Bishop Goldsworthy said. “I was one of 10 women who were made a priest when I was ordained, but as a bishop usually you’re it, you’re the person. So I felt very aware that I was going to be standing alone and there was a sense of privilege, honour and responsibility.”

It is an honour that has taken Bishop Goldsworthy across the width of the country, arriving in Sale from her latest appointment as assistant Bishop in the Diocese of Perth.

Moving from one of the nation’s capital cities to a less populated regional diocese is something she believes is all a natural part of her vocation.

“For Christians vocation has always got to be part of our language,” she said.

“(You have) to be open to the idea that God might, as one prayer we have says, ‘disturb our settled lives’. My life is very settled really and this call and answering it, being open to the possibility that God was moving me towards this and moving the diocese of Gippsland towards this was very important.”

“I grew up in a family of believers, not big church goers, but believers, and I think that the story of Jesus made sense for me,” Bishop Goldsworthy said.

Over the nearly three decades she has been dedicated to the religion, Bishop Goldsworthy has seen many changes both inside and outside the walls of the church.

From the increase in leadership roles for women in the church, to the decline of rural communities and the environmental footprint being left for future generations. Bishop Goldsworthy hopes to be able to have an influence and make a difference in the many challenges facing the Gippsland region.

“We do have a responsibility about how we leave our footprint and what kind of footprint we do leave for the next generations,” she said.

“I think one of the challenges is the future of coal and the impact of that on local communities and the environmental issues around that. It’s such a kind of two edged thing, we know this, but we also know that we need to live and we need to provide for our families and we need jobs.”

However, the Bishop admits her most immediate challenge will be to find her way around the region and to get to know the area.

“My father can tell terrific stories about both fishing and rabbiting in this part of the world when he was a young man, and I’m looking forward to learning about things like this beautiful, beautiful lake system, the waters are just gorgeous.”

Bishop Goldsworthy hopes her affect on the diocese which stretches from Orbost in the east to Nar Nar Goon in the west will not be limited to just those within the church or school walls, but will positively impact all throughout the communities.

“I hope that I’ve got an attentive ear to listen to their hopes and their dreams and their anxieties and to be still enough to be able to pray with people and to sit with people in the very hardest of times, as well as cheer them on in the best of times.”

There will be more photos from the installation in Friday’s Gippsland Times.