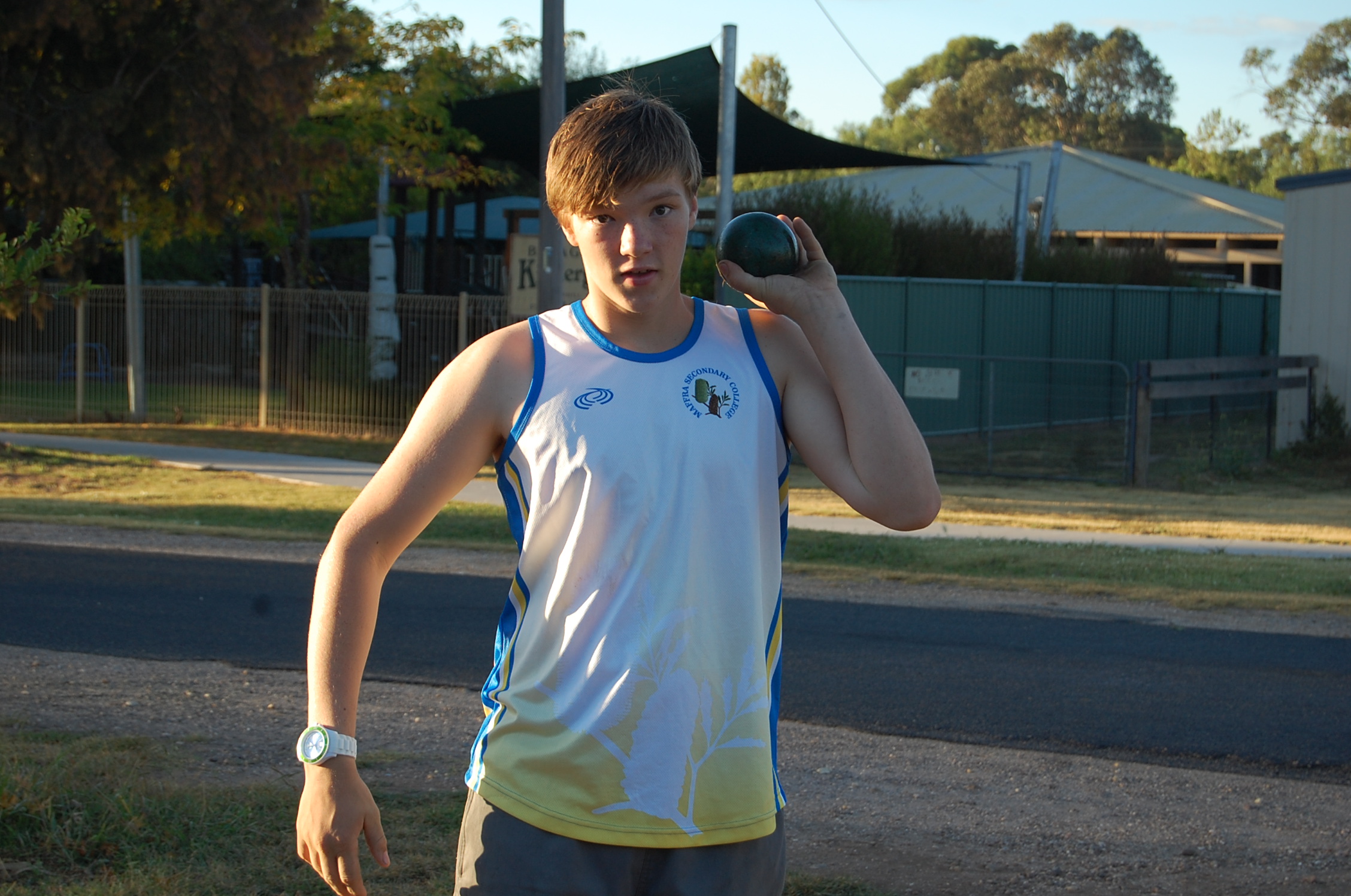 IF you ask Harry Conway of Briagolong about his sports prowess, you get a typically humble response: “I’m okay, I suppose”.

But Sports Travel Australia clearly spotted his talents and invited him to join a squad of 60 young Australians to compete in athletics events in Canada in June.

The Maffra Secondary College year eight student has impressed organisers with his efforts in recent competitions at regional and state level, particularly in discus and in shot put, where he is the current record holder for under 13s.

In Canada, Harry, 14, will be competing in the shot put, discus, javelin and hammer – the last two of which he has never tried before.

Largely self-taught, Harry will benefit from specialist coaching by Australian Institute of Sport trainers during the trip.

“That will be good experience,” he said.

“I’m doing most of the training myself, and sometimes at school.”

Harry has had some difficulty sourcing the correct javelin for training, but was hopeful of finding one soon to get in some early practice before departure.

“They’re going to train me in hammer-throw over there. I’ll give it a go,” he said.

Also, there is the football season about to begin, which will double up as fitness training to help keep Harry in top form.

His trip includes a week of intensive training, four days of competition, and a few days of free time.

Local businesses, residents and community groups have rallied round with various activities to help get Harry to the event.

The Briagolong and District Lions Club and Briagolong RSL have added to his fundraising total and there has been a substantial contribution from the Briagolong Tractor Pull committee.

“I really want to say thanks to everyone for the terrific support and if it wasn’t for all of you, I wouldn’t be able to compete,” Harry said.

In return, he is promising to do his best. “There will be medals,” he grinned.

“I reckon he’s as excited as I am,” Harry said.

“This is my first time overseas on a plane, and I don’t like planes much – but at least I’ve got my passport now.

“We will have about five days of sightseeing, which includes Whistler Mountain – and I suppose there will be a few bears,” Harry joked.

Harry is a quiet achiever and very humble, but admitted he would like to keep competing through to the highest levels.

“I suppose the Olympics, why not? Might as well try for that in the future.”

And Harry’s advice to other young sports stars of the future: “Try your hardest and never give up hope. With lots of practice you’ll get there in the end.”

To raise funds for Harry’s trip, a family fun cent night will be held at the Briagolong Mechanics’ Institute on Friday, March 27 from 7pm. The evening will feature prizes.

Anyone wanting to support Harry’s trip can also visit www.gofundme.com/hqiuo0