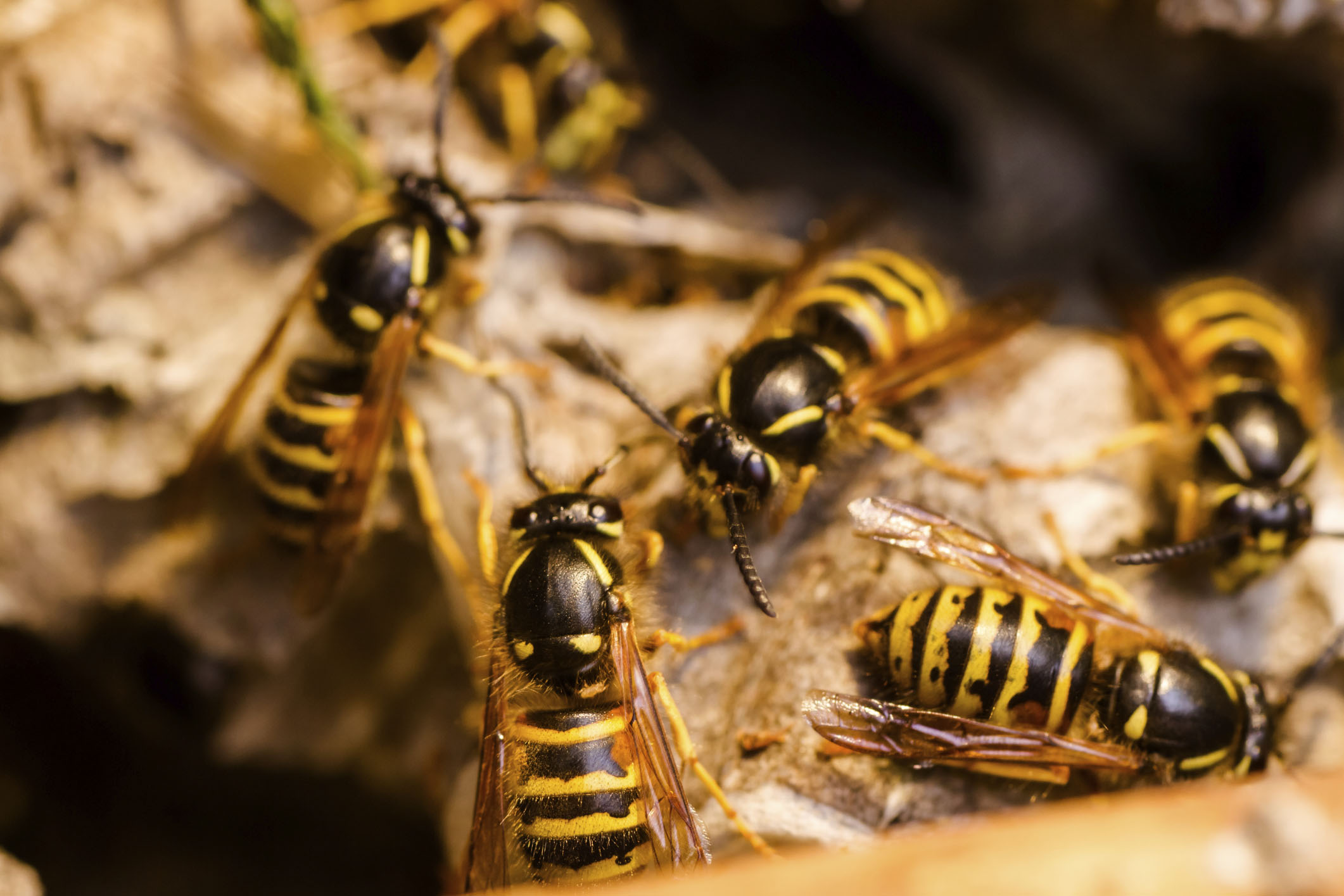 SALE and surrounding areas have been inundated with significantly high numbers of European wasps.

The Gippsland Times has received hundreds of reports via its Facebook page about increased numbers of the wasps throughout Gippsland and some places further afield.

People have reported being stung and have concerns about letting their pets and children go outside.

Pest removalist Peter MacManus said throughout his 12 years in the industry, this was by far one of the worst years he had seen.

Mr MacManus said he had already removed about 70 to 80 nests this year, a significantly higher number than previous years.

He said most years he would only be called to remove seven or eight nests.

Last week he destroyed 18 nests from the water catchment near the Swing Bridge.

Mr MacManus said the wasps had been particularly numerous in Sale and Maffra, but were widespread throughout central and east Gippsland.

Many people have shared advice on the Gippsland Times Facebook page about how to make homemade wasp traps, however Mr MacManus said traps were only a temporary fix.

He said nothing could be done to prevent wasps from nesting and although traps could reduce numbers, the wasps would keep breeding.

Mr MacManus said people with nests on their properties should phone a professional to remove it as European wasps could become aggressive when aggravated.

“We wear what’s like a protective bee suit and thick gloves,” he said.

“I wouldn’t try to kill them without all that protective equipment.

“A European wasp can sting you 40 times if it wants to.

“Just stay away from them.”

One Facebook user commented that she was taken to hospital after being repeatedly stung by wasps in Bairnsdale.

“I was taken to hospital after a swarm of them attacked me while walking the dogs in Eastwood Bairnsdale,” she said.

“Was a horrible feeling as they stung me on my head in my hair and all over my back.”

Another Facebook user reported people at her workplace in Wurruk being stung by wasps.

“Plenty of them out at Wurruk where I work,” she said.

“Two people have been stung by them.

“Set two wasp traps last Thursday and they were full by Friday morning.

“There’s hundreds of them.”

Mr MacManus said European wasps usually built their nests underground, but could be found in other areas including trees.

“The nests are the size of a football; it looks like a bee hive,” he said.

Mr MacManus said European wasps left their nests in search of food and were attracted to meat, fruit and sugary substances, so people should avoid leaving food and drinks unattended outside.

He said he couldn’t provide a definite answer as to why there had been an increased number of wasps, but said it may be because of the mild summer.

He said numbers should ease in the next month or so as the cooler weather set in.

He expects many more calls until then.

Wellington Shire Council general manager for development John Websdale said if a wasp nest was found on land that was managed by council, its environmental health team would organise for its removal by a trained exterminator.

“I strongly recommend seeking the advice of a professional before attempting to remove a wasp nest yourself or by using traps and other extermination methods,” Mr Websdale said.