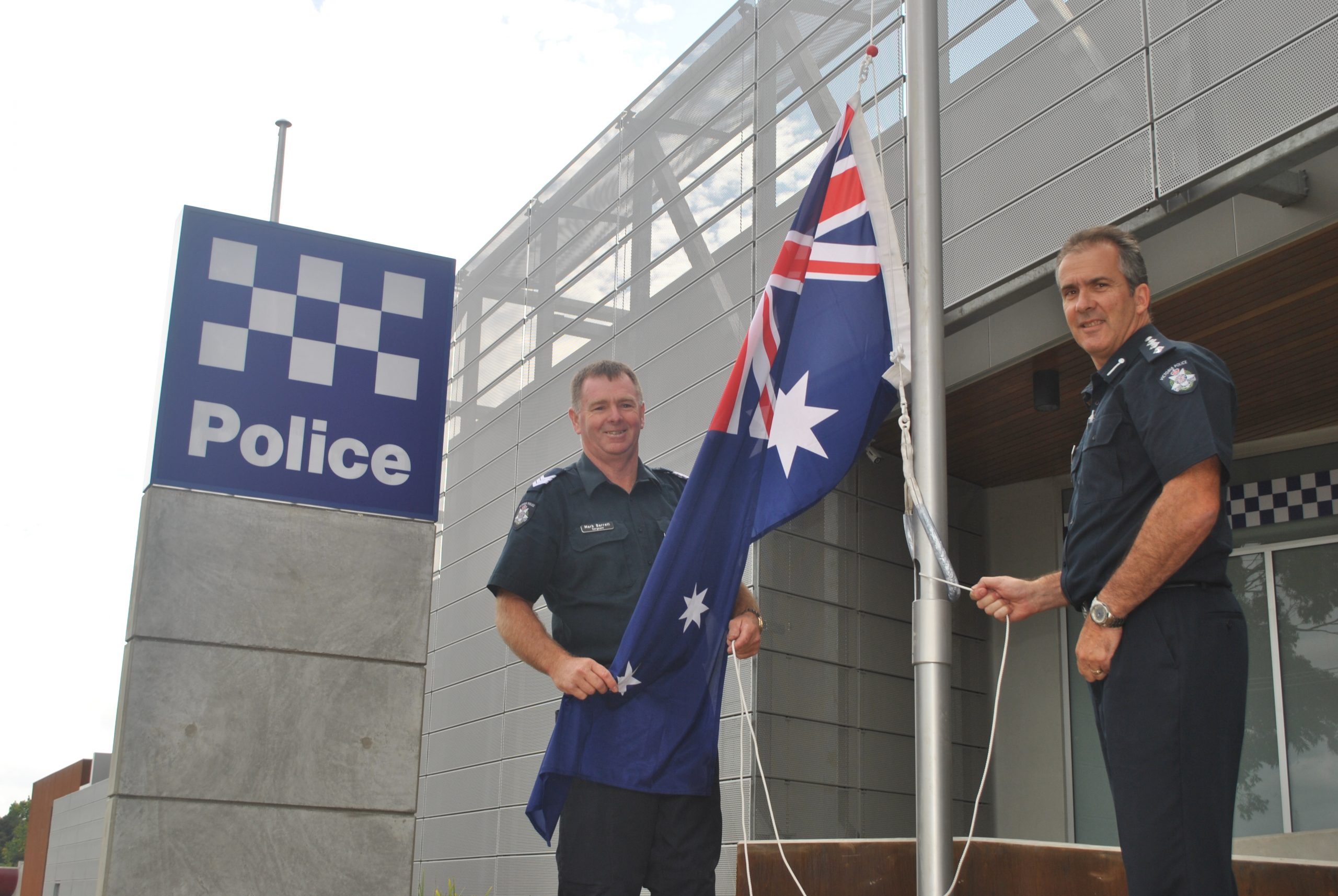 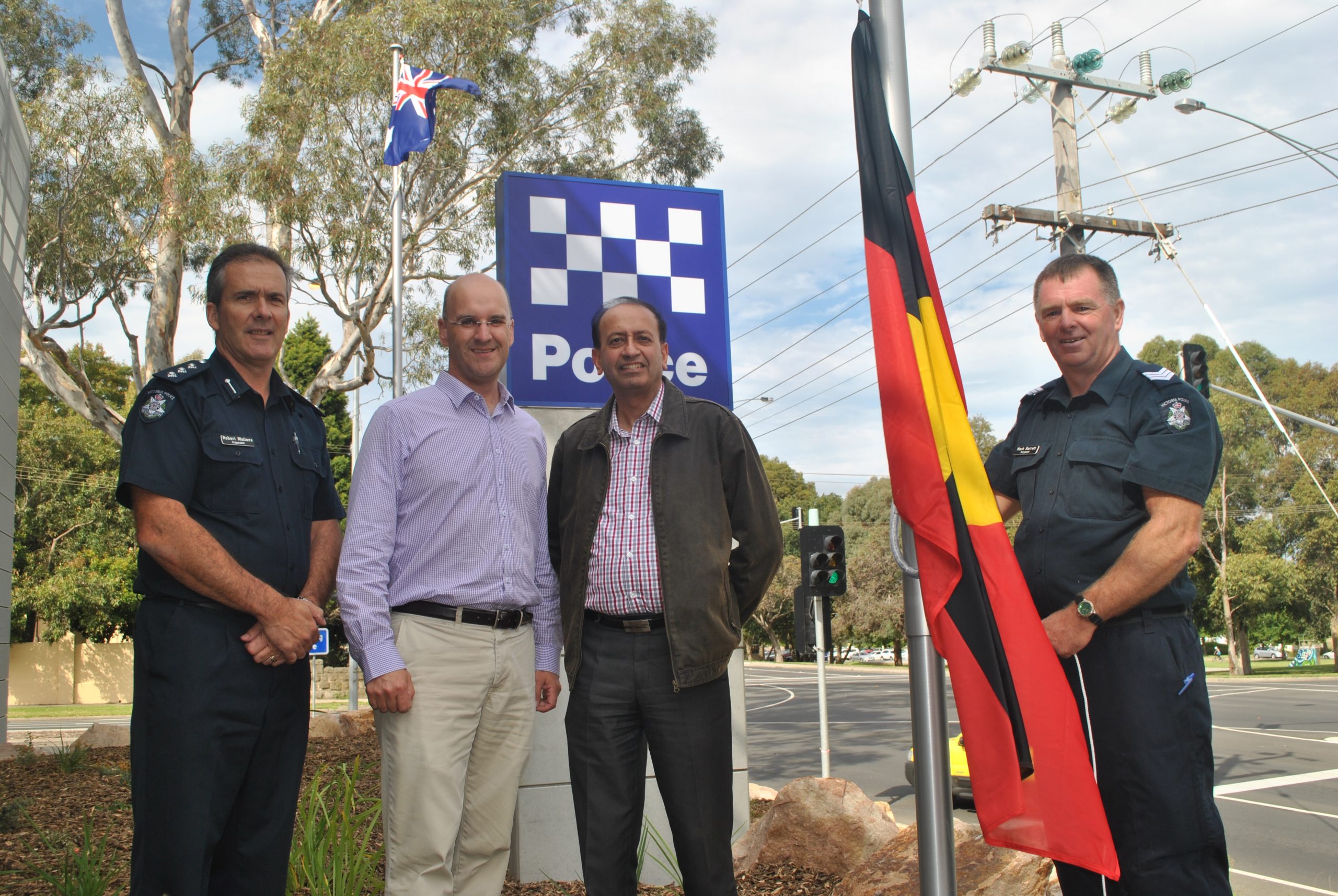 SALE’S new police station is now operational and open to the public.

Inspector Wallace said everyone at the station was excited about moving into the modern police facility.

“Today culminates four plus years of planning from when we first selected the site, to going through the building design and to here today and we actually get to move in and use the facilities,” he said on Wednesday.

“It’s a long process and a lot of hard work by a lot of people.

“All the staff are very excited to move from our existing building . . . into a modern police facility.”

Inspector Wallace said when excavation first started at the site, a well at the rear of the building was found, which meant building plans had to be altered.

“In line with keeping up with the natural heritage of the zone, the building was actually altered to make a feature garden area where people can reflect,” he said.

The police memorial plaque from the former police site has been placed in the garden.

Inspector Wallace said the new station has been built with the ability to expand in the future.

“The maximum capacity of the building is 105, and we’re currently just over the 70 mark, so it gives us some expansion in the future,” he said.

Inspector Wallace said the Family Violence Unit has become a permanent unit at the station which will collaborate with the Department of Human Services.

“They will soon be co-locating with DHS members and that will assist us to address family violence issues that we have,” he said.

The new building also features public consultation and interview rooms; mess room and other staff amenities including change rooms and a gymnasium; conference and training room facilities that can be adopted for emergency situations and management purposes; short term custodial holding rooms, and custodial area and administration work areas.

Recently elected Member for Gippsland South Danny O’Brien, who was present for the flag raising, said the new station is a great facility that will service communities throughout Wellington Shire.

“It’s great for the local police and they do a great job…but to have a better facility makes their job easier,” Mr O’Brien said.

“It makes it more comfortable for officers wanting to come to Sale too.

“I just joked with the boys that we’re both moving in within a day or two of each other.”

Mr O’Brien said the new station was one of the many legacies of former Gippsland South MLA Peter Ryan.

“I think it’s a bit of a shame that he’s not still the member to see it operational,” Mr O’Brien said.

“But I know he was very passionate about getting the job done, particularly when it became clear that over the years the old station was just not up to scratch anymore.

“It’s about . . . building something that is fit for purpose for the modern way of policing.

“There’s great technology in (the station) that helps with crime fighting and general community safety.”

An official opening of the new station is likely to take place in coming months.

It is unknown at this stage what the former Sale police station site will be used for.