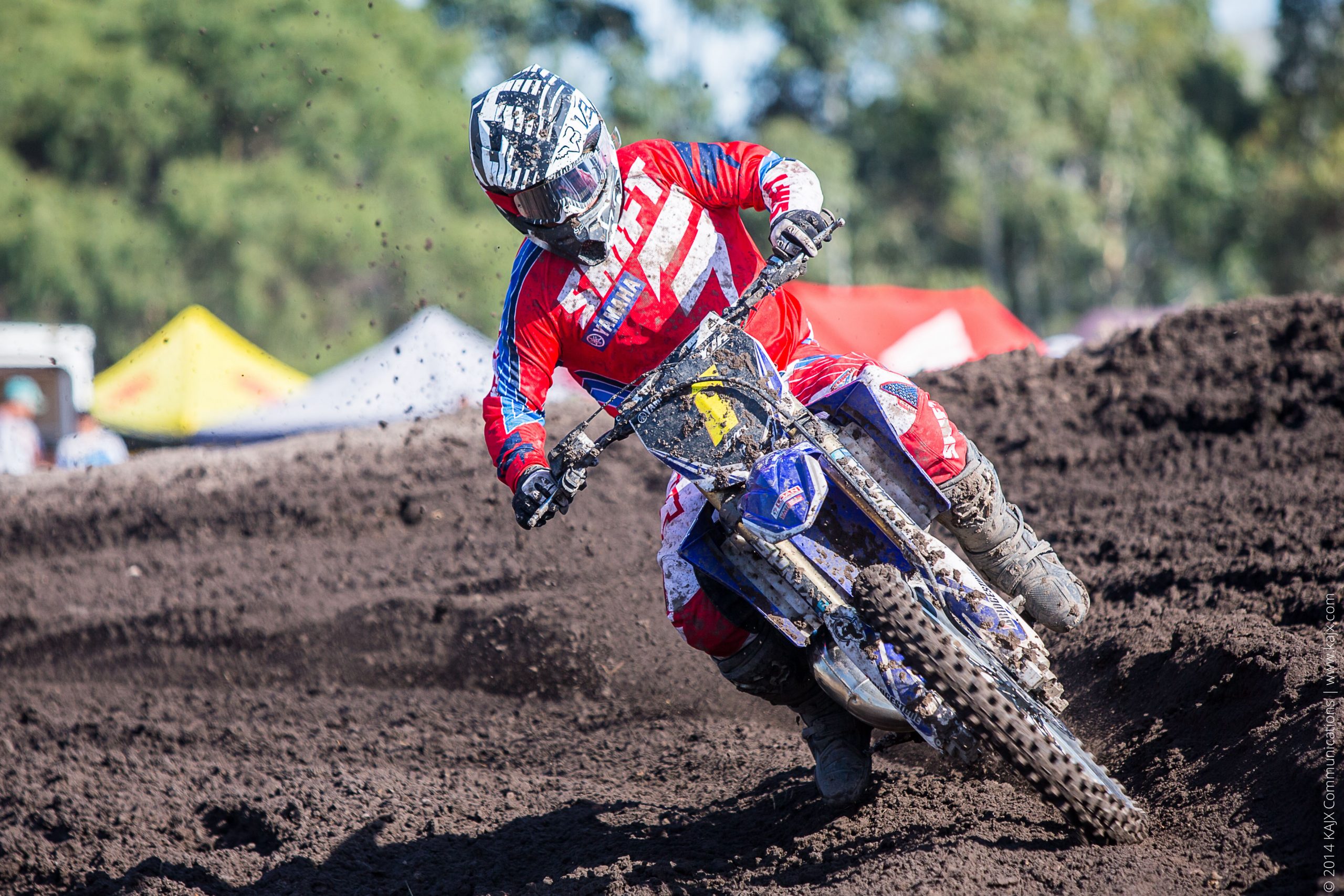 RISING Tinamba motocross star Cody Dyce began his year on a winning note by securing top spot on the podium in the 250cc A grade and 125cc A grade classes during the opening round of the Victorian Junior Motocross Championships.

The event was held at the Korumburra Motorcycle Club at Outtrim last weekend.

In October, Cody won the 125cc two-stroke (13 to 15-year-old) class at the Australian junior championships.

Cody, 14, was happy to get off to a good start in Victoria’s premier motocross competition for juniors.

“In the first race, I started on gate 38, which is right on the outside. I ended up getting pushed way out wide and started out in fifth-place,”

Cody said, reflecting on his performance in the 250cc A grade class on Saturday.

“Callum Norton got off to a good lead. I managed to move into second-place but unfortunately I couldn’t catch him.

“In the second race, I got a better starting gate, got the holeshot, and led the race lap by lap and did the same for the next race.”

Cody has a nine-point lead over Callum Norton in the series.

In the 125cc A grade class on Sunday, Cody asserted his authority on the rest of his competitors winning all three races, and also has a nine-point lead over Wayde Kirkland.

“Callum and Wayde and I have all battled each other since we were on 85cc bikes when we were younger,” Cody said.

“I really enjoy it. It’s a lot of fun racing against those two.

The second round of the Victorian Junior Motocross Championships will be held at Colac on May 2 and 3.

“I’m really looking forward to Colac. I just have to stay fit and try and do the same thing that I did this weekend,” Cody said.