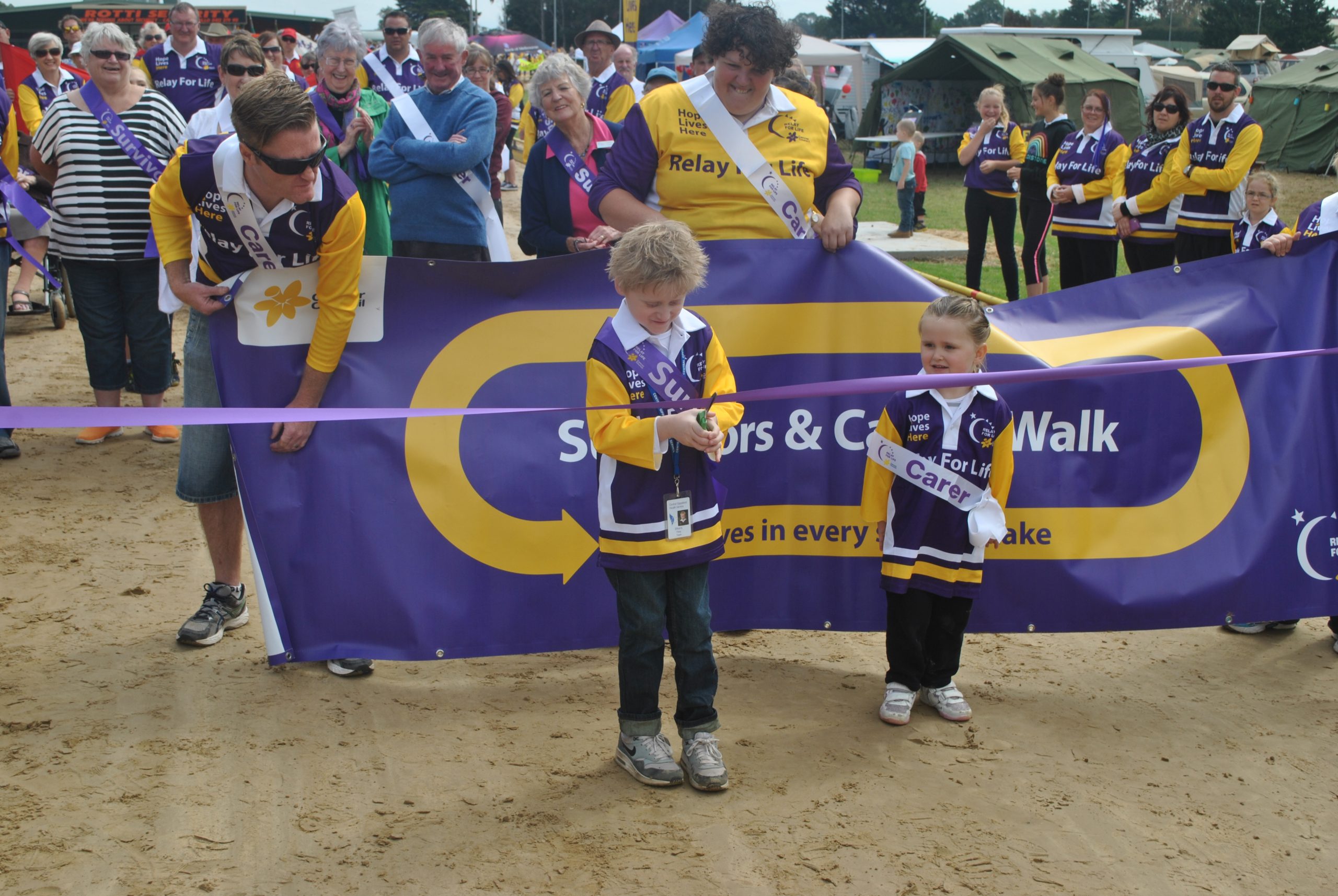 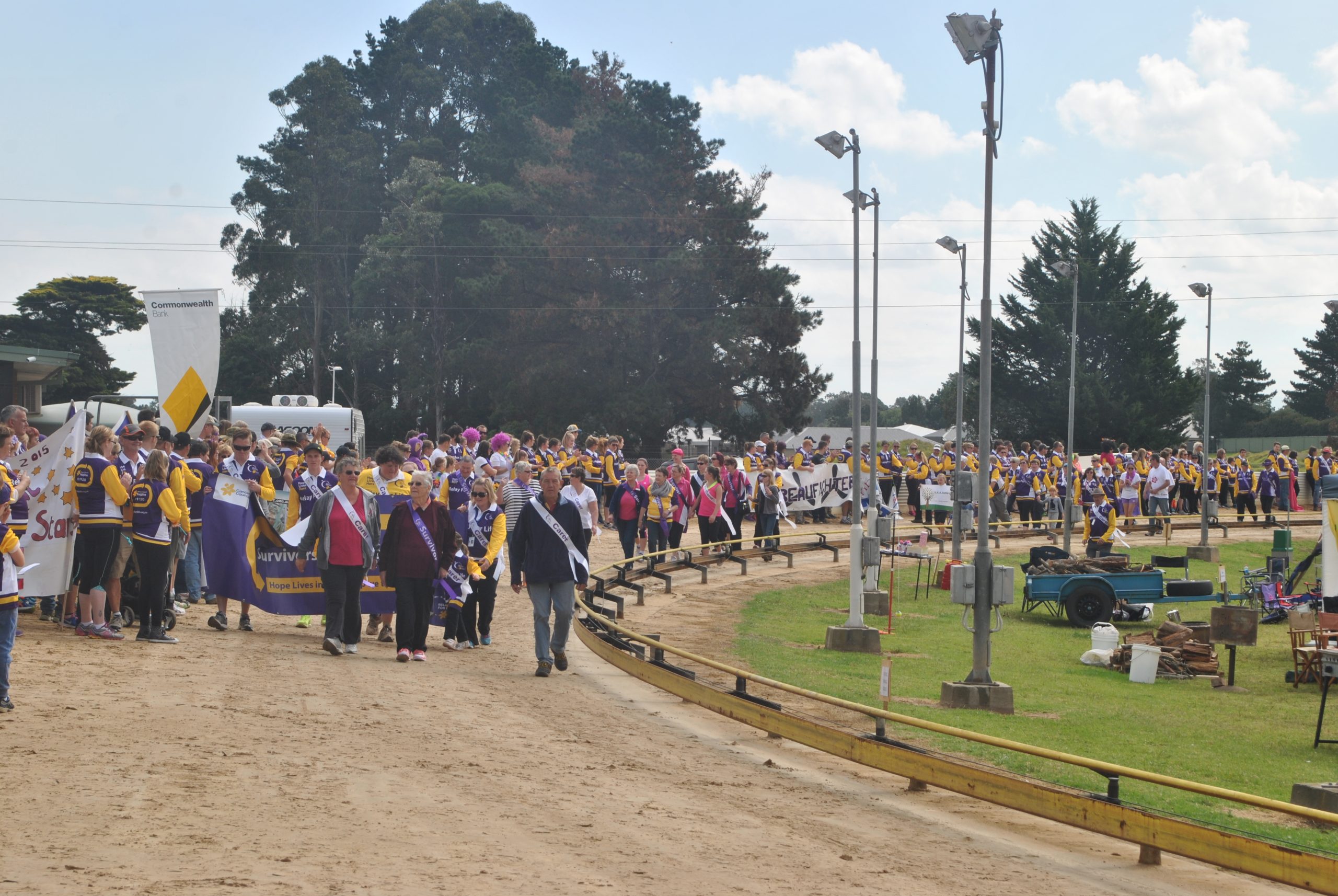 THE 2015 Wellington Relay for Life raised more than $100,000 towards Cancer Council research.

Teams continuously walked laps of the Sale Greyhound Track from 2pm on Saturday through until 10am on Sunday morning, with 2015 committee chairman David Harrington hailing the day an enormous success.

“It was a highly successful community event, with 37 teams involved,” he said.

“The entertainment and the ‘fight back against cancer’ activities were all very well attended, while the candlelight ceremony was very moving and gave people the opportunity to remember and commemorate the lives of family and friends who have already passed away from cancer.”

The honour of cutting the ribbon to get the relay underway went to six-year-old Ethan Monk, who has overcome quite a battle with cancer in his short life.

Diagnosed with stage one ‘Wilms tumour’ at eight months old, Ethan underwent chemotherapy. One day after his first birthday his family was told that he had suffered an incredibly rare relapse, this was the toughest news for Ethan’s mother Mindy to take.

“To hear he had relapsed was probably the toughest part, it was more troubling than to hear he had cancer,” she said.

After receiving chemotherapy so intense that doctors were forced to put him into an induced coma, this May will mark five years since Ethan’s last treatment, meaning he will be completely in remission from the disease.

Having taken part in the last three relays, the moment when Ethan cut the ribbon was a special milestone.