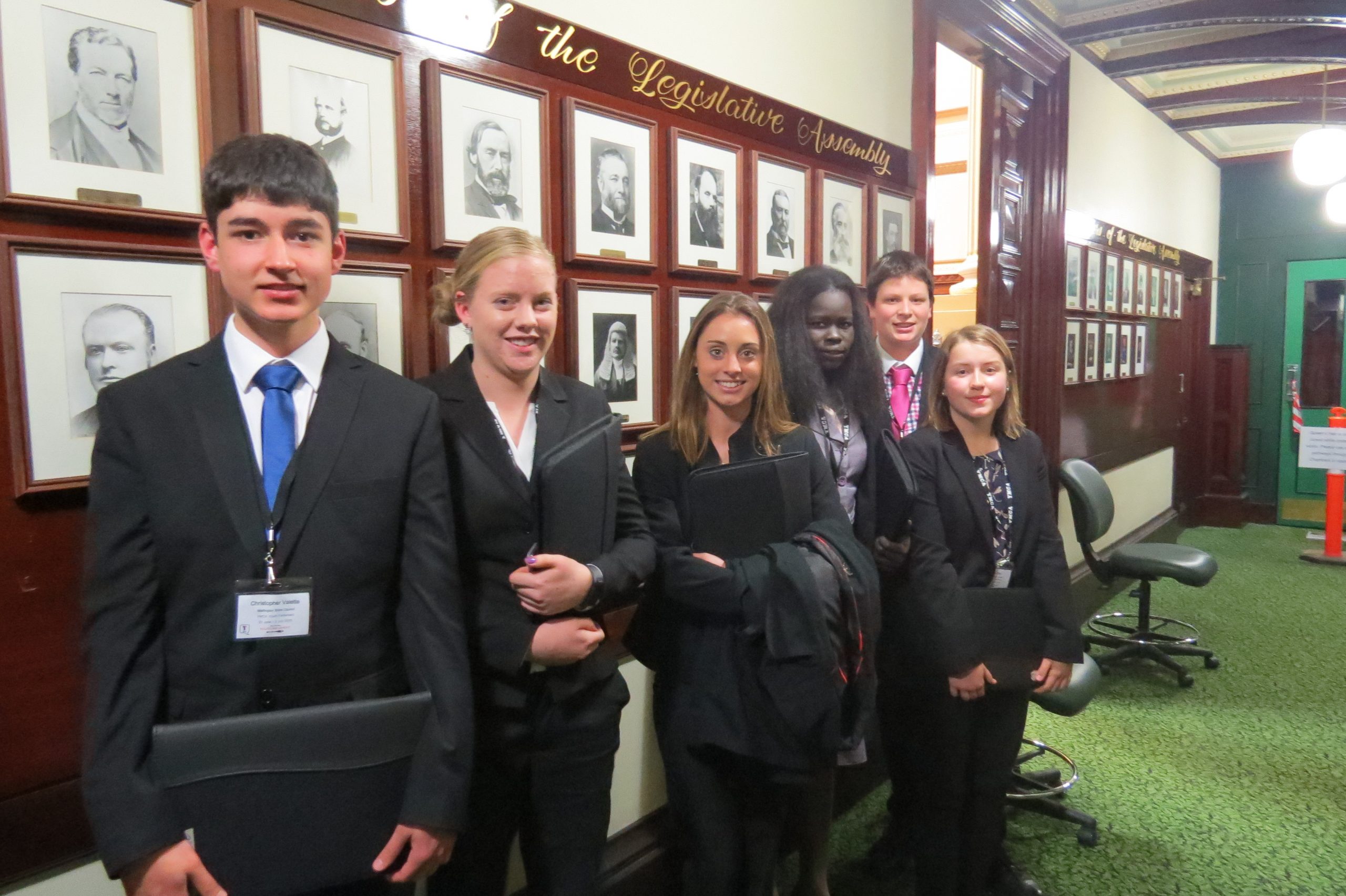 GIPPSLAND’S only youth parliament team, the one from Wellington shire, had great success recently in campaigning for mental health first aid in secondary schools, taking away multiple awards.

YMCA’s Youth Parliament runs annually for one week and invites young people with a passion for politics and debating to become part of a Youth Legislative Assembly at Parliament House in Melbourne.

James Gover was awarded best debater in the Legislative Assembly.

While passing a bill in Youth Parliament does not make it law, over the past 20 years of the event more than 20 bills have gone on to become legislation.

Wellington Shire Council youth mayor Matt Vaux said it was a great opportunity for the youth councillors and it was great that James, who had previously been to Youth Parliament, could help the team.

In addition to debating for or against bills, each youth parliamentarian had the opportunity to address the assembly for two minutes on a topic they were passionate about.

James spoke about the negative impacts of racist humour.

“That was probably the highlight for me, it was pretty cool.

“It was really good. It’s a great chance to speak your mind really.”

While the youth parliamentarians were not debating, they participated in recreation activities.

Youth council member Kaitlin Woolford was awarded for her participation in the recreation activities.

The team was given the task of refuting a bill which would have seen four compulsory youth ambassador positions in all councils.

Understandably, this was a tough topic to refute, so the team diligently identified problems with the bill, including the proposed restructuring of youth councils to reduce numbers to only four representatives.

The team argued having only four councillors would not give an accurate representation of youth in the community.

“To achieve this sort of success requires a great deal of dedication and practice,” Cr Crossley said.

“Wellington Shire Youth Council has made this issue a key project and have been very actively involved in various forums on ice, drugs and alcohol, mental health and bullying.”