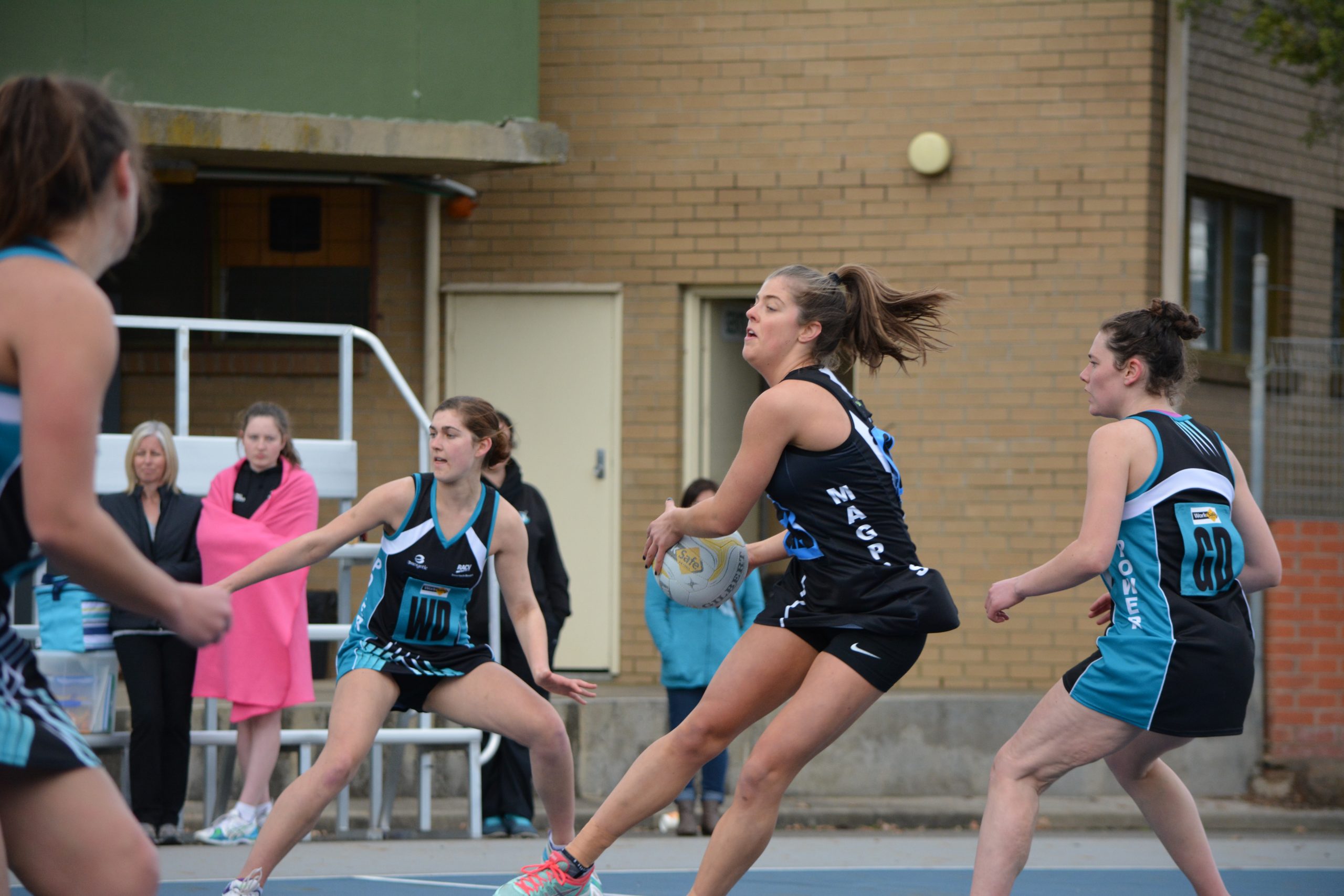 SALE moved back into the Gippsland League netball top five following its 55-32 win over Wonthaggi.

The Magpies got away to a flying start on Saturday, leading 14-6 at the first change to set-up the victory.

Sharni Lambden dominated the centre for Sale, setting up chances in attack.

Morwell is back on top after its 36-30 win over Moe on Sunday.

ROSEDALE restored its six-point lead on top of the North Gippsland ladder with a 44-23 win over Traralgon-Tyers United.

The win at Tyers on Sunday completed the split round.

Third-placed Heyfield fell slightly off the pace after its 39-29 home loss to sixth-placed Cowwarr on Saturday.

In the battle between the bottom two sides, Gormandale defeated the win-less Yarram 50-31.

The Swans defeated the bottom side 71-28 in Paynesville.