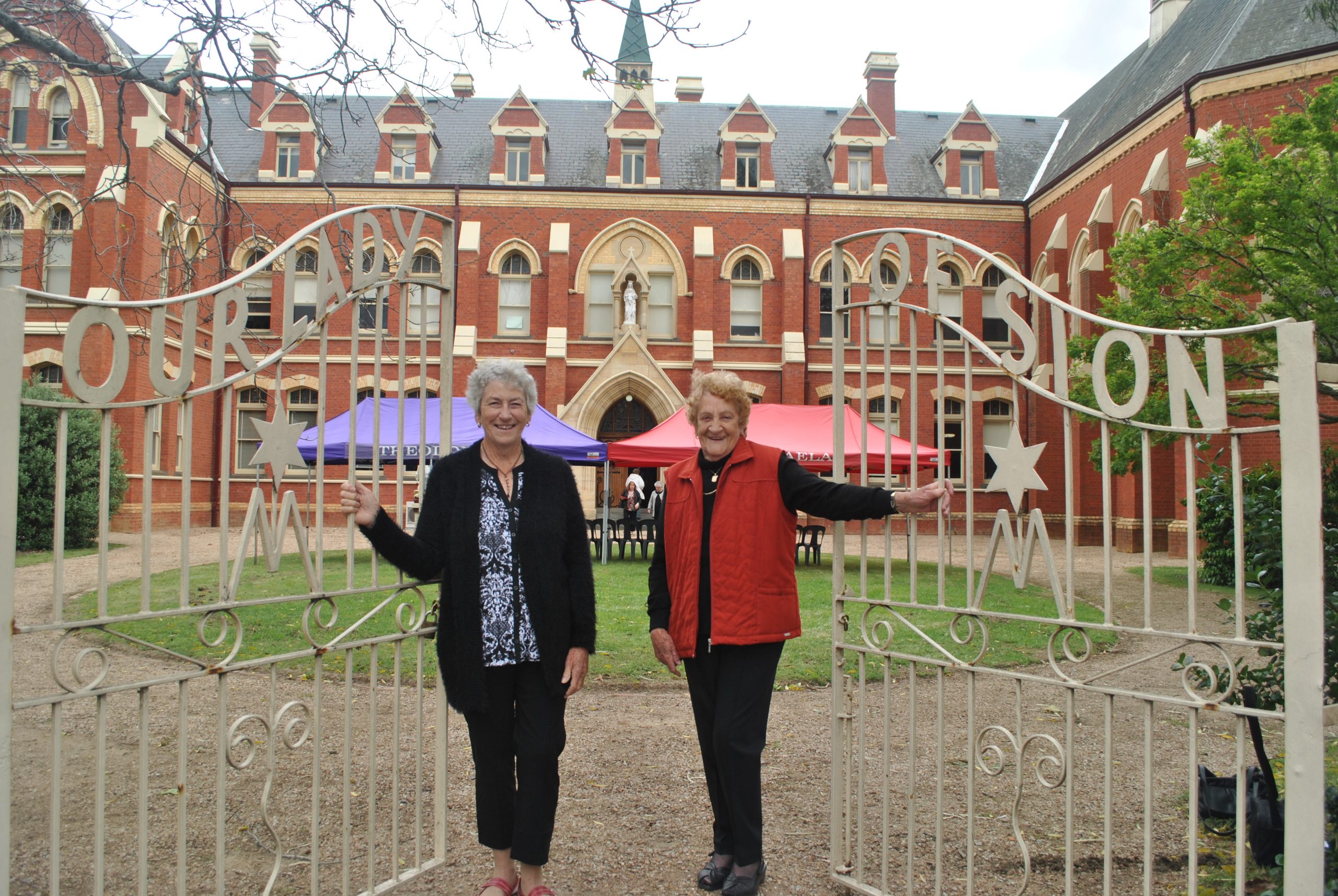 SCHOLARS past and present of Our Lady of Sion College celebrated the 125th anniversary of the college’s opening on Saturday.

About 70 people joined deputy principal Peter Centra on the first guided tour of Sion at 11am, where he discussed the rich history of the campus.

Tours ran hourly throughout the day to allow past students and interested community members the opportunity to explore the beautiful buildings and gardens.

Excited visitors were overheard saying “I’ve never been here, have you?”

“No, I’m so excited, I’ve always wanted to look inside.”

Saturday’s anniversary also marked the arrival of the Sisters of Sion in Sale and their contribution to educating young people in Sale and the wider district.

“Bishop Corbett, the first Bishop of Sale, went to England and Europe and America in 1889 and his task was to get religious brothers and sisters and priests to come out here to work in this diocese the Diocese of Sale,” Mr Centra explained on the tour.

When he returned to Paris, Bishop Corbett’s idea to send sisters back to Australia was initially rejected, but the decision was soon overturned and seven sisters came to Australia in 1890.

During the guided tour, past students from the 50s, 60s and 70s shared their fond memories.

Former Sion students Mary Dyke and Iris Russell pointed out where their beds had been set up when they boarded at the school.

Catholic College Sale promotions and communications officer Liz Whitehill said they were thrilled with the turnout on Saturday.

Former students travelled from around Gippsland as well as interstate to relive their glory days at the college.

“People were coming through the door before 11am they were just so keen to get through,” Ms Whitehill said.

“We’re really happy to open the doors and allow people to come through who have a connection with the college and take a trip down memory lane, and also to people who had never been in the college before.

During a reunion held on Sunday, Sister Lauraine Brice, Sister Stella O’Donnell and Sister Mariana Handley celebrated their 90th birthdays, which all fell this year.