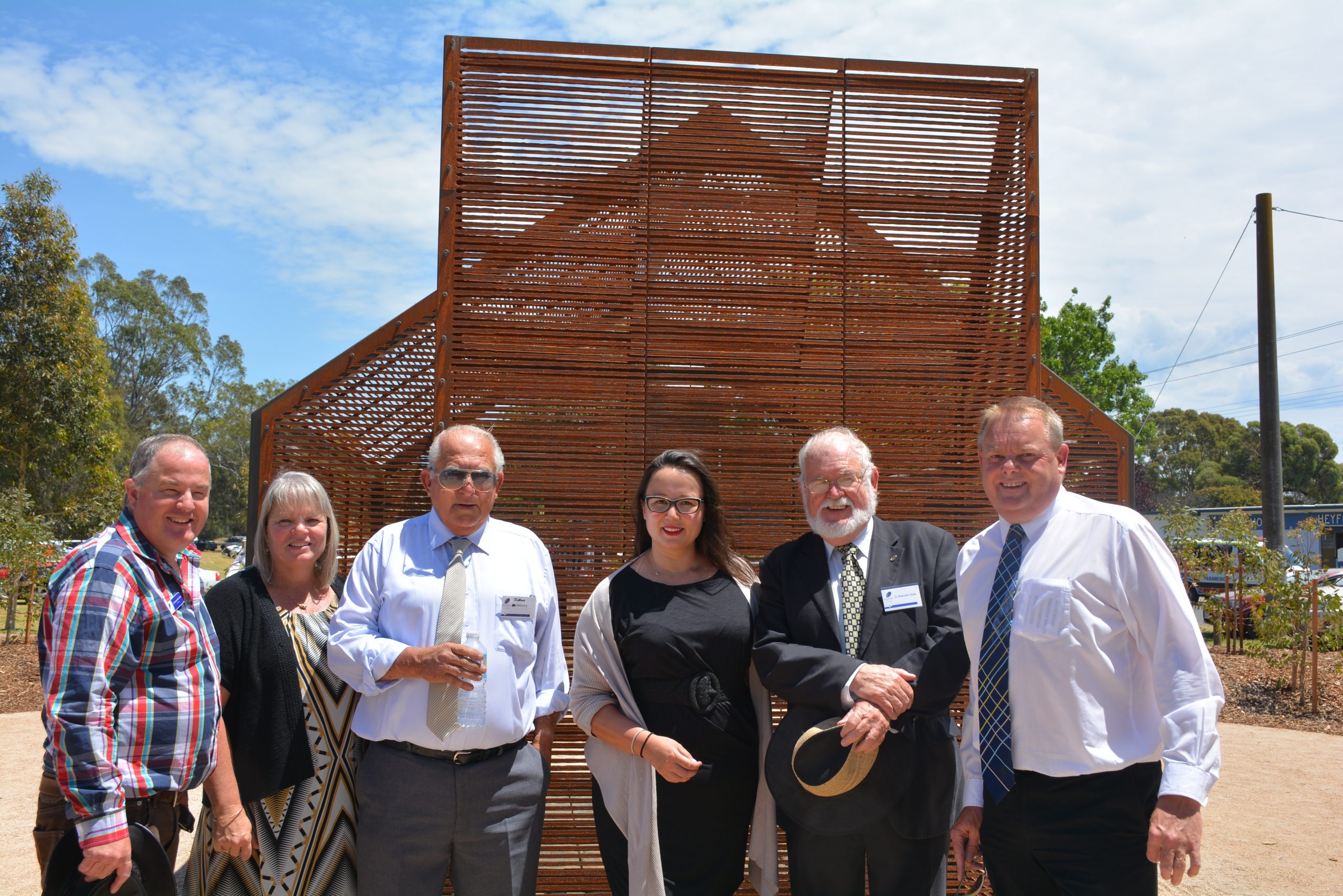 THE Victorian Timber Worker’s Memorial was unveiled in Heyfield on Saturday.

The memorial features the names of timber industry workers who have died on the job from across the state, as well as a sculpture of an iron hut that represents a bush chapel.

Gippsland East MLA Tim Bull, and Gary Leeson, of Leeson’s Logging and Cartage, read out the list of more than 70 names of the deceased workers.

Years of research went into finding the names and details of the workers, after the decision was made to expand the scope from local workers to loggers from all over Victoria, including the Otways.

The Heyfield community raised $15,000 for the project, with the state government contributing $65,000 from the Regional Growth Fund, and Wellington Shire Council $40,000.

Heyfield was chosen because, in the words of memorial committee president John Mahoney, “we did something about it.”

Harriet Shing MLC noted that the memorial was not just a place for families of workers to reflect, but was also a reminder of the need to be safe at work.

“We need to consider all the near misses too,” she said.

“There’s always more work to be done in work safety.”

“It’ll only get better with age, as the metal rusts and the trees grow taller,” Ms Grace said.

“We had a sort of romantic vision of a bush chapel, so it’s a place to remember and mourn.”

“We’re really happy to be a part of it. It’s an integral part of Australian history.”

The opening also featured a display of classic and modern log trucks, and a woodchop demonstration from the South and Central Gippsland Axemen Association.