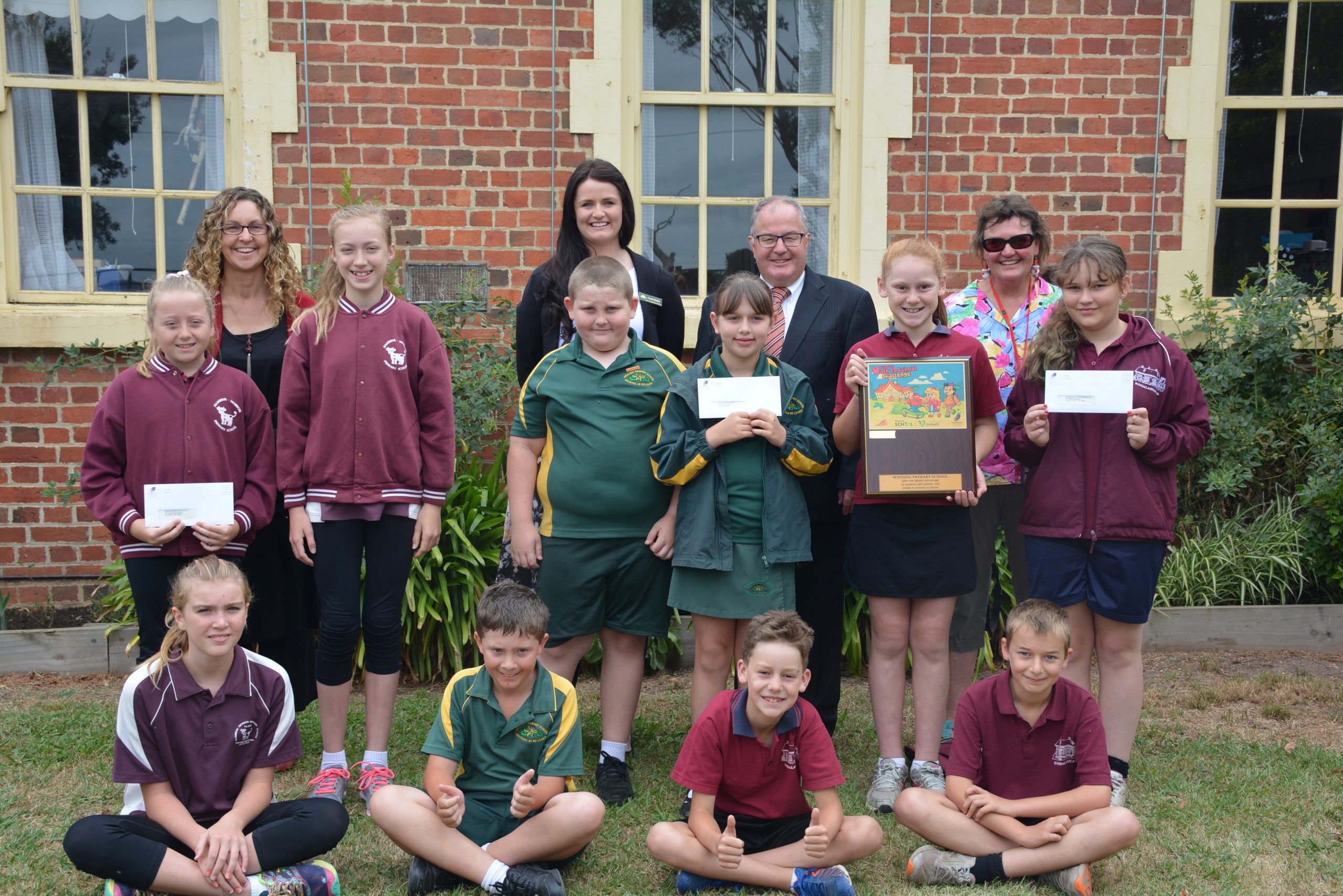 WELLINGTON Shire’s Walk To School Challenge for 2015 was a success, with 29 of the 31 primary schools in the area taking part.

Winners of the challenge, Bundalaguah Primary, were not able to get students to walk to school, as their location on a busy rural road made it dangerous, and many of them lived too far away on farms.

Instead, the children took it upon themselves to organise the whole school to walk around the oval at the start of every day, and at lunchtime, to make up for it.

They were awarded a perpetual trophy and $1000, from the council and VicHealth, which will be put towards building a proper running track.

“It’s great for the kids, they get more fresh air and exercise, and they really enjoy it,” she said.

They used a council grant to buy fresh and frozen fruit as prizes.

Teacher Sarah Johnstone said they also learnt essential road skills through a bike education course, which also led to a ride to Sale.

Meanwhile, Araluen Primary School’s preps learnt about the council’s engineers, and sent them thank you notes for all the work they put in making sure the footpaths and pools were in good condition.

Prep teacher Casie Winton said it was great to not only get the kids active, but also learn about their town.

“It was nice to develop a good connection between the community and the school,” she said.

The older years participated in team games as well, and were rewarded with a movie day.

The council’s focus this year was on getting the schools to lead the way with their own initiatives, as not everyone can safely get to school on their own.

Other projects included St Patrick’s Primary School in Stratford giving a presentation to the council, and walking to the bus stop.

Bike education was a major push, as only four schools had bike ed programs before the Walk to School Challenge, which can be hard to include in the curriculum.

Mayor Darren McCubbin was beaming while giving away the awards at Bundalaguah Primary School, saying he was impressed with how many kids were involved.

“Well done to everyone who took part, let’s make it even bigger and better next year!”