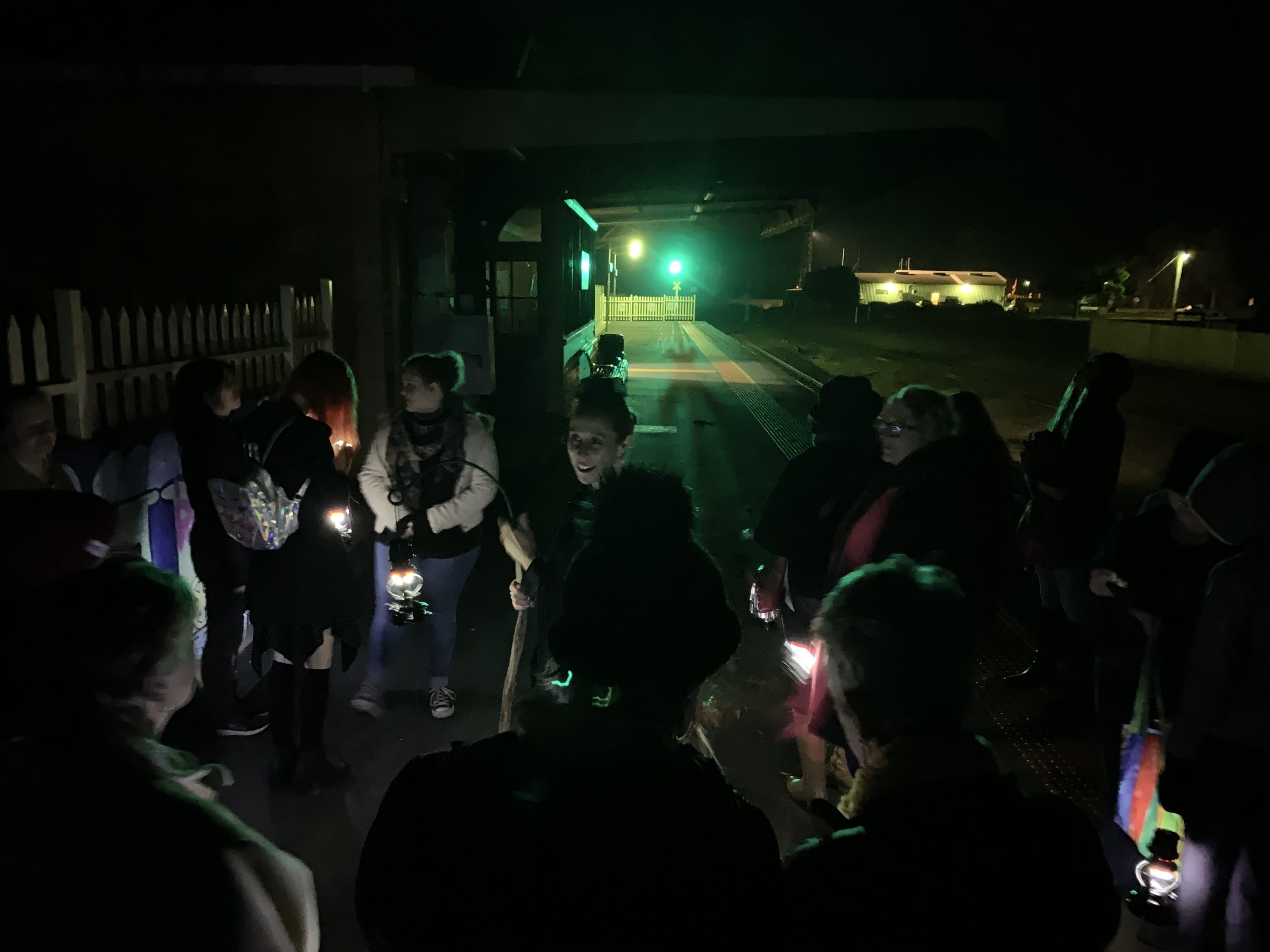 “ANGELS and ministers of grace, defend us!”

The terror-stricken plea, originating from a group of brave souls bearing lanterns on Stratford’s dark streets, rang out in the still of the town’s witching hour. Anna Roberts had just warned her tour participants about protecting themselves against any dark spirits that may be present as they roamed Stratford’s old roads.

In keeping with this year’s Shakespeare on the River Festival’s theme of ‘Shakesfeare’, the ghost tour takes participants on a two kilometre trek by torchlight, uncovering some of Stratford’s darkest history. Through theatrical story-telling, Anna takes her group back to the days when horse thieves, drunks, murderers and, of course, their victims, occupied William Odell Raymond’s run, established in 1842, and then Stratford, surveyed in 1854.

The tour stops at places of great historic significance along the way, such as the site of the original Shakespeare Hotel, established in 1848, to explain the town’s shadier roots and the back story of some of its famous (or infamous) figures.

It is impossible to truly explain the foundations of the town, Stratford upon Avon, without making reference to Shakespeare, and Anna weaves Stratford’s historic tragedies with those that line the Bard’s pages. Her impressive knowledge of all things Stratford is evident, as she stops at sculptures along the Shakespeare Arts Trail, and points out buildings more than a century old.

Anna even briefly touches on one of the biggest urban (rural) legends to come out of Stratford – the tale of the travelling circus elephant, killed by Stratford rail bridge and rumoured to be buried nearby, which now has a new ending, uncovered by recent research findings.

Anna has a unique knack of drawing her audience in on her every word, until it seems the group is even collectively holding its breath in anticipation. A few fruit bats with impeccable timing, but presumably not trained to be apart of the tour, certainly added to the dramatic flair of the evening.

The night concludes at the Stratford Courthouse Theatre, where the building’s own dark past is revealed – back when criminals were convicted and sentenced within its walls. A hearty nightcap is included as part of the tour, to warm the body and rid the soul of any pesky evil spirits that might have latched on during the walk.

While this year the ghost tour is understandably completely sold out, the Gippsland Times definitely recommends getting in quick next year to book a spot.