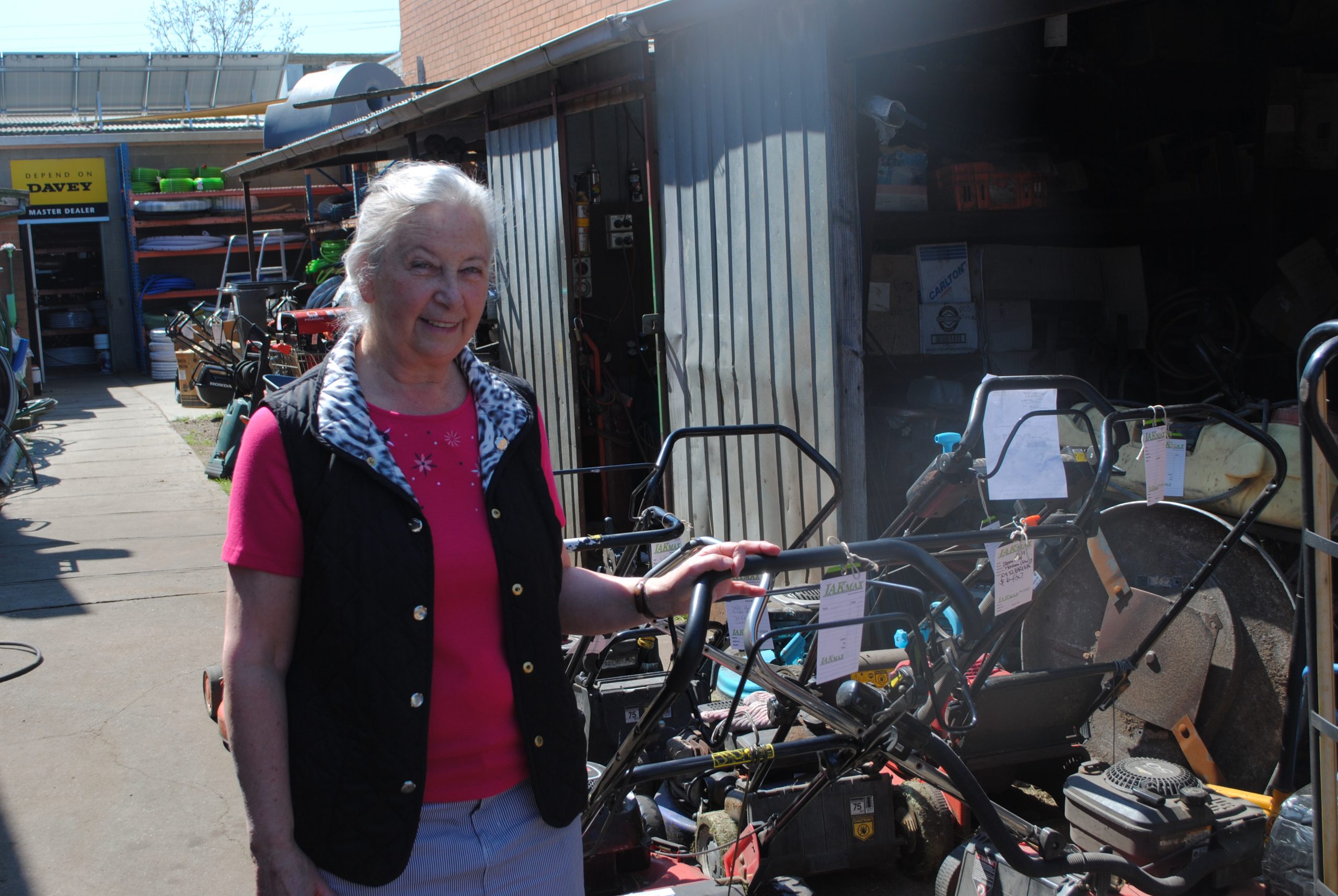 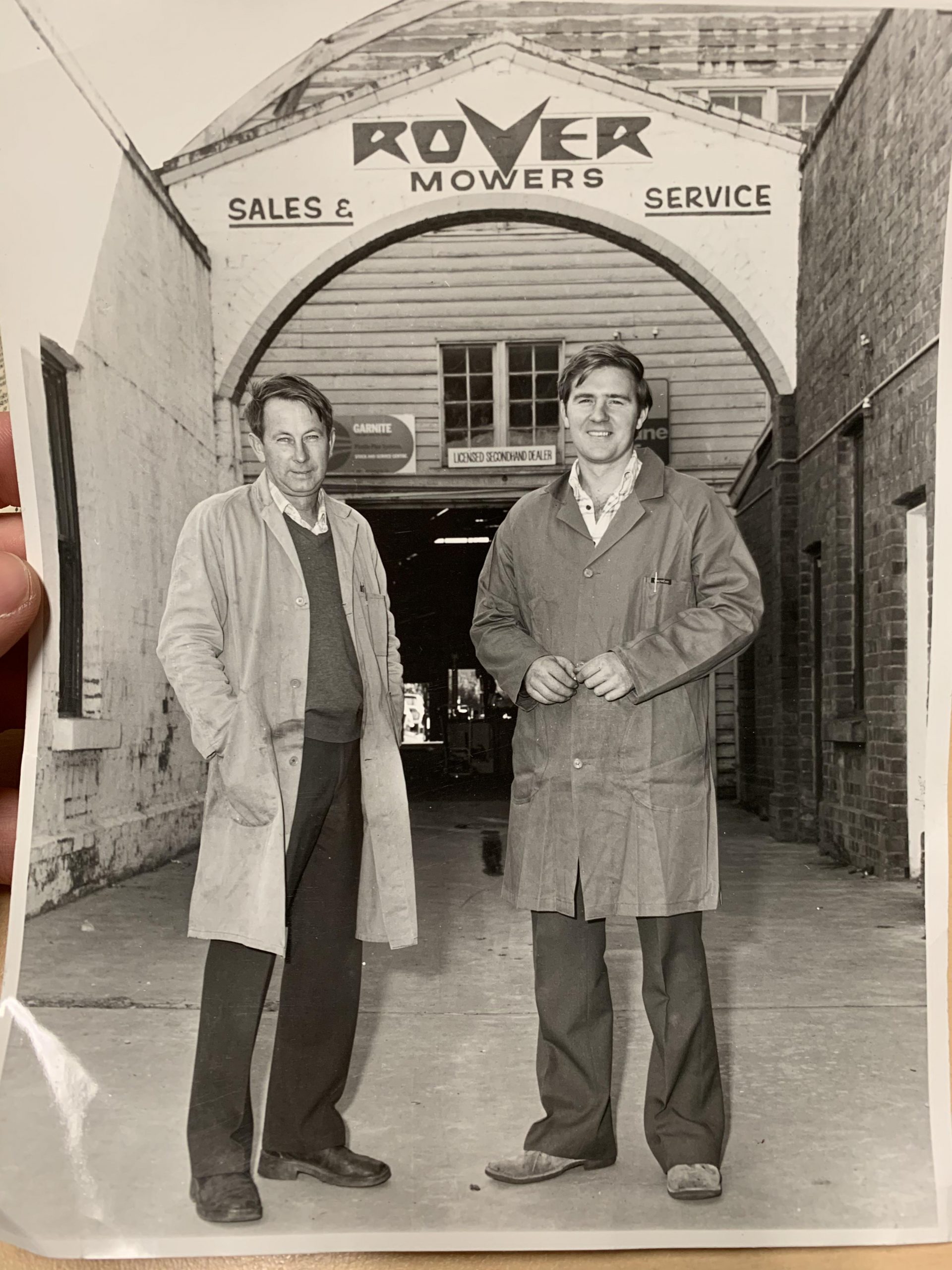 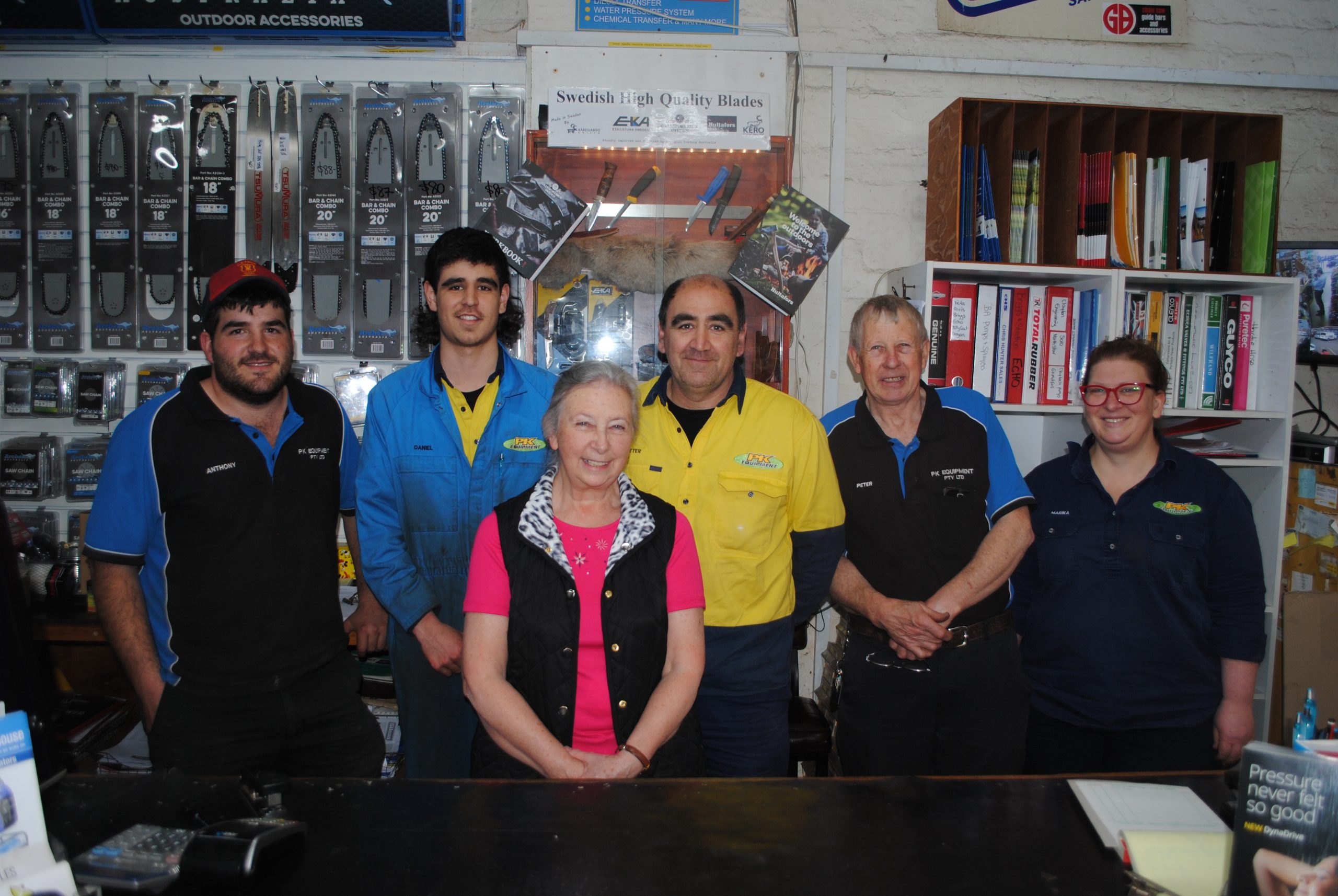 While most people go through a number of career changes in their working life, the same cannot be said for Jan Kotrba.

After starting out as bright-eyed 16-year-old, Jan became a familiar face for many customers over the years.

Jan began at the Cobb and Co Stables in Raymond St, Sale, under manager (and her father) Neil Phelps, at what was then Senco Motors.

Sale in the late 1960s was certainly a different world.

Senco Motors was the forerunner to PK Equipment.

“In 1978, the Schultz family sold the business to my husband Mike,” Jan said.

“My dad and my husband decided to go into partnership together, so they renamed it PK Equipment.

“The P is for Phelps and the K is for Kotrba.

“So now that I’ve retired, there’s no more Ks at PKs.”

More changes occurred in 1983 when the business moved from the Cobb and Co Stables to its Macalister St premises, where it has remained ever since.

“It was a laundry then; Mike and dad renovated the building and turned it into a shop,” Jan said.

While her work has basically remained the same across five decades, Jan said advances in technology had made day-to-day tasks much easier.

“When I started, we had a ledger machine to do all the accounts, which was very time consuming and hands-on,” she said.

“Everything took so much longer.

“You had to manually file everything and everything was written by hand.

“We used to have to write up every sale from the invoice book into the ledger book, which then went to the accountant.

“By the year 2000 a lot of things had changed as far as computers were concerned, so we had to adapt to suit the new technology.

“Once we started putting our accounts onto the computer, it was a more accurate system.

“Now with computers, you are entering everything at the point of sale, rather than entering each invoice onto a statement.

“Everything is now also emailed to customers where it can be, which makes less work as well.”

Jan also highlighted the contrast in how customers paid for purchases now, compared to the previous generation.

“It was all cheques and cash back then [when I started], there was no EFTPOS,” she said.

“Because we deal with a lot of farmers, they are pretty old fashioned and like to stick to their cheques and cash.

“In fact, the bank told me recently ‘you still have the most cheques of any other company in Sale’,”

Over the years, more family members joined the PK team, with Jan’s brother Peter now a mainstay and part-owner.

Her two sons, Tim and John, also served mini-apprenticeships in the workshop growing up.

This family-friendly environment has helped PK become the first point of call for locals wanting mowers, chainsaws and pumps, or needing advice or service.

Jan said it was fulfilling to know a business she had been apart of her whole working life was held in high regard.

“When you’ve been in business for a long time and get a good name and do the right thing by people, they trust you,” she said.

“You’re just out to help people, you’re not out to rip them off.

“We service what we sell, and that’s always been our motto.

“We’ve had some very loyal customers.

“Dad’s in aged care now and he even sees a lot of customers that used to come in.”

Moving into retirement, Jan said she planned to travel and spend more time with her family, which will grow to include a new grandson in coming weeks, to complement her five granddaughters.

“I’ve loved all the years I’ve worked there,” she said.

“It was great to work with my husband for 35 years, and in more recent times with my brother.

“There was never a temptation to change careers.”

Despite officially calling it a day, Jan said she would never be too far away if the PK team needed a hand.

“I’ve said to Pete if ever they want me to help out at any time, I’m willing to do that.”