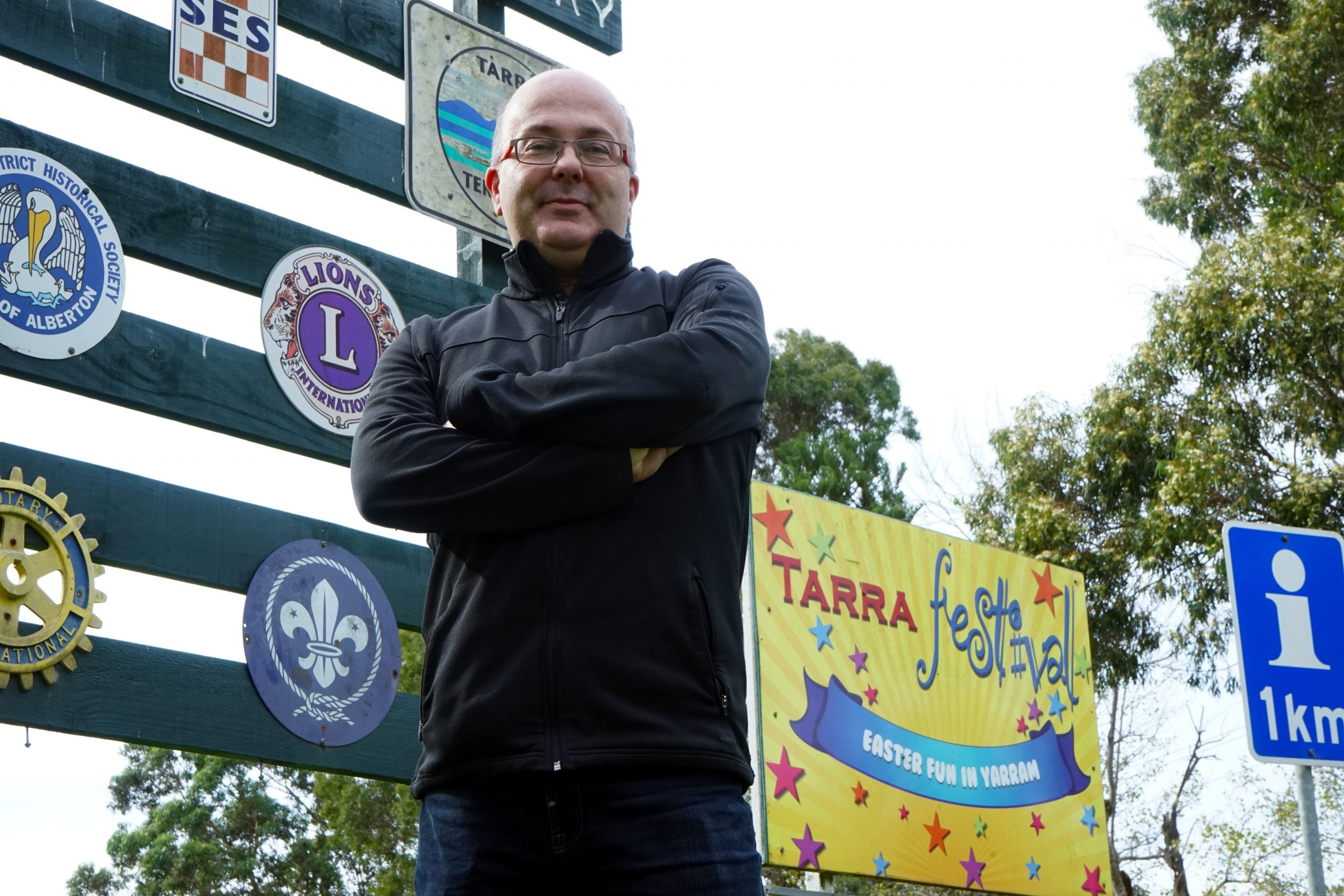 Matt is the founder and chair of the Hero Construction Company, creator of the Hero Round Table, a facilitator of conferences on heroism which have been held across the world, empowering people to become the hero rather than the bystander.

With the collapse of world travel and pandemic restrictions in place, Matt’s business has been placed in hibernation.

However, rather than sit passively waiting for the world to remedy itself, he has decided to put his belief in the future of Yarram into action and capitalise on the tourism brought by the Heesco Town mural trail.

“Yarram has been thriving the past few months with visitors, day-trippers and tourists stopping at the bakery and coffee shops and following the murals around town,” he said.

With the town having a number of cafés, a hotel, a Chinese restaurant and the Bull Bar bar and gallery, Matt decided the hospitality needs of the town were already well serviced.

Observing the behaviour of visitors, Matt decided an additional retail attraction was needed, and as Yarram does not have a book shop – he decided to open one.

“Yarram needs a bookshop, a sort of hangout place.

“I thought about it six-and-a-half years ago when we came to Yarram, and now with so many day-trippers it makes even more sense,” he said.

Despite regional Victoria being placed back under stage three restrictions, Matt has pressed ahead, signing a lease on a shop in Yarram’s commercial strip with the intention of opening in time for the easing of restrictions.

His confidence in the return of tourism to the ‘out of the way’ town is bolstered by the progress of one of the other projects he is involved with.

Yarram Traders and Tourism Association is using a grant from the Foundation for Rural and Regional Renewal to produce a promotional video of the district’s attractions, working with CHAOTICA, the firm of professional film maker Wayne Tindall, the man who brought international silo artist Heesco Khosnaran to Yarram to create Heesco Town.

Matt is coordinating the project which was, until the most recent lockdown, progressing well.

“I have the script here in front of me,” he said.

“We have seven or eight five minute videos, with some of the shots done.

“Some editing has been done and some of the outside scenery filming will be completed in coming weeks.

“We will have to navigate the stage three restrictions and wait for the six weeks so we can get some shots of busy scenes in cafés.

“I expect there is about two weeks of filming to go, and some editing to get it all done,” he said.

With the combination of social media promotion, murals and the natural physical attractions of Yarram and Port Albert coming together, as well as a growth in sea change interest in real estate, Matt is confident Yarram will thrive.