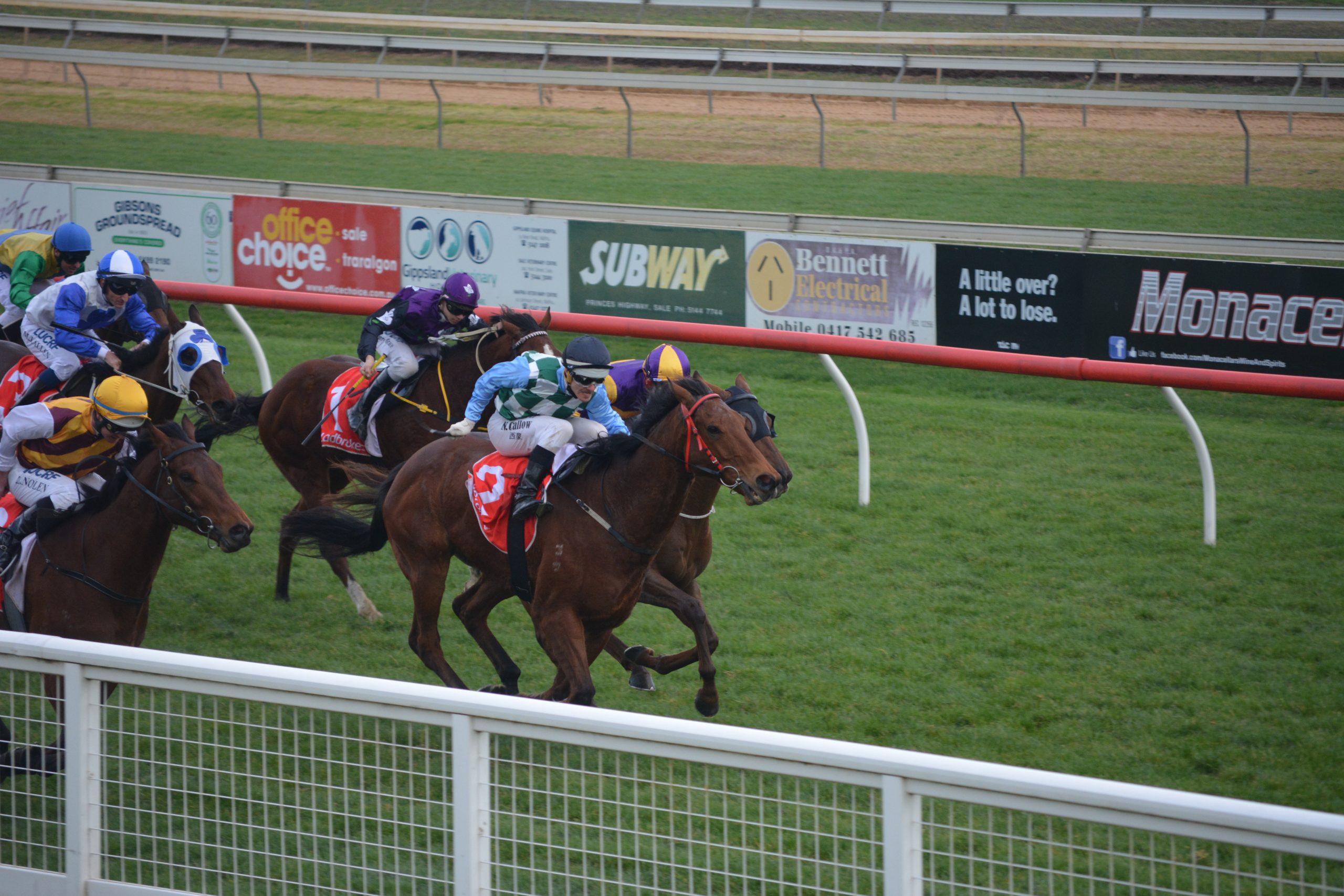 LOCHEND Ocky, trained by Paul Worthington at Sale, won the 1600 metre 0-58 handicap at Moe on Saturday.

Coming off a second place at the same track last month, the 11-year-old gelding was well back early, but jockey Matt Allen moved him around the field on the bend.

The $16 chance stormed home down the middle of the home straight to pip Polaxed, which led most of the race, by a head.

It was Lochend Ocky’s fifth win from 46 starts.

Make An Effort, trained by Sharyn Trolove at Bundalaguah and ridden by Jarrod Fry, finished second in the 1000m maiden plate.

With no tempo in the race, the horse, ridden by Patrick Moloney, was allowed to stride and settle in the lead, and was never headed, winning by two and a quarter lengths from Yulong Town.

THE first race meeting of the season at Sale Turf Club will be held on Thursday.

A preview will be on the Gippsland Times website by Wednesday.