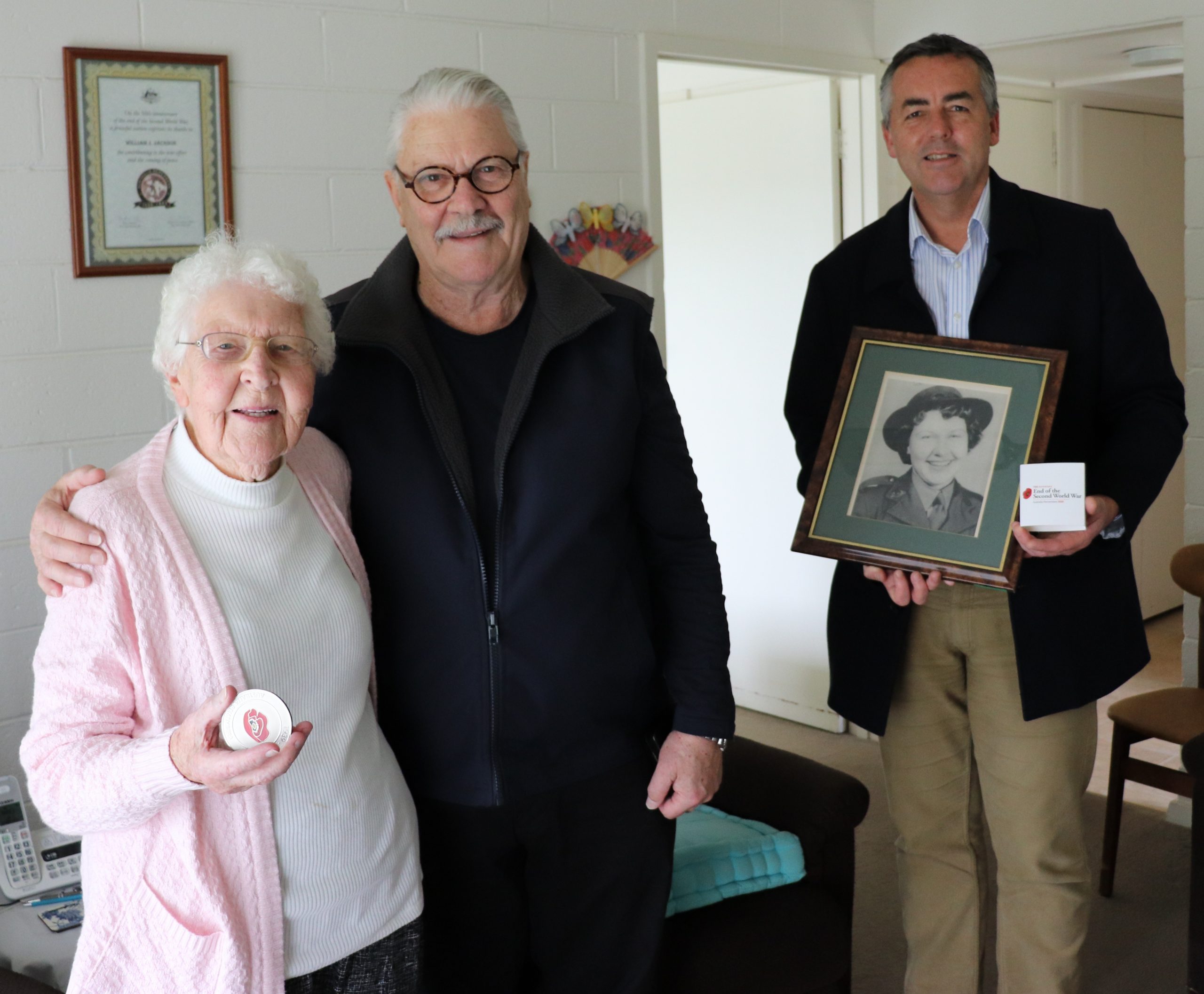 ASK 98-year-old Rose Jackson what she remembers about the end of World War 2 and she’ll tell you about the bells ringing, car horns honking, people hanging out of windows and streets crammed with happy revellers.

Mrs Jackson, who grew up in Seaspray and lives in Sale, was stationed at Bandiana near Albury as a private in the Australian Women’s Army Service when the end of the war was declared.

Now she is among the precious few World War 2 veterans still among us and she’s the first in Australia to receive a special medallion commemorating the 75th anniversary of the end of the war.

Gippsland MHR and Veterans’ Affairs Minister Darren Chester recently launched the medallion and certificate which is available to every living World War 2 veteran to mark the anniversary on August 15.

“As we approach this special date, we recognise that it will be one of the last opportunities we have as a nation to publicly acknowledge the remaining veterans of World War 2, of which there are around 12,000 still with us today,” Mr Chester said.

“These brave Australians served our nation in the far corners of the world, fighting in theatres of war from Europe to North Africa, the Mediterranean and the Middle East, to Asia and the Pacific, as well as the Australian mainland.

“Australia can never fully repay the debt we owe these amazing men and women but, to mark their service, the federal government has produced this commemorative medallion and certificate of commemoration for our remaining living World War 2 veterans.

“This is a way we can say ‘thank you for your service’.

“It’s a gesture of appreciation from a grateful nation to those who, like Rose Jackson as a young woman in her early 20s, were part of the war effort and worked to protect our way of life.”

World War 2 veterans can apply online to receive the commemorative medallion and certificate at dva.gov.au/medallion.

Those without internet access can phone 02 6191 8217 during business hours. Families may also apply on behalf of a living veteran.