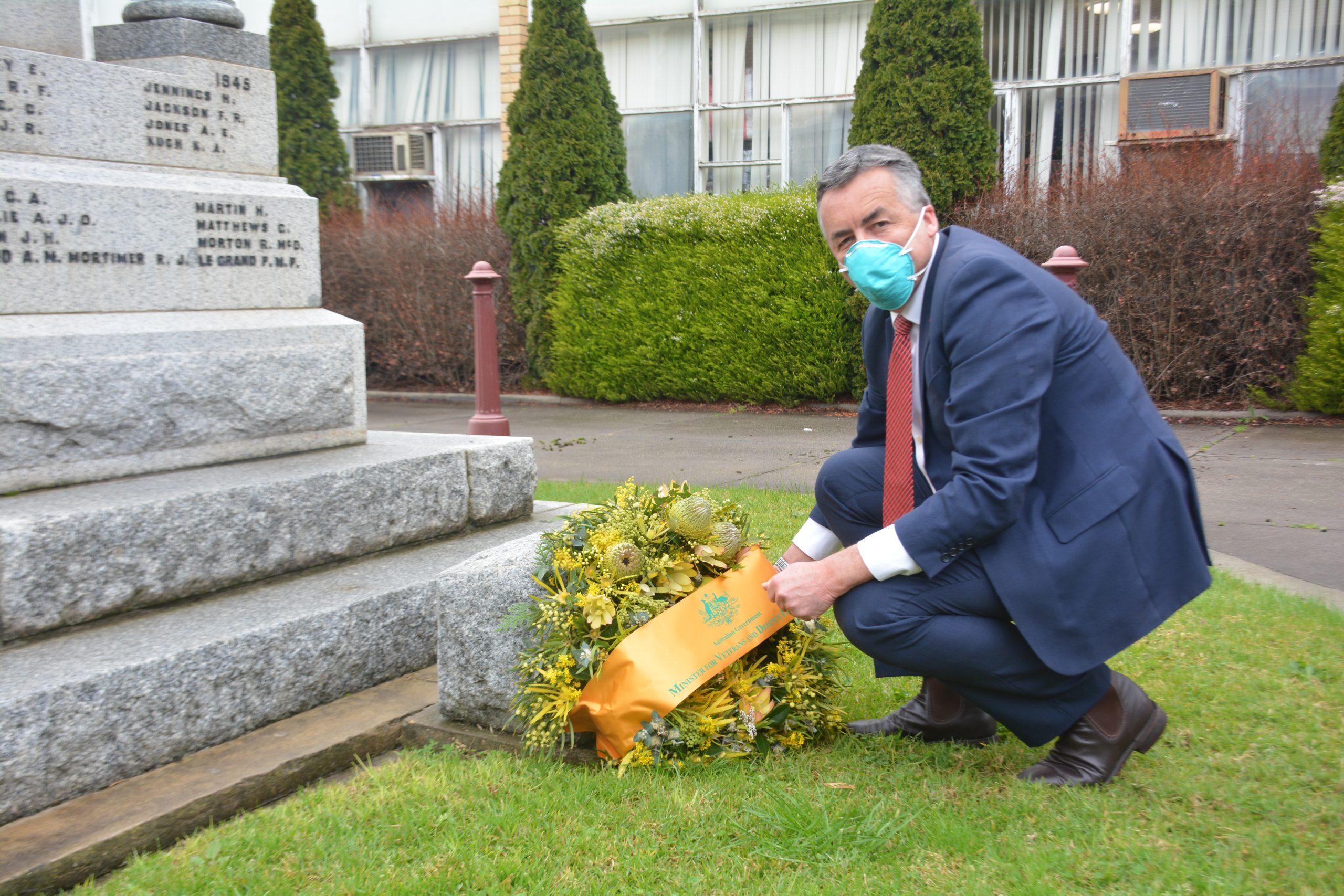 GIPPSLAND MHR and federal Veterans Affairs Minister Darren Chester solemnly laid a wreath on Friday at the Sale Cenotaph outside the memorial hall, privately marking 75 years since the end of World War 2.

Given current COVID-19 restrictions Mr Chester was alone, but the gesture still carried the same degree of meaning and poignancy as any wreath laying service.

They fought in campaigns against Germany, Italy and Japan.

Victory in the Pacific Day is commemorated on August 15 each year.

In cities around Australia 75 years ago, spontaneous rejoicing broke out, and there were wild scenes of celebration.

In his address which he was to have given to mark 75 years since the end of World War 2, Sale RSL president Marty Tanzer said one Sydney resident remembered: “We joined the deliriously happy throng celebrating in the city streets, particularly in Martin Place, which was awash with torn paper, streamers and unrolled toilet paper rolls.”

However, for the men doing the fighting in the islands, the declaration was greeted more sombrely.

There was no wild celebration among frontline soldiers.

Too many had seen friends killed or wounded.

Nineteen-year-old Lance Corporal Peter Medcalf, a rifleman serving in an infantry battalion on Bougainville, later remembered: “Strangely, no one laughed or cheered. All afternoon we sat quietly and speculated. We found it hard to understand fully”.

There are 47 names listed on the Sale Cenotaph of those who paid the ultimate sacrifice in the war.

They include men and women who died as prisoners of war, mainly of the Japanese.

Mr Chester said it was a time to remember and reflect on the service and sacrifice of the almost one million Australians who served, the 39,000 who died, and the more than 30,000 who were prisoners of war.