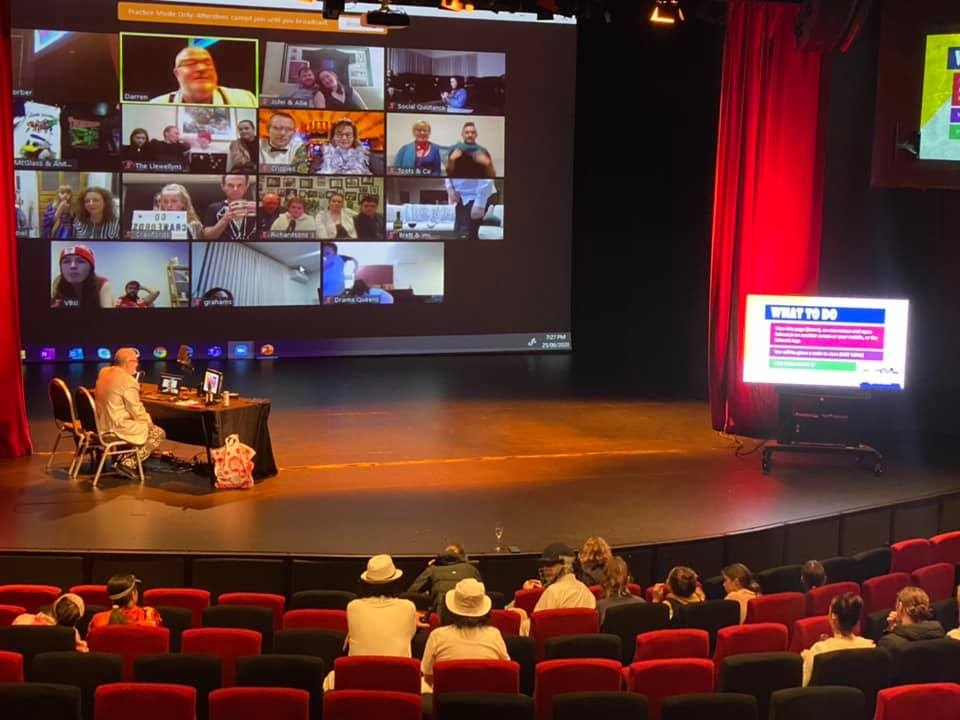 THE stage might not be set for re-opening, but that isn’t stopping The Wedge’s performing arts crew preparing to serve up some much-needed entertainment.

To help lift spirits during the second round of restrictions in regional Victoria, the popular performing arts centre in Sale has a huge line-up of entertainment on the cards, albeit online.

“The industry provides an important lifeline to those struggling through this crisis and will continue to do so, even on the long road to recovery,” Ms Forlano said.

“With that in mind, we felt it was important to put together some programming to keep everyone entertained, particularly programs that were popular during the first round of restrictions.”

The Wedge’s ever-popular trivia night are now making a comeback.

The performances are streamed on the Wedge Facebook page, and began last Friday with The Blanket Initiative.

The QuaranTONY Awards will also be making a return.

Host Darren McCubbin said it was great fun watching everyone take part last time, so the bar was set high for The QuaranTONY Awards part two.

“The QuaranTONY went to The Crawford Family for their hilariously entertaining music video ISOTOWN, during part one,” Mr McCubbin said.

“This time round will be slightly different, with each video limited to around three minutes.”

The night of nights is set for Saturday, October 3, from 7.30pm, and will be streamed online.

Entries can be sent to Darren McCubbin at darren@murderco.com.au until Friday, September 25.