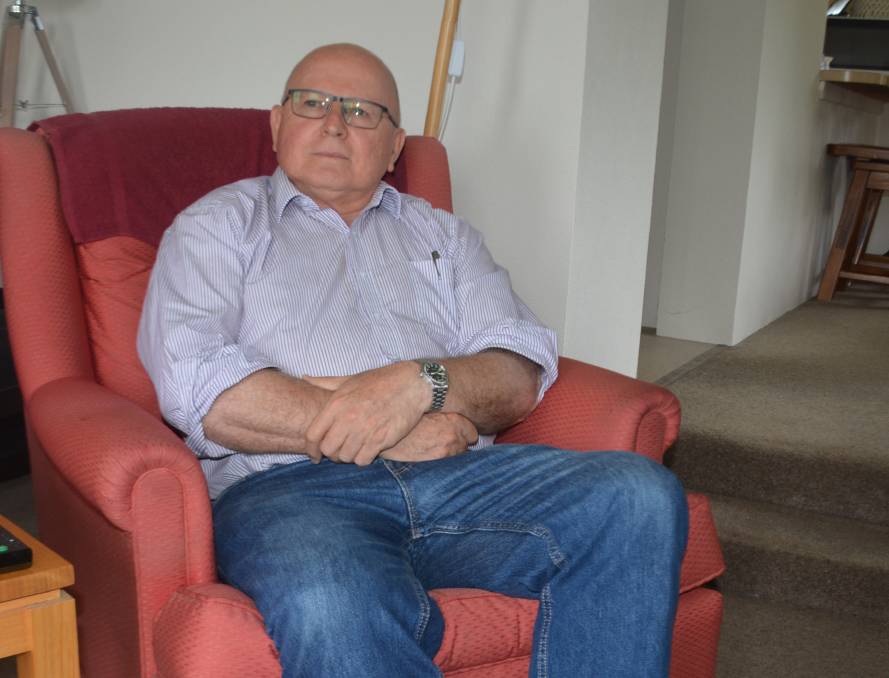 A NEW and exciting agricultural enterprise, aimed at improving mental health in farmers, is beginning to take shape in Maffra.

The brainchild of Freedom Key founder Christos Iliopoulos hopes the project will reduce suicide rates in the farming community through on-going practical and social support from farmers.

Working on the principle that better farm management and outcomes may contribute toward good mental health, Mr Iliopoulos devised a miniature cooperative network structure to serve farmers, getting off the ground thanks to a grant received from the Gippsland Primary Health Network.

“It’s not a bad acronym, it’s about having a farm pal,” he explained.

With a previous career in the rural financial sector, Mr Iliopoulos said small farmers particularly were feeling the heat in the current climate.

“They scale up to get the absolute profit that they need to run the farm, the problem there is the smaller farmers have got nowhere to go, if they can’t consolidate – they’re out.

“That leads to a change in the whole character of the region but it also puts a lot of pressure on farmers mentally because they’ve got a lifestyle to protect, they get very desperate and it leads to suicide which is really tragic.”

Sensing the need to do something, Mr Iliopoulos said he felt he had developed a business plan that would benefit local farmers.

“I grew up in Greece on a subsistence farm in a village and people helped each other and they survived that way, so I thought mini-cooperatives might be the go,” he said.

“The way to do it would be to have mini co-ops with five agricultural enterprises within each co-op and then to have an affiliation of those co-ops so it becomes impossible for a takeover.

“Each mini co-op runs its own cooperative, they trade with it for their mutual benefit, keep their own enterprises separate and all the benefits of the co-op flow directly back into their enterprise.

“In doing that there’s a byproduct of what we are aiming for which is social cohesion, social support and sharing of knowledge, friendship building and bonding of farmers.”

In layman’s terms, five farmers will band together to form a team, while also working independently on their own properties.

“This doesn’t mix up their enterprise and tell them what to do with their stuff, this is a bonus to them, they’ll form the team when it suits them to actually get some sort of benefit and it will keep running beside them,” Mr Iliopoulos explained.

“The co-op will not be directing them to do anything – it is not a top-down co-op.

“They are the co-op and they’re taking the decisions amongst themselves and operating their enterprises totally independently.

“Farmers enjoy getting the views of other farmers and also having them as support.

“If you’re a dairy farmer and can’t milk your cows it’ll be pretty good to ring up the other guys in the co-op to help out and then you’d reciprocate as well.”

With the Pentagon Agricultural League still in its early stages, Mr Iliopoulos was optimistic the proposal would garner enough interest to get off the ground.

“I’m pretty keen for the idea to get out there so we can start with the first nest,” he said.

“From there on if other farmers want to join they can apply, and when five enterprises are suited to each other they can form a nest.

“They then become another one of those pentagons that attaches to the system.

“I think they’ll grab it by the horns, excusing the farming terminology pun.”

Those interested in finding out more are encouraged to phone Christos Iliopoulos on 0438 356 145.

Mr Iliopoulos is a well known figure in the Maffra community, having been at the forefront of such groups as ‘Philosophy in the Pub’, ‘ShowProphet’ and the Maffra Responsible Dog Owners Group.