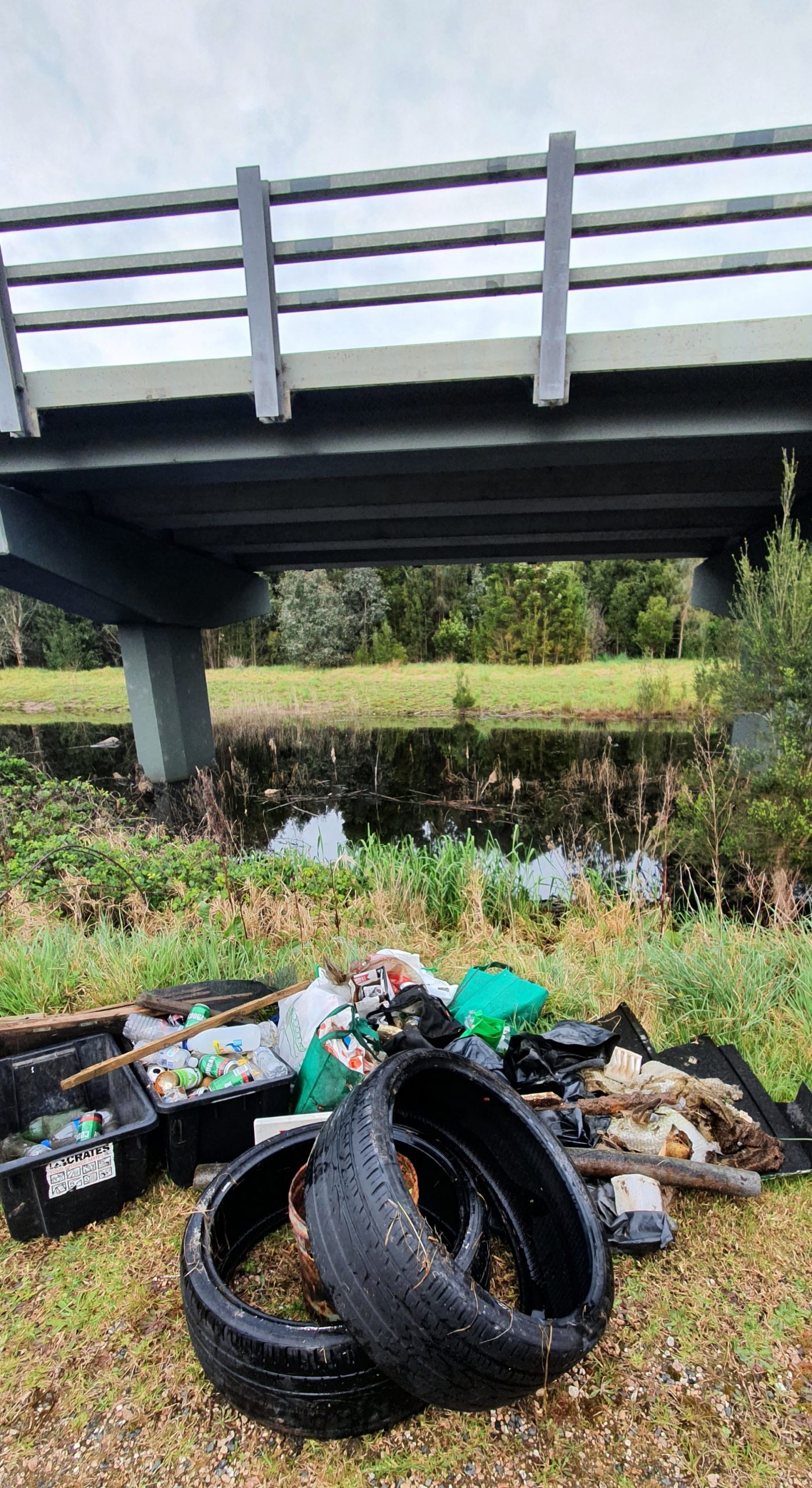 ‘JUST do it’ is the new mantra of Sale newcomer Peter Cursley.

Mr Cursley, who recently moved to Sale from New South Wales, has been enjoying his walks around Lake Guthridge and Lake Guyatt, cycling on bike paths alongside the canal and throughout the Sale Common, and paddling his kayak on Sale’s waterways.

But one thing he didn’t like was the amount of litter he saw in the pond under Cox’s Bridge, just out of Sale heading for Longford.

After thinking for some time that he should pick up the rubbish himself, one morning when walking back to his car via the pedestrian bridge over the pond that lays below Cox’s Bridge, that’s exactly what he did.

The sight of floating or washed up drink cans, plastic milk bottles and beer bottles two thirds submerged in the water launched him into action, and he grabbed a couple of supermarket bags from his car and filled them in no time.

Clearly, a bigger bag was needed, so Mr Cursley returned home to get a large green waste bag and in an hour or so that was full – and he had only walked one side of the pond.

But the spur-of-the-moment decision to pick up the litter created a dilemma – what to do now do with it all?

It wasn’t going to fit in a wheelie bin.

“The staff there were extremely helpful,” he said.

“I was directed to a site where I could register a clean up event.

“Once registered, I could drop off the rubbish at Kilmany at no cost.”

The next morning, he returned to the pond with his kayak and completely cleaned it out of bottles and cans, a fridge door, a rabbit hutch, lots of plastic and pieces of Styrofoam, two tyres, a car panel and a range of other litter items.

Mr Cursley said litter in the environment and the sides of the roads had become an increasing problem in the past 15 or 20 years, in part because the message wasn’t getting through to each generation, as it did in the 1960s and 1970s when the advertising campaign ‘Don’t rubbish Australia’ hit television screens.

He said annual clean-up days were helpful, but the message had to be more than just once a year.

“We need to reinforce the message coming through, and that message needs to be all year round,” he said.

Mr Cursley is encouraging anyone who wants to clean up their local area to register it as a public or private event, and do their bit for the environment.

Anyone wanting to clean up an area can register to hold a private or public clean-up event on any day of the year.