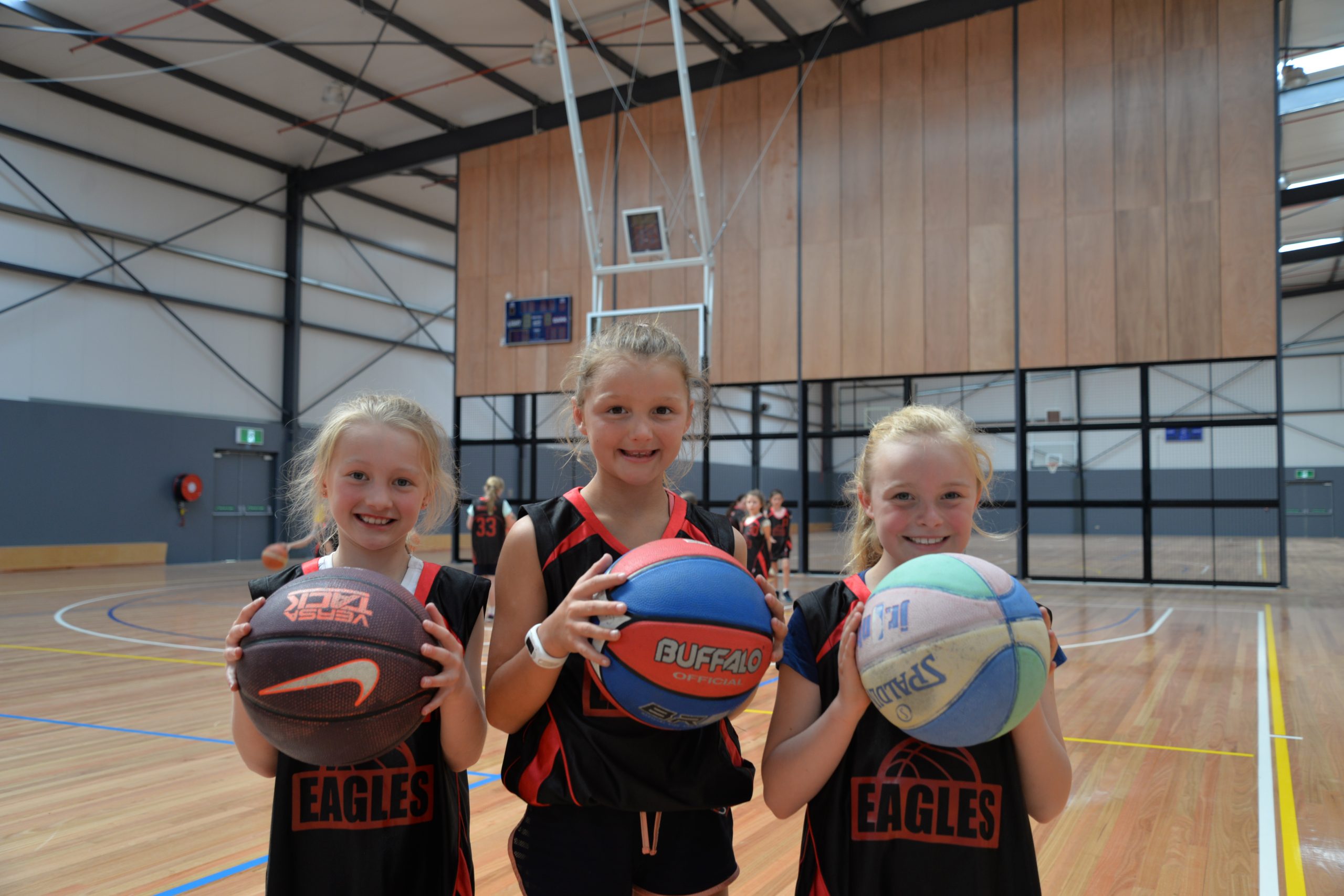 MAFFRA’S sporting community is celebrating new indoor courts and change rooms, and now local gymnasts are set to shoot for the stars as work to raise the gymnasium roof at Cameron Sporting Complex gets under way.

An $8.499 million redevelopment of the Cameron stadium – one of the biggest construction projects Maffra has seen – has moved to stage two, with the focus switching to an upgrade of the gymnasium for Maffra Gymnastic Club’s more than 300 members.

This project, part of Wellington Shire Council’s 2030 Strategic Vision, aims to maintain the complex’s position as a regionally significant venue for basketball, gymnastics, volleyball and netball, as well as enhancing the experience for users and increasing participation in sport.

The first stage involved the refurbishment of the basketball showcourt, and the completion of two indoor multi-use courts which can accommodate basketball, netball and volleyball.

Basketballers have been making use of the courts, created using east Gippsland timber.

Stage two includes an expansion of the gymnastics floor area and increase of the roof height to allow for Maffra Gymnastic Club’s competition trampolining. Raising the roof height to 12 metres will ensure it meets Gymnastic Victoria’s guidelines, and work is well under way.

“Cameron Sporting Complex was in desperate need of an upgrade to ensure that we have the infrastructure our sports clubs desperately need – especially for our juniors,” Wellington Shire mayor Garry Stephens said.

“This is about enabling healthy lifestyles for our current and future generations, and it also supports local businesses, with key contracts going to local companies.”

State Community Sport Minister Ros Spence said it was fantastic to see the government-backed project go ahead in leaps and bounds.

“Commencement of stage two is a very exciting milestone in the redevelopment of Maffra’s Cameron Sports Stadium with much-needed gymnastic facility upgrades set to join the basketball show court and other stadium facilities,” she said.

“The project is on track for completion in March next year, with local contractors playing a big part in all aspects of the redevelopment – providing a big boost for the Gippsland community.”

The project will also deliver refurbished public amenities; redeveloped access roads and carparking; access ramps; and permanent seating for 1000 spectators across the stadium.

The redevelopment has been funded by council, Sport and Recreation Victoria’s Better Indoor Stadiums Fund, the Latrobe Valley Authority, Maffra Basketball Association and Maffra Gymnastic Club, and is on track for completion in March.