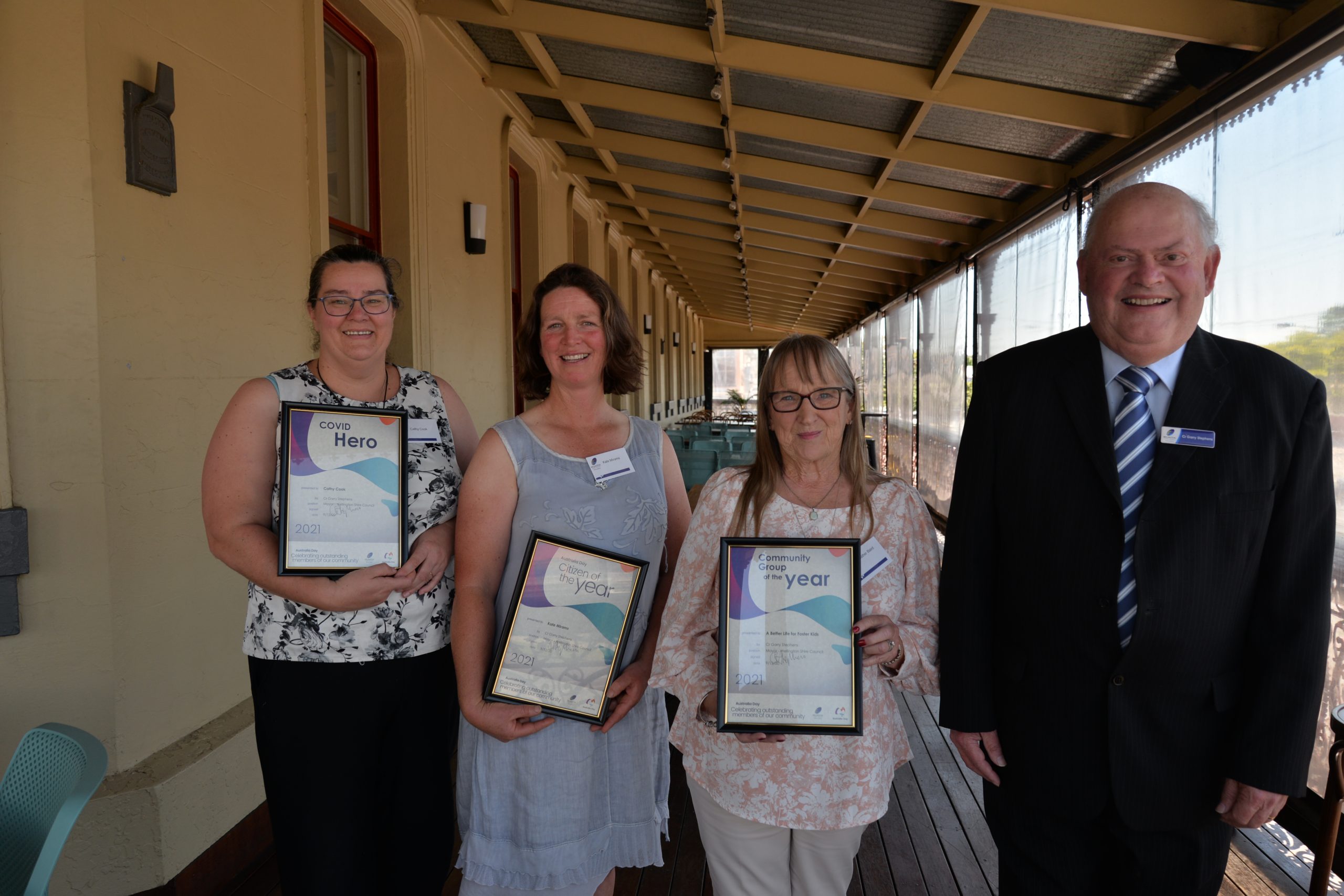 AT the end of a tough year for many comes a reminder that there are people willing to serve for the betterment of the community.

The Citizen of the Year award went to Newry dairy farmer Kate Mirams.

Ms Mirams has been involved in local farming groups, and as president of the Boisdale Consolidated School council, has played a role in improvements to the school.

She has also been instrumental in helping the Upper Maffra Mechanics Institute committee secure a $218,000 Latrobe Valley Authority grant and donations to upgrade the hall.

Also nominated for the award were Seed Lakeside Community Garden founder Shae Wilson, Our Haven Wildlife Shelter founder Theresa Matthews, Julie Landon from Maffra, Jenny Smith from Port Albert and Yarram’s Eric Greenaway and Esme Rash were also nominated – the contributions of whom were recognised by Ms Mirams in her acceptance speech.

“The thing that stood out for me is the people who see a need in our community and they lead with their hearts,” she said.

“They get out and say ‘I’ve got something, I’m going to give it’, and out they go and do it.

“That’s what makes this part of Gippsland.”

A Better Life For Foster Kids was recognised as the Community Group of the Year.

“The way these children are moved from pillar to post at a whim is really quite scary,” she said.

“We need to stop enabling the parents and need to start putting the child first.

“Sadly, it’s turned into an industry now, and everything’s just always to meet targets to keep funding to keep jobs, and the children have fallen off the self.

“We need to put them back up there.

“These children are being brought up thinking everything’s their fault, they’re not good enough.

“They can’t do this and they can’t do that – but unless we start showing these children they can do these sorts of things and they are worthy, then nothing’s going to change.”

Ms Cook organised virtual activities to keep local children engaged during lockdown, even dropping off supplies and equipment to their homes.

She extended her work at the neighbourhood house to ensure people were looked after, and adapted as much of the house’s program as possible, such as fitness sessions, to be held online.

Ms Cook organised a remote learning camp, and coordinated volunteers to sew about 50 quilts for people affected by the east Gippsland bushfires, and 300 masks for vulnerable people in the community, as well as meals for isolated people.

“My biggest concern was people in the community keeping engaged,” Ms Cook said.

“We’ve already got so many people vulnerable out there.

“When the pandemic hit and we were all told we had to stay home for six weeks, a lot of people [didn’t] cope with that – they need that social connection.

“That’s why we started what we did.”

Yarram pharmacist Geoff Neilson was also nominated for the award.

The pandemic and bushfires were the reasons the Community Event of the Year award was not presented, while no eligible nominations were received for the Young Citizen of the Year.