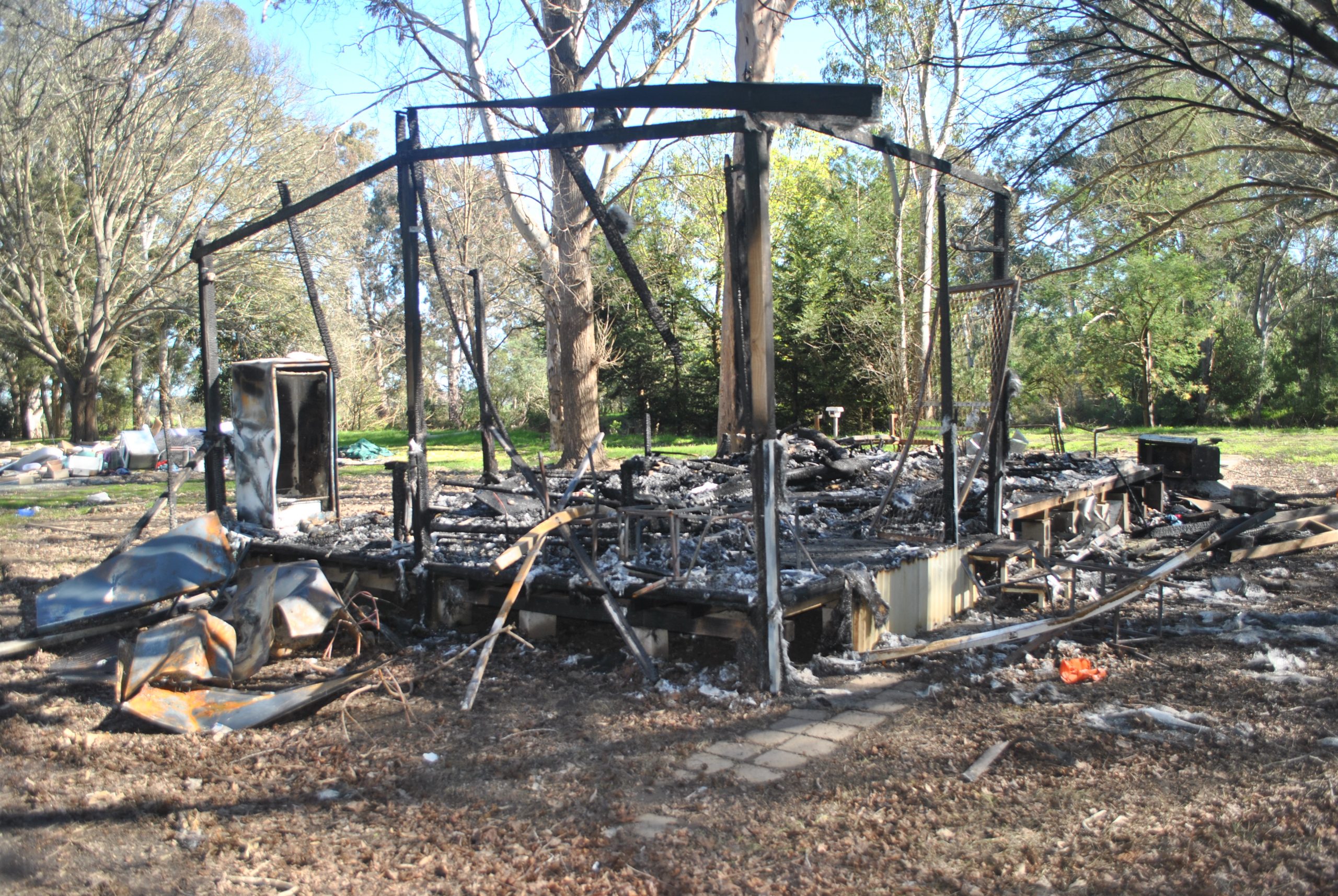 POLICE are investigating a suspicious fire and explosion which destroyed a caravan at the site of former Thomson River Caravan Park near Sale on Monday night.

CFA were called about 5.15pm, with crews from Sale and Longford attending the blaze.

Twenty-five personnel took about 45 minutes to extinguish the fire, which had several ignition points.

The fires caused a gas cylinder to explode before CFA crews arrived on the scene, which in turn set a caravan alight.

Arson chemists arrived on scene on Tuesday morning to try and determine the cause of the fire, and Sale police are continuing to investigate.

Wellington Shire Council voted to close the flood-prone caravan park in September last year, with residents and site holders required to vacate the site by June 30.

Most of the sites had been cleared, with council working on a master plan to convert the area to open public space.

Anyone who saw a suspicious person or people in the area from about 4pm on Monday are urged to phone Sale police on 5143 5000.