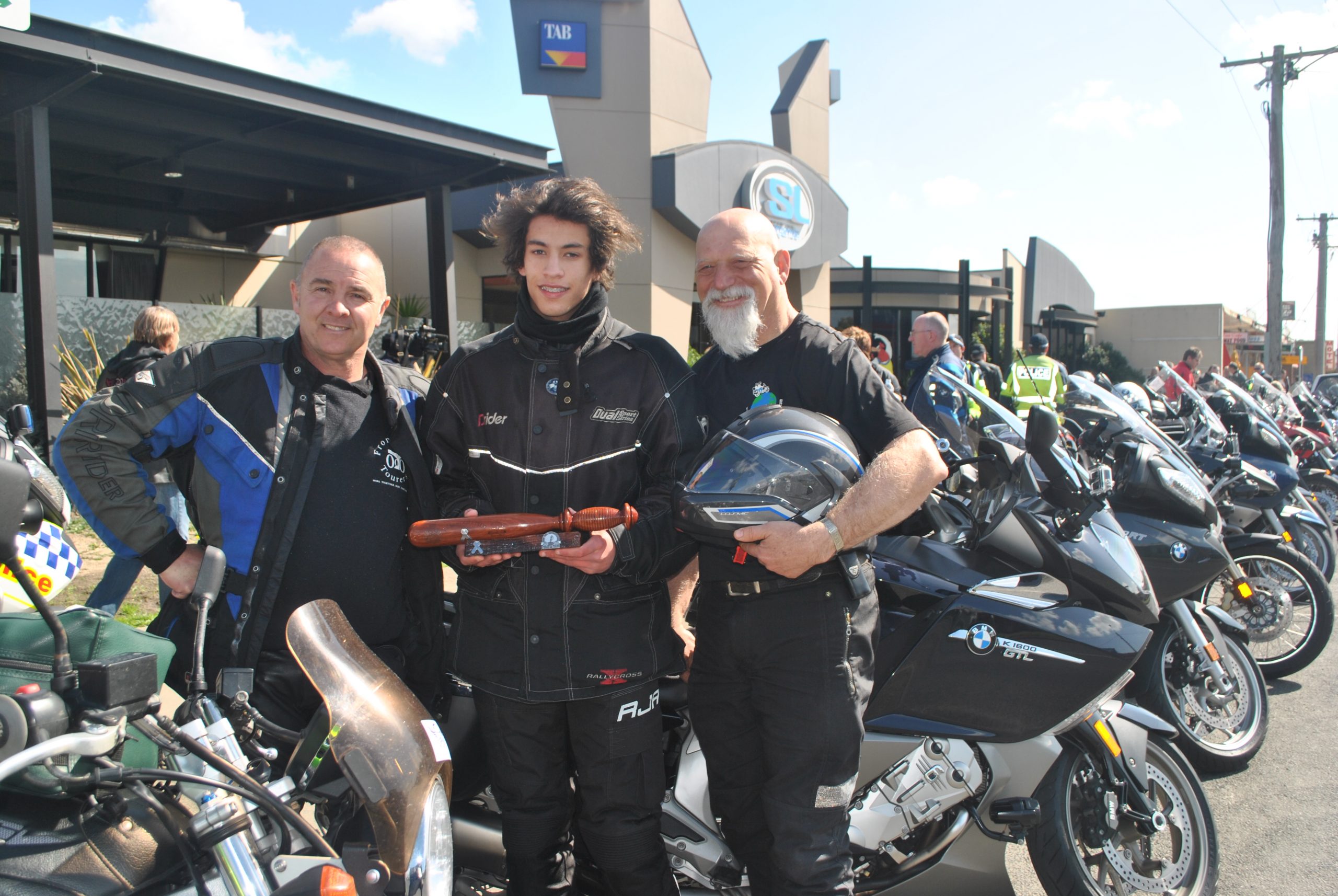 THE fifth annual Wall to Wall Ride for Remembrance travelled through Sale on Friday in memory of police officers who have died during active duty.

“The monument is in St Kilda Rd and it’s a police memorial for all police officers killed in duty,” Mr Rix said.

“In Canberra there is a similar monument, a wall with plaques of every police officer killed in Australia.”

Mr Rix said as a sign of respect, a baton containing all the names of Victoria Police officers killed on duty was carried by one of the riders.

Jack Bartlett from Narre Warren, who was elected to carry the baton, said he wanted to participate in the ride in memory of his father who died during active service when he was two years old.

“Everyone knows what it feels like to lose someone.”

Mr Rix said every rider paid a registration fee and the money went to a police legacy to care for the families of police officers who have died.

“We’ve been doing this ride for five years now and we all come this way and we have a great time and also remember our fallen colleagues,” Mr Rix said.

“We left Melbourne with 255 motorcyclists … and we will have about 2000 motorcycles and riders by the time we reach Canberra.”

“We are under police escort from Victoria Police and when we get to Merimbula, New South Wales highway patrol escorts us from there into Canberra.”

To make a donation or for more information, visit www.walltowallride.com