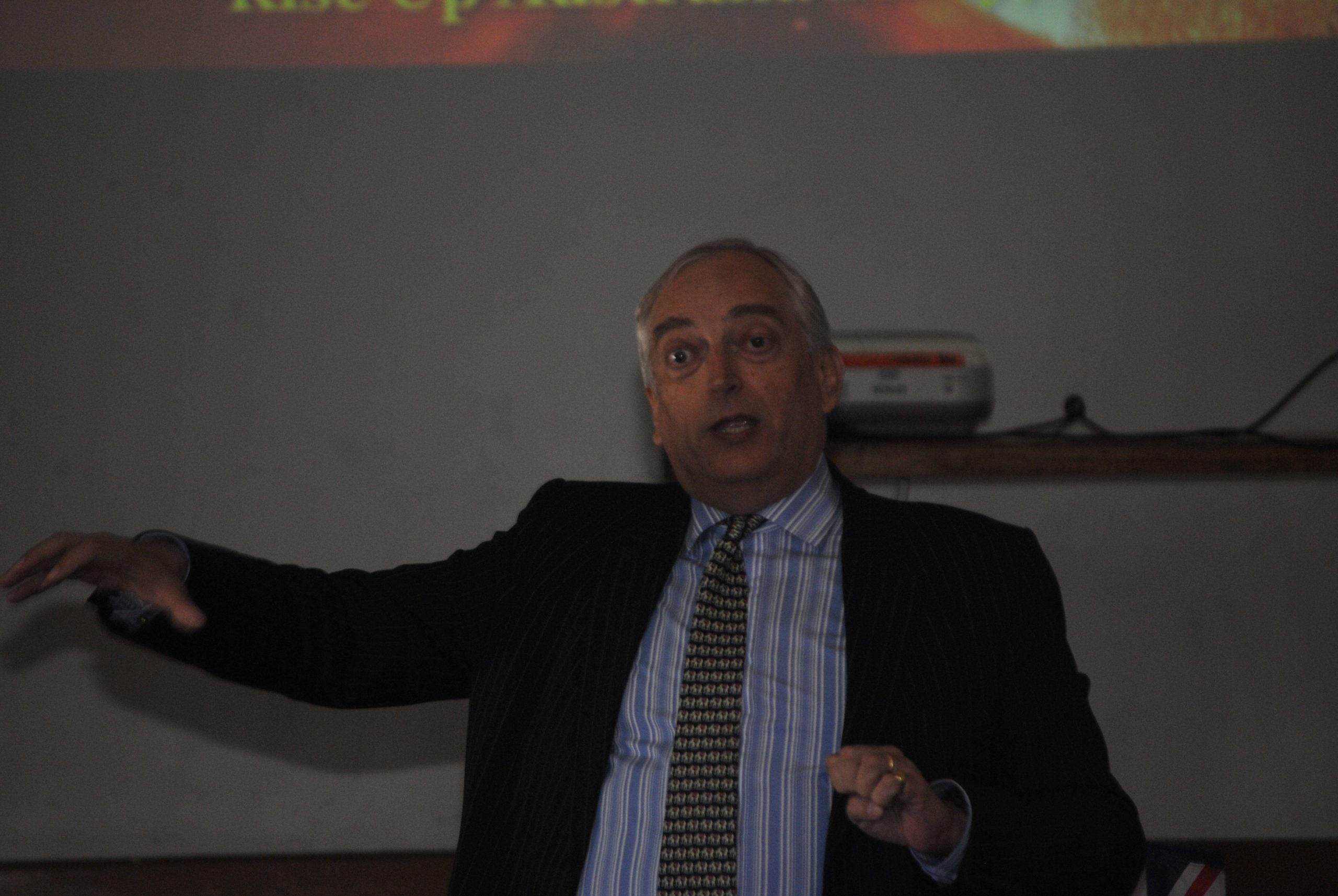 ARTICULATE, smart, controversial, out of step these are just some of the words used to describe Lord Christopher Monckton.

But one you wouldn’t use is “retreating”.

Lord Monckton delivered his blunt messages on climate change, abortion and multiculturalism to Sale on Saturday, addressing a rally organised by the Rise Up Australia Party and attended by around 30 people.

His theme: “Life, liberty and the pursuit of happiness”.

Lord Monckton is one of the foremost sceptics on the theory of manmade climate change. He claimed politicians had made economic decisions “having been told that there is a consensus which we can now prove does not exist”.

“There never was such a consensus,” Lord Monckton told the Gippsland Times.

“I am one of the authors of a scientific paper that has been peer reviewed and published in the Journal of Science and Education just last year, pointing out that a review of 11,944 scientific papers on climate and related matters conducted between 1991 and 2011 showed only 0.3 per cent of those papers explicitly stating most of the global warming since 1950 was caused by us.

“That consensus was reported by the people who conducted the survey as 97 per cent consensus, when the true figure was 0.3.”

“No, we’re not, the planet’s been here four and a half billion years, we are part of nature,” he said.

“The planet is perfectly capable of surviving our presence.

“There are perfectly sensible environmental measures which should be, and certainly in the western countries, have been, taken.

“Life begins at the moment of conception. Killing babies hours before they otherwise be born cannot be the conduct of a civilised society,” he said.

Promoting the need for people to have free choice of religion, Lord Monckton linked the rise of militant Islamic groups to violent passages in that faith’s holy book, the Koran.

“That sort of language in a civilised society is not accepted and we should not be frightened in charity to say so.”

The situation in the Middle East with the Islamic State killing and torturing minority groups, including Christians, highlights the need to address Muslim extremists, Lord Monckton said.

The vast majority of Muslims in Australia, Lord Monckton said, were “civilised and co-operative members of society”.