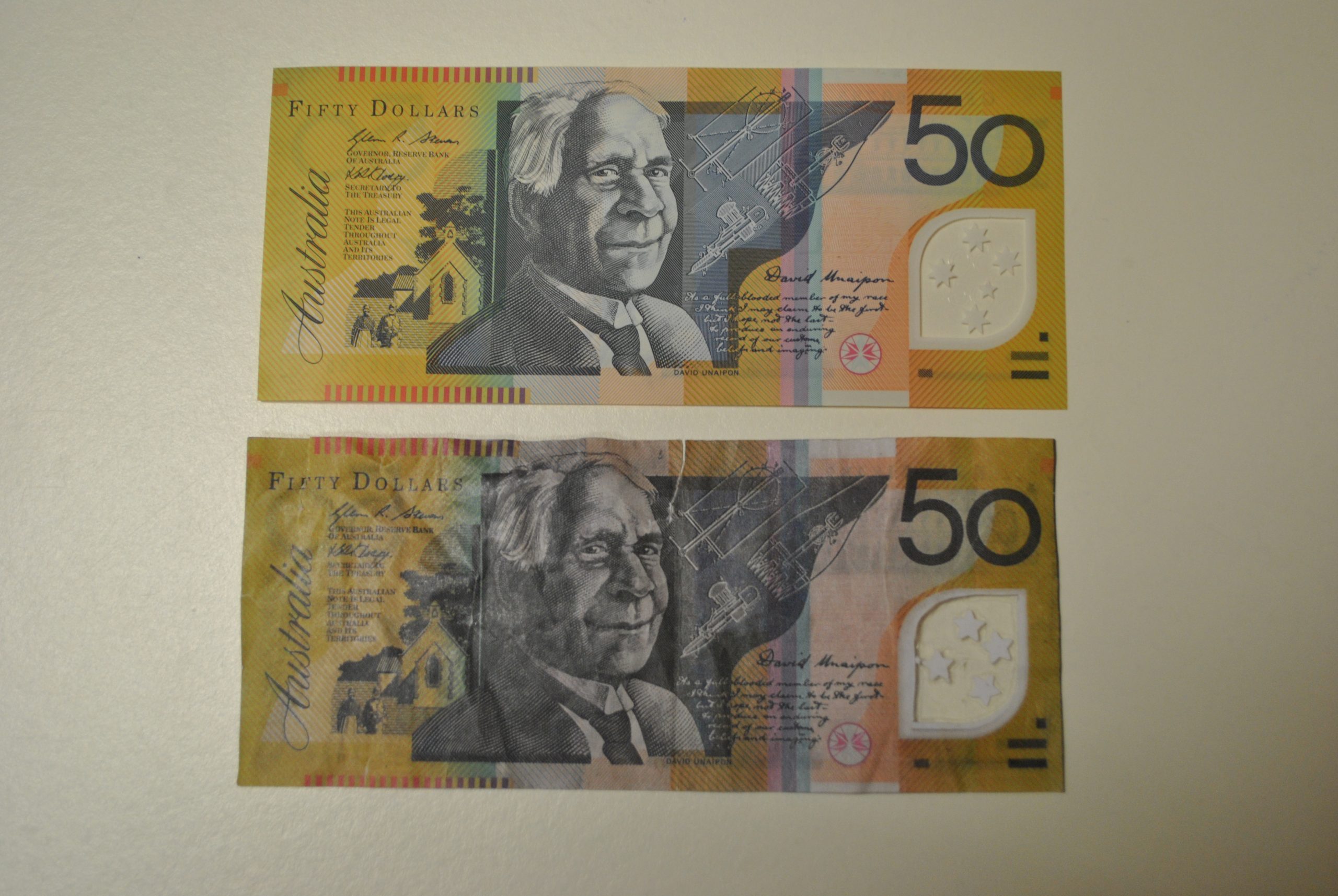 SALE police are urging local businesses and individuals to be aware of counterfeit $50 bank notes circulating in Gippsland.

A 31-year-old Sale woman was arrested on September 22 and charged with 13 counts of passing counterfeit notes and a 21-year-old Newborough woman was charged last week with offences of obtaining property by deception, possession and the use of counterfeit currency.

“Be aware of $50 counterfeit notes still circulating throughout Gippsland,” he said.

“People being charged in relation to these offences is not a reason to be complacent.

“Be vigilant and continue to check passed bank notes.”

Police are asking traders to be mindful that counterfeit notes are in circulation and to pay attention when dealing with large denominations.

How to detect a possible counterfeit banknote:

– Counterfeit notes may be missing stars from the window; official bank notes have five stars.

– The window should be an integral part of the banknote, not an addition.

– Check for embossing on the window; the value of the banknote should appear in the windows of $20, $50 and $100 bank notes.

– Feel the note; Australian bank notes are printed on plastic and have a distinct feel.

– Check the appearance of the banknote; if a counterfeit note has been printed on paper, the colour may appear duller and the ink may bleed. Lines and borders may appear thicker or thinner; check for inconsistencies.

– Be aware of repeated serial numbers.

If a suspected counterfeit banknote is passed, the note should be handled as little as possible and the matter should be reported to police.

Police also recommend writing down any information relating to the person’s appearance and vehicle or registration.