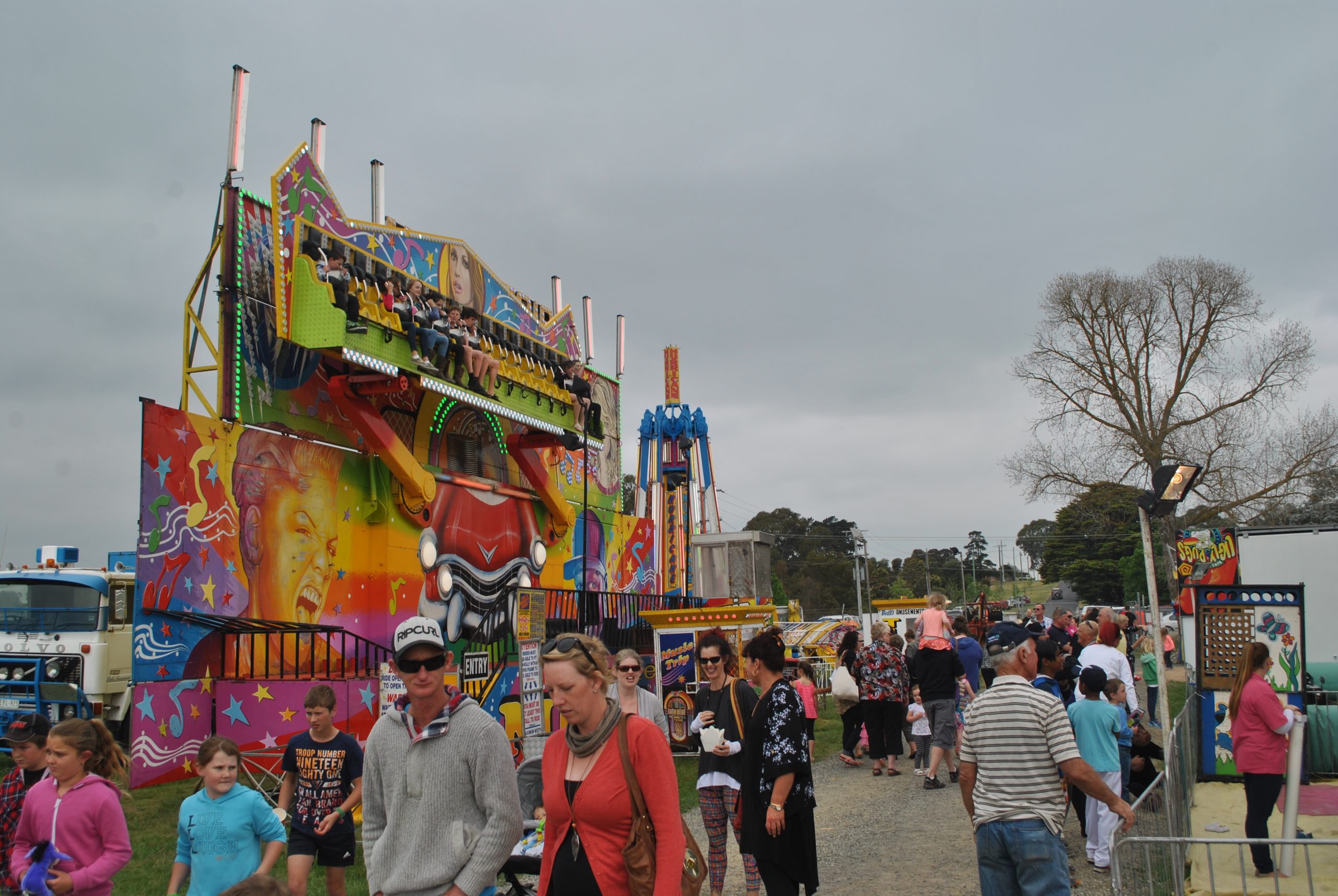 THE 126th Maffra Show on Friday and Saturday has been hailed a wonderful success by president Vicki Hamilton.

Pleasant weather brought record crowds, and all sections of the show had excellent displays.

“Art and produce pavilions had a magnificent display of entries,” Ms Hamilton said.

“Livestock, including beef and the dairy Jersey feature as well as poultry were all very successful. The new ‘Supreme Ridden Horse’ competition was won by Briony Payne on Wesswood Magic Caste.”

The International Food Festival with a wide variety of foods and Flamenco music and entertainment such as Greek dancing kept the crowed entertained throughout the day. The sushi Lego train was a crowd pleaser.

Patrons were enthralled with the traditional New Zealand hangi, with its giant fire white hot steel rocks, which was then sold to the patrons at the night carnival.

The inaugural Maffra Mile had Riverslea’s Hayden Stead win the men’s race at four minutes 49 seconds, whilst in the women’s race Cass Hallam took out the title with a time of five minutes 36 seconds.

“It was wonderful to also have the Brian Daly smash up derby back,” she said.