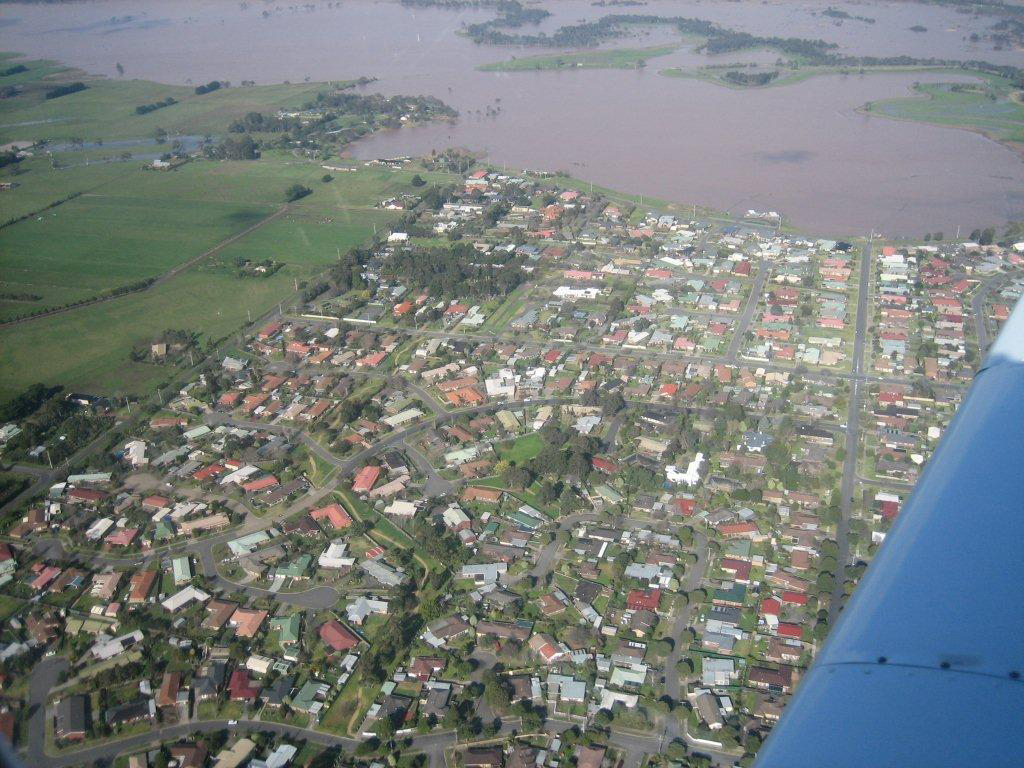 OBJECTORS to a proposed subdivision of land on Sale’s Stevens St are concerned ratepayers could be left to foot the bill if there is a repeat of the 2007 floods.

They have uncovered a privately taken photograph of the land proposed for residential subdivision which they believe shows flood waters covering the proposed residential lots.

They argue if council approves the subdivision at its December 16 meeting ratepayers, through the council, may be liable for any litigation arising from compensation claims when the area floods again.

Ron Gregory, who lives opposite the proposed subdivision, told the Gippsland Times he believes there must be an error in the accepted flood levels.

“The photograph establishes that the area does flood.

“In the photograph the water is abutting the existing building, so someone has got their flood levels wrong, there is the photographic evidence,” he said.

” Historically all that area has flooded, you have to ask what has changed?”

“We need to ask councillors should they be concerned about litigation that could arise if the subdivision goes ahead.

When the proposed subdivision was submitted to council on June 3 councillors were told that as part of the proposal to retain a green, open character for the subdivision and to help assimilate the new buildings into the sensitive landscape, specific design and development guidelines have been prepared and draft subdivision layouts designed.

The proposed provisions would ensure council retained ongoing control over the design and development on the lots.

Among the provisions were requirements for all buildings not to exceed a maximum height of 4.5 metres above the natural ground level.

There will also be restrictions on how close buildings can be to areas subject to flooding.