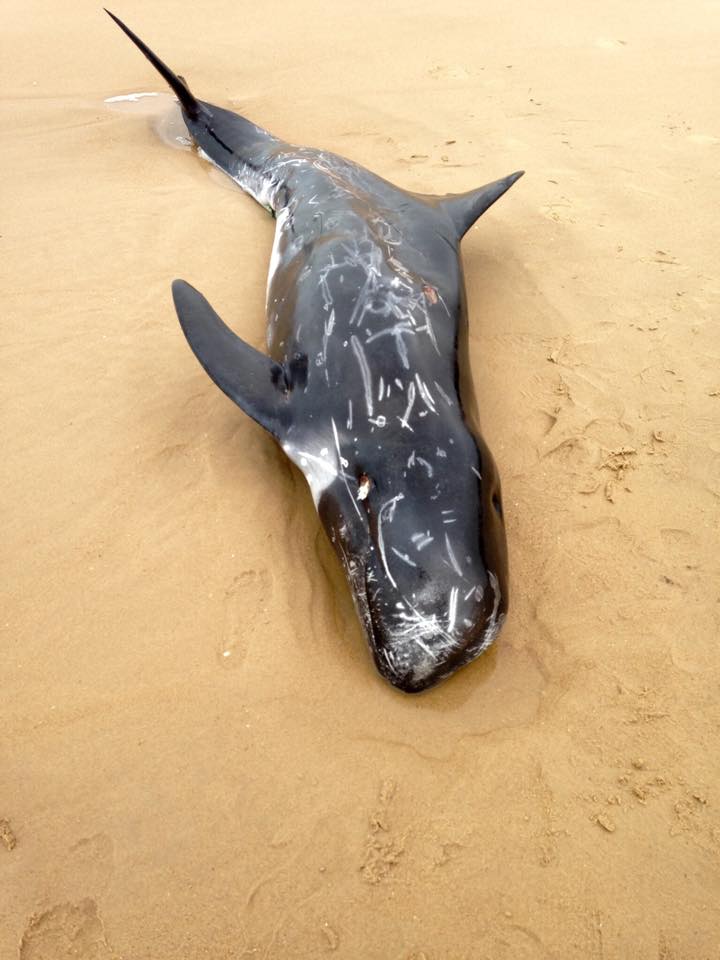 A RISSO’S Dolphin stranded at Golden Beach which later died is the subject of a post-mortem examination to determine why.

On Sunday afternoon reports were made of a black “baby whale” stranded alive at Golden Beach.

Members of the public tried to re-float the animal and it washed out to sea about 7.30pm.

Department of Environment and Primary Industries incident controller Charlie Franken said the description fitted a young adult Risso’s Dolphin and photos provided by a member of the public confirmed that it was.

“The animal has since been found dead and DEPI staff have arranged for a post-mortem examination to be conducted,” Mr Franken said.

“The results will be shared with Museum Victoria, researchers and other interested organisations.”

Mr Franken said the dolphin was in extremely poor condition visually and the cause of death was unclear, adding that animals with health problems often beached themselves.

Mr Franken said Risso’s Dolphins lived in large pods and scratches on their bodies were mostly caused by the teeth of other dolphins in their pods.

“This is the second stranding of a Risso’s Dolphin in Victoria within three weeks and the tenth across the eastern seaboard (New South Wales, Victoria and Tasmania) in recent months,” Mr Franken said.

“Relevant organisations are discussing the possible implications of this and are interested in any further sightings of stranded dolphins along our coast.”

Katrina Nuttall from Sale was at the beach and said she initially thought the dolphin, about three metres long, was a juvenile pilot whale.

She and her partner dragged it back into the ocean on Sunday where it swam back out to sea.

Ms Nuttall said she was sad to hear that it had later been found dead.

Mr Franken said members of the public seeing stranded dolphins should phone the Whale and Dolphin Emergency Hotline on 1300 136 017.