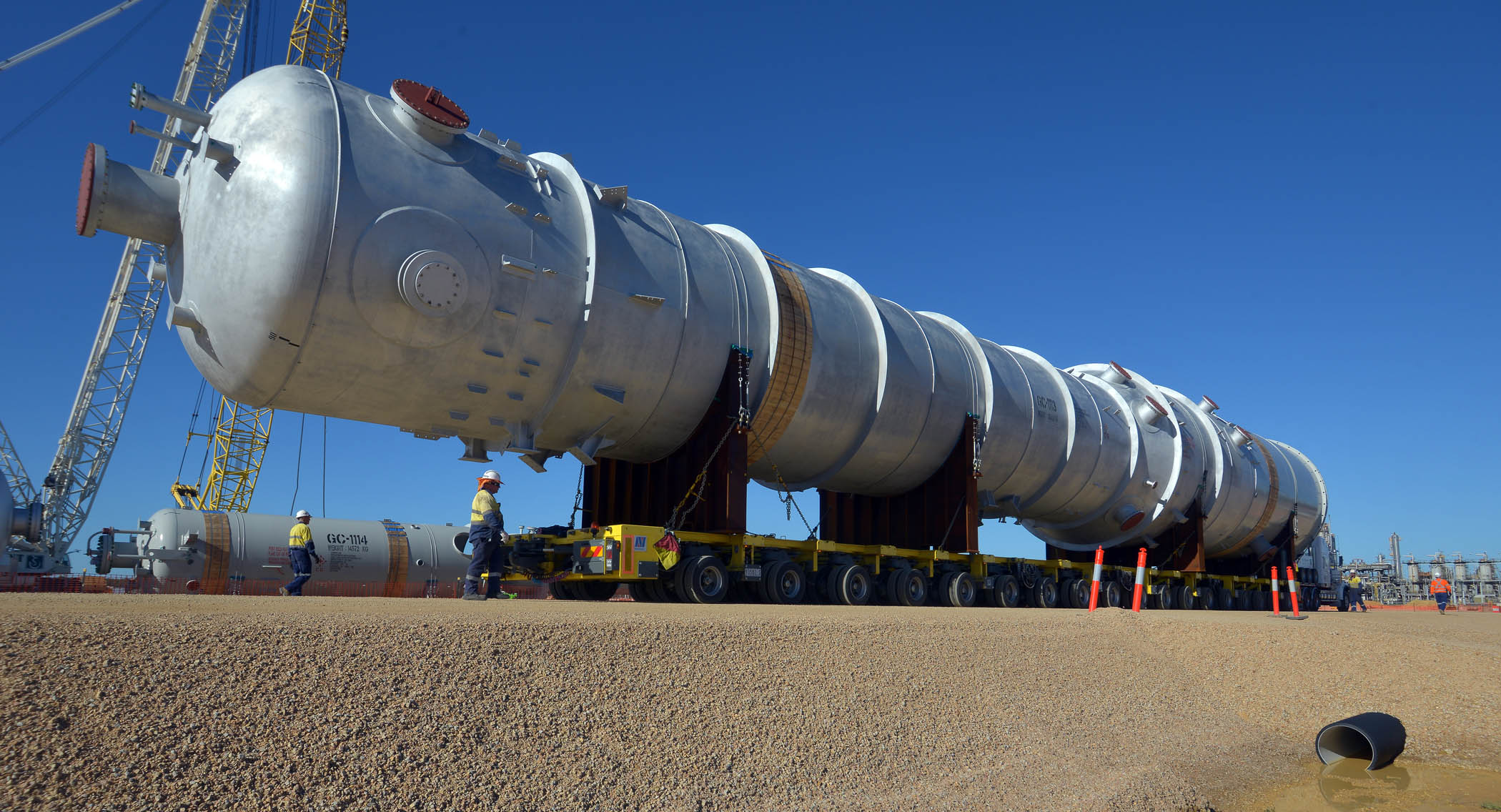 The specialist gas processing equipment was built and transported to Esso’s Barry Beach terminal by ship in early December by manufacturers in South Korea, experienced in heavy vessel construction.

The processing equipment will be used in the construction of Esso’s Longford Gas Conditioning Plant project, on land adjacent to Esso’s existing Longford facilities, which will process gas from the largest domestic gas development on Australia’s eastern seaboard, the multi-billion dollar Kipper Tuna Turrum Project.

An Esso spokeswoman said many months of detailed planning had gone into moving the equipment safely, with the largest pieces of equipment being transported at night to reduce inconvenience to road users as much as possible.

Smaller equipment deliveries have also occurred during the day.

The journey from Barry Beach to Longford took about 4.5 hours.

Deliveries were spread over several days to minimise road congestion.

Construction of the gas conditioning plant began in December 2013 and the new plant is expected to be online in 2016.

The process equipment will be lifted vertically into position using heavy lift cranes and it is expected it will take many more months to mechanically connect the equipment.

It is anticipated the construction direct labour workforce will soon near its peak of more than 350 people and may involve other specialists and contractors as needed.